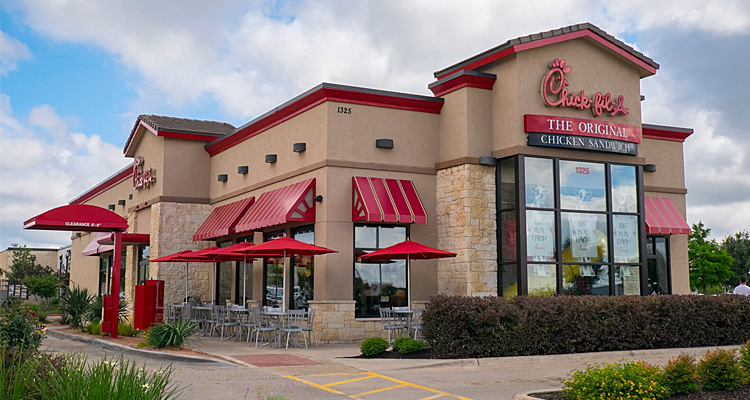 The Battle of Chick-fil-A might be the first culture clash where both sides consistently win. A decade of public relations warfare hasn’t halted the progress of either adversary toward its goals, and since the two began shading each other Chick-fil-A has expanded to 47 states and same-sex marriage is in all 50.

I served a few years in the queer boycott of Chick-fil-A, answering the call-to-arms in response to CEO Dan Cathy firing off gratuitous missives about the company opposing same-sex marriage in the summer of 2012. A year before the U.S. Supreme Court’s rulings in the Prop 8 and Windsor cases and three years before Obergefell, things were already bleak on the southern front of the fight for marriage equality when we learned even deep-fried chicken sandwiches had declared against us.

Many of my comrades had been fasting from Chick-fil-A for years, some for its showy religiosity but most since becoming aware of the owners’ charitable donations to anti-gay organizations such as Focus on the Family. Chick-fil-A revamped its philanthropic strategy and formally retreated from the public discussion of social issues within months of Cathy’s comments, and soon Cathy was no longer the public face of the family-run chain – unilateral concessions that were dismissed as cosmetic changes.

I ended my boycott with a Victory-Day lemonade the afternoon the Supreme Court legalized same-sex marriage nationwide in 2015, and I know there are many who consider my service inadequate and incomplete. Chick-fil-A has shown us who it is, and the worst I’ve seen are obnoxious Christians who are learning their economic survival depends on their cultural maturation.

They’ve gone from funding the National Organization for Marriage to supporting the Fellowship of Christian Athletes, and some LGBTQ hardliners allow no distinction between a student activity group and a terrorist organization. Activists inflate Chick-fil-A’s original sin by suggesting its dollars were funneled through layers of domestic and international intermediaries to support genocidal causes like the “Kill the Gays” bill in Uganda, using logic that would convict anyone who puts gasoline in his or her car of financing Al-Qaeda.

As the modern brand most synonymous with bigotry, Chick-fil-A has unseated Cracker Barrel, which once included homophobia and racial prejudice in its employee handbook and guest-relations training. The country eatery that used to fire queer workers and segregate black patrons seems to have undergone whatever atonement is necessary for it to not be totally, out-of-the-question blasphemous for someone to recommend it for brunch.

Chick-fil-A’s latest update to its charitable giving was met with skepticism and the battle-cry of, “Too Little! Too Late!” Some folks will never forgive Cracker Barrel or Chick-fil-A, and I encourage them to continue affirming their dignity and will by not patronizing those who have disrespected and underestimated them.

That does not make traitors to their kind of those who can dip an eight-count into polynesian sauce without feeling existentially threatened or resentful. By outright dismissing or ignoring all capitulations businesses, or people, make as they catch up to our understanding of ourselves, LGBTQ folks can be seen as the ones looking for a food fight.