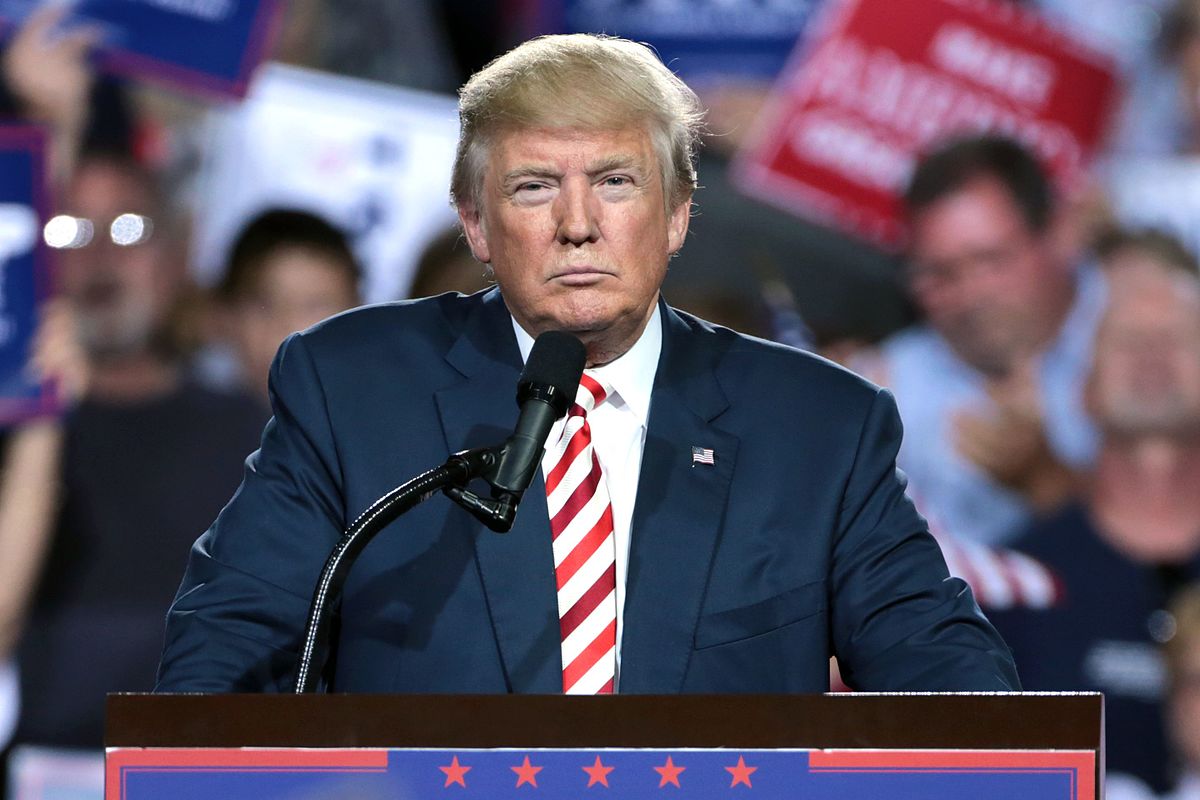 Creep of the Week: Donald Trump

If all goes well, by the time you read this Donald Trump will no longer be president. But 2021 has not been going well. And it’s Donald Trump’s fault.

When Trump won the 2016 election there were a lot of people, myself included, who felt an unshakable sense of foreboding knowing that this didn’t start well, it isn’t going to go well, and it isn’t going to end well.

I’ve been writing this column for over 15 years. And I’ve been following the rightward trajectory of the Republican Party for longer than that. None of what has happened is surprising to me. Trump isn’t an aberration of the GOP, he is what they’ve been aspiring to for decades: authoritarian rule with draconian laws intended to oppress and harm women and minority groups of all kinds: the poor, LGBTQ people, immigrants, Black and Brown Americans. The list goes on and on. Republicans have long asserted that government doesn’t work and then set out to prove their point by refusing to govern. Instead, Republicans have used the government to make the rich richer and to convince white people to vote for them by promising to use the government as a cudgel to bludgeon the people they don’t like. They also have been outright lying in ways that have divided Americans from each other: immigrants are stealing your jobs, gays are after your children, same-sex marriage will destroy society, Democrats are a pedophile cabal, guns make you safer, voter fraud is a widespread problem. Those lies only intensified under Trump.

And so what we saw at the U.S. Capitol on Jan. 6 was a logical manifestation of what happens when a major political party who has spent decades scaring the shit out of people goes all in on Operation Your Conspiracy Theorist Uncle Is In Charge Now under Trump. They’ve brainwashed a significant portion of the country into believing that they, personally, are under attack. Trump’s cruelty and encouragement of violence has always been part of his brand and, indeed, part of his appeal. Republicans loved his tough guy act because they have the hots for authoritarians. Any Republicans repulsed by him were willing to look the other way if it helped get radical right-wing judges appointed.

The rhetoric of Trump supporters has always been, uh, problematic: “fuck your feelings” and “suck it up, buttercup” and “liberal snowflakes.” Forgive me if I don’t feel obligated to reach out and comfort these folks. Besides, comfort isn’t what they want. Being aggrieved is a lifestyle choice. They are the victims of a vast liberal conspiracy, after all. Who am I to take their identity away from them?

Now, when I say I wasn’t surprised by what happened on Jan. 6, that’s not to say I wasn’t horrified. I was. And I still am. Republicans have been quick to call for healing, but they aren’t interested in accountability so much. It’s like demanding someone heal right after you’ve stabbed them in the neck. That’s not how it works.

Every Republican who supported, aided and abetted this terrorist attack must be held accountable. They must be removed from office. This includes Trump. There is no forgetting and moving on in the name of unity. We did that after George W. Bush lied to the country in order to start the Iraq war. Make no mistake that Republicans took that as a loud and clear message that they can do whatever they want without consequences. Trump has already gotten away with more than even the most evil villain could dream of. We must throw the book at him. And then force him read it, which will be the true punishment.

Trump must be impeached again. He must be removed. He must not be able to run for public office ever again. And may the stain of the Trump name keep the rest of his family out of politics for all time.

If Jim Morrison can be arrested in 1969 for starting a riot by pulling his dick out on stage in Miami, Donald Trump should be able to get arrested in 2021 for starting a riot to overthrow the government in Washington, D.C. Because what we saw at the Capitol was far more obscene than the junk of a sweaty dude mumbling his way through “Break On Through (To the Other Side),” the lyrics of which the terrorists in D.C. took to a very literal level.

There is no sugarcoating this. The Republican Party needs to stop coddling this president. They need to stop making excuses for treasonous behavior. They must reject the extremism that has overtaken the party. Their followers have been radicalized. And they are largely responsible for that.

And this isn’t even taking into account the fact that we’re closing in on 400,000 COVID-19 deaths in this country because Republicans have so completely botched the response.

So GTFO, Republicans. And DO let the door hit you on the way out.

D’Anne Witkowski is a poet, writer and comedian living in Michigan with her wife and son. She has been writing about LGBTQ politics for over a decade. Follow her on Twitter @MamaDWitkowski.