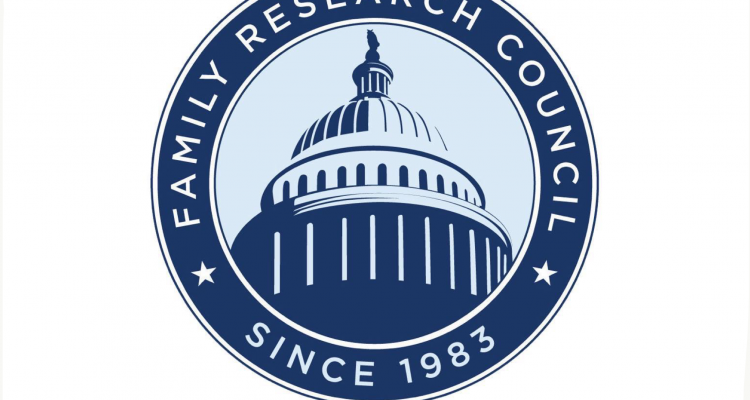 Grifters gonna grift, and one of the biggest grifters of them all is the Family Research Council, an organization that operates under the guise of Christianity to capitalize on fear and spread hatred and lies.

The day before Giving Tuesday, I got an email from FRC urging me to rush a gift to them so that I can double my impact with their $100,000 matching gift challenge. The email included a photo of a white blonde headed kid, perhaps five or six years old, looking up at a chalkboard with “LGBT” written in colorful chalk above his head. The kid is scratching their head as if to say, “What’s this crazy sex stuff I am learning about in my hedonistic public school?”

Indeed, the email reads, “This year, the battle over truth has been active on so many fronts. It’s because the far Left sees your freedom of religion and conscience as obstacles to their anti-biblical vision for society.”

“That’s why they are actively and aggressively striving to undermine and strip away many of our rights in a campaign to transform America,” the email continues. “FRC is equipping parents, pastors, and citizens with tools they need to stand up for religious liberty and parental rights.”

In other words, you give us money so that we can continue our attack on LGBTQ people and students as well as our “Critical Race Theory” conspiracy bullshit that seeks to stop kids from learning about racism since the R in FRC stands for, you guessed it, racism.

I mean, they say it stands for “Research” but critical thinking is not on brand for FRC. Racism, on the other hand, is.

FRC is VERY concerned, and has been for decades, that America’s school children might learn that not only do LGBTQ+ people exist, but that LGBTQ people are human and have rights, including the right to live without being persecuted by the Family Racist Council.

“In our divided culture today, speaking biblical truth and obvious biological facts can lead to a battle for your religious freedom,” they warn.

The “biblical truth” and “obvious biological facts” they are referring to? Why, the Loudoun County, Virginia teachers I was just writing about who are going to sue instead of following their school district’s direction to treat their trans students with the most basic of human decency: acknowledging that they exist.

You might remember it all started with gym teacher Tanner Cross (yes, that is his name, I know it’s too perfect) who was placed on leave after declaring, “I’m a teacher, but I serve God first, and I will not affirm that a biological boy can be a girl and vice versa.”

He added, “It’s against my religion, it’s lying to a child, it’s abuse to a child, and it’s sinning against our God.”

OK, Tanner Cross, if that’s your real name (It is. I just can’t get over it, though). We get it. You think you’re protecting kids by fundamentally rejecting who they are. Trans kids are like Beetlejuice. If you don’t say their pronouns three times in a row, they don’t exist. How convenient.

Look, I’m not going to tell you how to spend your money…

Wait, actually, I am. Don’t give your money to FRC. They say they are doing God’s work, but it’s more like they’re stuffing a sweat sock full of quarters to swing at the least powerful and disadvantaged like, oh, LGBTQ+ people and anyone who isn’t a white Christian.

But if you’re wondering why people DO give money to FRC, it’s because those people are too chickenshit to fill that sock up and swing it themselves. This is the same reason people vote for Republicans, by the way. Why do the dirty work yourself when you can hire someone else?

No matter what day you read this, I encourage you to give to an organization that helps LGBTQ+ people and fights against racism. I also encourage you to consider running for local office, especially for school board. The anti-LGBTQ/anti-vax/pro-racism right is mobilizing right this very minute to fill school boards with people just like them. And, spoiler alert, they don’t have your kids’ best interests at heart.