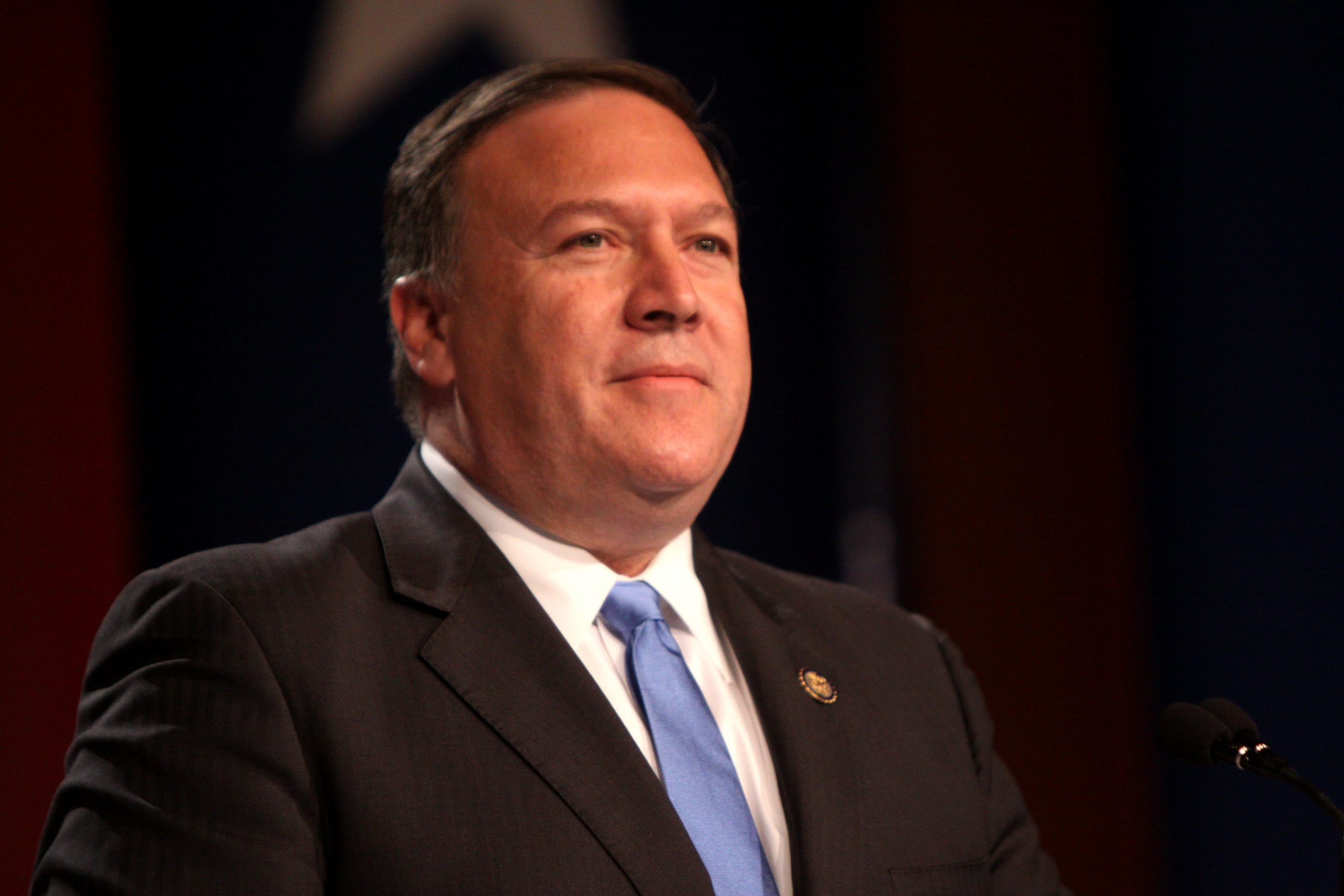 Creep of the Week: Mike Pompeo

I’m in Philadelphia visiting my sister and apparently during my trip there were Nazis marching here and chanting “fuck the gays.” Ah, America.

Meanwhile, people are debating whether or not “cancel culture” is the real evil in today’s society and supposed intellectuals are arguing that protecting free speech is more important than protecting people from the violence that speech encourages and incites. There is no world where Nazis marching around with their swastika swag shouting anti-gay slurs isn’t an encouragement of violence. It’s not like there isn’t a lot of history you could refer to in case you were wondering if Nazis were, like, bad. Given the history and given what Nazis advocate (extermination of groups of people they don’t consider human), I’m 100% okay with Nazis being canceled. That doesn’t threaten my freedom, it protects my life.

And speaking of Philadelphia, Secretary of State Mike Pompeo gave an address here on July 16 where he basically said that way too many people were trying to get their hands on human rights and that from now on the only ones that count should be religious freedom and property rights. He wants to see us get back to the “Judeo-Christian tradition on which this country was founded.”

Call me crazy, but that sounds a lot like what pro-slavery folks were arguing back in the day. That is fitting since Pompeo is not having it with New York Times’s 1619 project, which is about slavery, calling it “Marxist ideology.”

“America, uniquely among nations, has the capacity to champion human rights and the dignity of every human being made in the image of God, no matter their nation,” Pompeo said. “But to do so effectively, we must insist on the rightness and the relevance of America’s founding principles. Surely, if America loses them, she loses her soul and our capacity to do good around the world. If we adhere to them, we will reflect it we replenish that capacity.”

It is, frankly, stunning to think that America still has a soul and the capacity to “do good around the world” with folks like Pompeo in charge.

Anyway, needless to say Pompeo’s view of human rights does not include the rights of Black people, women, LGBTQ people, immigrants, etc. In fact, one could argue that his narrow framing of human rights is intended to push those rights out.

In fact, people are arguing that.

“The Department of State’s effort to cherrypick human rights — in order to unlawfully deny the rights of women, LGBTI people and others — is a dangerous political stunt that could spark a race to the bottom by human rights-abusing governments around the world,” Amnesty International’s Americas Director Erika Guevara-Rosas said in a statement.

Guevara-Rosas also pointed out the absolutely appalling timing of Pompeo’s anti-human rights crusade, stating, “While the global pandemic killed over 100,000 people in the United States, the Trump administration has disgracefully sought to abandon its obligations to uphold the human rights to health and freedom from discrimination, among others.”

As Secretary of State, a global health pandemic, especially one that has hit the U.S. so hard — due to the Trump Administration’s own incompetence, but still — you would think that Pompeo would be, like, laser focused on working with other countries to eradicate this virus and save lives. But, no. He is laser focused on making sure LGBTQ people and other groups that are oppressed around the world know that their humanity is not recognized by this administration.

Pompeo said that we are dealing with human rights “inflation” that trivializes “core American values.” It reminds me of a button I saw at a gay bookstore that read, “If gays get civil rights then EVERYONE will want them.” Apparently Pompeo read the same button but doesn’t understand sarcasm.

In its submission to the U.S. Department of State’s Commission on Unalienable Rights, Amnesty International called on the U.S. government to make a commitment to protecting human rights rather than seeking to dismantle said rights.

“Instead, the U.S. government has recently abandoned its seat on the UN Human Rights Council, refused to respond to letters of concern by UN human rights experts, and now is seeking to deny reproductive rights, LGBTI rights and socio-economic rights, among others – which it frames as ‘divisive social and political controversies’ – by unilaterally redefining what ‘human rights’ mean, and rejecting the interpretive authority of UN and other international human rights bodies.”

This, folks, is what America First means. It really means that we stand alone, not victorious, but shunned around the world for being an embarrassing failure. There aren’t a lot of other countries begging to hang out with us right now. The U.S. is hella unpopular. You could even say that on an international level, the U.S. is hurtling toward being cancelled. With folks like Trump and Pompeo in charge, not to mention Attorney General Barr, we are doing our best to be our worst. And it’s working.

I would also love to see Secretary of State Mike Pompeo canceled and the best way to do that by the way would be to defeat Donald Trump in November. May no member of his Hatred Administration live comfortably or without wrath another day in their lives.