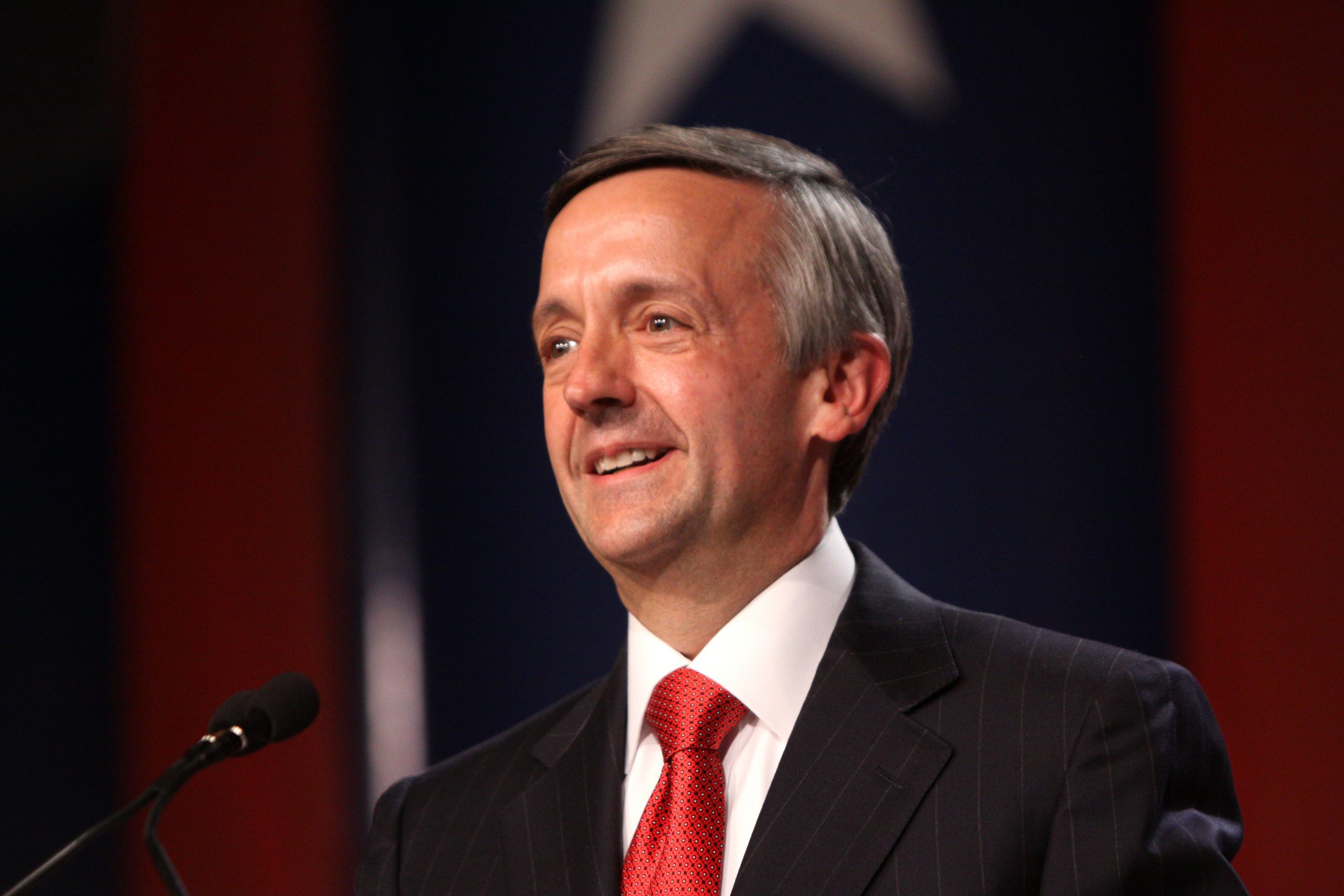 Creep of the Week: Robert Jeffress

In the past month you’ve no doubt seen headlines like, “Can your marriage survive the coronavirus?” or “15 Tips On How To Stay Married During Quarantine” or “Yep, we’re all fighting with our partners right now.”

The fact is, being with anyone 24/7 can be challenging, even if he/she/they are supposed to be the love of your life. Marriage is hard. And according to the National Center for Health Statistics, marriage rates dropped dramatically in 2018. So we can’t blame COVID-19. So what could possibly be causing this?

The American Family Association’s One News Now has an idea: the gays.

They trace, without evidence mind you, the declining marriage rates back to the Supreme Court’s 2015 Obergefell ruling. You know, the one that made marriage equality legal in all 50 states. And that apparently turned marriage to shit for heterosexuals.

“Whenever you counterfeit something, you cheapen the value of the real thing,” Texas pastor Robert Jeffress told AFA’s One News Now. “And if you expand marriage to, basically, any definition you want – two men, two women, three men and a woman – I mean, if marriage is what you want it to be, why bother to get married at all?”

Interesting logic there. If the gays can have it, then it’s not worth having.

Also worth noting that Obergefell did not legalize marriage between three men and a woman, so I’m not sure where he’s getting that from. Maybe he’s misremembering the 1987 comedy “Three Men and a Baby” in a way that makes me fear for him.

The lead author of the NCHS study, Sally Curtin, told the Wall Street Journal, “Millennials are in peak marriage years, their 20s and 30s, and it’s still dropping. This is historic.”

Those darn Millennials! Maybe they’d be getting married if they weren’t so busy eating avocado toast.

Surely the reason Millennials aren’t getting married is because they look at gay and lesbian couples getting hitched and are like, “Ugh. What a pointless institution.”

But that makes no sense since younger people are in favor of marriage equality at higher rates than older people.

So if it’s not the gays, then what is it? I have some theories.

Money: People in their 20s and 30s are living through their second “once-in-a-lifetime” economic decline. They’ve been told that going to college is definitely worth it and then graduating without those fabled cash-money-post-college jobs. On top of that, they’re being told that not getting a six-figure salary is because they’re lazy AND they’re drowning in student loan debt they can’t pay off. Marriages aren’t cheap, and weddings are expensive! I know a couple who aren’t married because he has student loan debt that would wreck her credit if they were. They even have a kid together. And not once have they blamed me and my lawfully wedded wife for this.

Sexism and misogyny: It’s cute that right-wing Christian conservatives want to blame same-sex couples for making marriage look cheap while at the same time treating Donald Trump as a messiah. The man has been married multiple times, cheated on all of his wives and he and has been accused of rape and sexual assault by one of his ex-wives and over 20 other women. He paid a porn actress money to have sex with him, he openly bragged about sexual assault into an open mic (“grab them by the pussy”), and he continuously treats the women he interacts with, whether they’re reporters, federal lawmakers, governors, or world leaders disrespectfully. With so many men (read: white men) supporting this creep, I would not be surprised if women in their 20s and 30s were saying, “Aw, hell no.” For Christian conservatives to blame gays on marriage’s failings on the one hand and then on the other hand hold Trump up as a human being beyond reproach? Well, congratulations. You played yourself.

Lies: People are tired of being lied to and shamed: Our culture is constantly in flux, despite the fact that groups like the American Family Association and folks like Jeffress think everything is rigid and defined. You can’t have sex before marriage? Lie. Having sex before marriage sullies you? Lie. The only reason sex exists is to have all the babies? Lie. There are only two genders and two possible expressions of gender? Lie. Women can have it all? A lie in this country still steeped in patriarchy and sexism and lacking institutional support for families. Ever peeped day care prices? The “stay-at-home mom” idea is nice in theory, but we don’t make it easy for women to transition in and out of the workforce, nor do we make it financially feasible to do so.