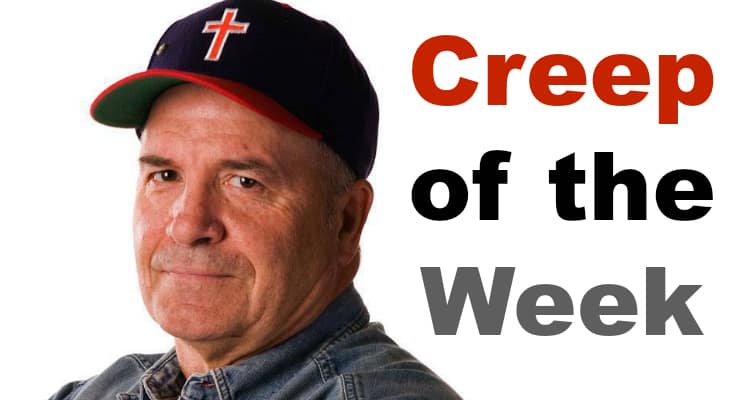 Creep of the Week: Dave Daubenmire goes after … Rachel Maddow?

Let’s talk about what a dum-dum brains Rachel Maddow is.

Full disclosure: I watch Maddow’s show as often as I can. I’ve read “Drift,” her book about the military. I find her insightful, funny, super hot and, above all, brilliant.

But then I heard Christian sports radio talker Dave Daubenmire tell me that she’s an idiot.

During his March 2 broadcast, Daubenmire complains that some people think he’s dumb. He lashes out at “those people, those elitists, people who go to university.”

“They think they’re smarter than everybody else,” he said. “What we’re seeing going on in the American society today is the adoration of knowledge.”

And to prove that he’s the smartest (but not, like, elitist smart), he wants to debate … Rachel Maddow?

Now, you might be tempted to point out that Maddow went to Stanford. That she was a Rhodes Scholar. That she has a doctorate from the University of Oxford. That she has, you know, her own TV show on a major network. That she’s written a bestselling book.

But ask yourself, does she have her own YouTube video movie show like Daubenmire? No. No, she does not.

Does Maddow know that Obama and Hillary Clinton are controlled by demons? That God “supernaturally intervened” to make Trump president? That chemtrails and Pizzagate are real? That public education is “the spiritual raping of children?” That Satan orchestrated the Super Bowl performances of both Katy Perry and Lady Gaga? Because if she’d been listening to Daubenmire for the past couple of years, she’d know the truth.

During his March 2 show, still directly addressing Maddow, Daubenmire asks, “You’re the smart one and I’m the dumb one?”