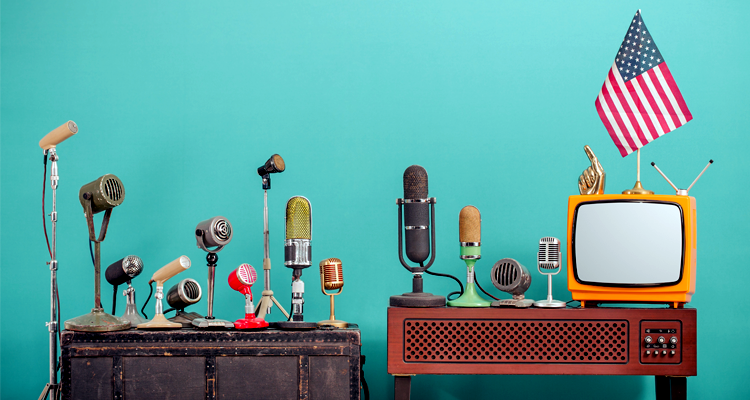 I recently returned to the United States. It was my first visit back “home” in almost two years, my annual visit to family having been delayed due to COVID-19 restrictions. Although I permanently live in France, I am still deeply immersed in American news and culture. My husband and I channel surf each evening, watching the news on English-language stations such as CNN and the BBC (although we tend to settle for watching France24’s top of the hour headlines: we like their aesthetic, and they have a wider outlook for news stories), followed by watching American films and series on Netflix.

But there is something about being physically someplace, breathing in the scenery, seeing and listening to real people in unguarded moments, that watching remotely on television can never replace. Prior to returning to ‘Merka this spring, I was prepared to grant that while Hollywood and the mainstream media sought to accentuate the absurdities of contemporary America for ratings, it largely exaggerated the differences that might exist between the U.S. and France.

My first inclination that I was unprepared for the growing disparity between my “rose-tinted” view and the reality of life in America was when I turned on the television in my hotel to learn of the daily toll from gun violence.

A mass shooting at a UPS warehouse, followed by another shooting of an unarmed Black person, followed by a workplace shooting … each day brought a new tragic story which would immediately be tsk-tsked by the commentary professionals and discarded down the Memory Hole. I had forgotten how gun violence was such a persistent feature of the daily American psyche. Surely this must eat away at one’s soul.

The next day, while having breakfast in the hotel morning lounge (it wasn’t really a restaurant, but they did serve a sort of breakfast that would horrify most French people due to the levels of sucrose offered — fruit drinks, sugary cereals, frosted muffins and pastries, and artificially flavored yogurt), one of the television monitors was broadcasting an MMA fight. I had completely forgotten about this uniquely American subculture, how kids grow up watching the ridiculous and slightly homo-erotic “professional” wrestling, how they act out the simulated fights in their backyards and then graduate to MMA with these matches filling arenas across the country. In France they televise pétanque (bocce ball) matches on their sports channels, not MMA.

Of course the American diet of sugar and processed food has been generations in the making, so that today there is an explosion of diabetes in the country. While diabetes exists everywhere (even in France), its proliferation in the land of fast food, sedentary comfort, and obesity is astonishing to me. In the past I was used to seeing a Starbucks on almost every major intersection in cities, but now I saw at least one (sometimes two) dialysis “spas.”

I decided I wanted to take a walk from my hotel to a nearby restaurant that night; it was slightly less than a mile away and would be some incidental exercise for me, since I had spent most of the day seated. I quickly discovered that walking in this suburban neighborhood was at my own peril. There were absolutely no sidewalks, just one parking lot after another, from each strip mall to the next, which forced me to either walk on the highway shoulder or cut through shrubbery to get to the next parking lot as I plodded toward my goal. I took an Uber back to the hotel afterward. Again, the contrast with France, and Europe more broadly, was stark. Every village, town, and city comes equipped with sidewalks; the urban experience is meant to be shared between pedestrians, bikes, cars, and buses. In America, however, the car is king.

There is much that I miss about the United States. The level of customer service is still high, at least when compared to France. I was usually greeted with a smile and “how are you” when entering a business, and employees made an effort to help me out if I asked a question. I was able to get my COVID-19 vaccination while visiting as well, whereas the delays and hurdles to get one in France are endemic of a larger problem with the French bureaucratic mentality. And as much as I might decry the nutritional challenges faced in the States, I feasted happily on dinner after dinner of delicious Tex-Mex (a rarity in France).

One afternoon I listened in on a conversation as a woman was talking about going to the gun range, followed by an evening cheering on her husband and son as they participated in a darts competition at a local bar where they “snacked” on chicken wings, mozzarella sticks, and a plate of nachos. While she seemed like a lovely enough person, I wondered what, if anything, we had in common other than having been born in the same country.