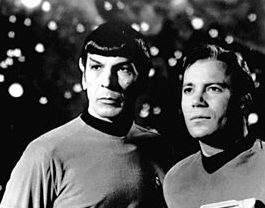 Cures for Getting Past Corona: How We Can Live Long and Prosper

On countless episodes of “Star Trek” (the original series), the crew of the Enterprise or the population of some distant and exotic planet would find themselves afflicted by some new and heretofore unknown malady that threatens the lives of the crew or even of humanity as a whole. It could be premature and rapid old age, grotesque lesions that drive a man mad, parasites that take over one’s nervous system, or even a giant-sized single-celled organism that swallows whole planets. One thing that they all had in common was that a cure would inevitably be found between the fourth and final commercial breaks. There would be much suspense as Dr. McCoy and Mr. Spock brought all their brainpower and computer skills to bear, but the cure was a forgone conclusion.

In real life, there are very few magic potions or miracle pills, and that includes the Coronavirus pandemic afflicting most of the world. Despite the fact that the Chinese insisted that only about 83,000 people in Wuhan had the Coronavirus and only 3,300 died from it (which we now know to have been lies) the scientists across the globe predicted Bubonic Plague-like catastrophic mortalities as it made its way round the world. One study asserted 2.2 million people would die in the US and a half million in the UK. Revised models dropped down to 200,000 in the US, then 100,000, then 85,000 then 61,000.

The initial and ensuing panic prodded our leaders to put the entire country in a lockdown quarantine, which has so far resulted in 26 million Americans applying for unemployment benefits as of April 23rd, wiping out all jobs created and gained since the 2008 recession. Whole sectors of the economy have been decimated – travel, hospitality, restaurants, retailers, publishing, sports, oil and energy, and even vast swaths of the health and medical establishment with more industries to come. Education has been stopped cold. The shutdown of the most populated parts of the country will end up being from 45 to 90 days depending on where you live. The federal government has ramped-up spending to a level that may double the size of the federal budget this year and incur debt and deficits that multiple generations probably won’t be able to repay.

The very social fabric of our country has been torn asunder with the rationale of “flattening the curve.” Some in the media commentariat have led millions of Americans to believe that “curve flattening” is about saving hundreds of thousands of lives, and if we emerge from our hermetically sealed shelters, the virus may kill us all. But they haven’t closed down Sweden or Hong Kong, and the world didn’t end.

I had the chance to speak with one of my doctors who is one of the top in his field nationwide. He converses regularly with colleagues of similar stature in other specialties. He told me bluntly that “flattening the curve was about reducing the demand for ambulances, emergency rooms and intensive care facilities and equipment as the virus hit its apex” and not about reducing the number of cases or saving lives per-se. He went on to tell me that as a result of this the disease will continue in our midst probably for the next year and a half in some form or another in varying degrees of severity, with a dip in the late Spring and Summer (owing to the virus not surviving well in the air and on surfaces in intense heat and light) and a resurgence in the late Fall and coming Winter and beyond. He went on to say that “there will be no cure or vaccine for another year, two or three or maybe never” and that “the medical community is looking at Corona in a similar way to HIV/AIDS, in that there is no cure but enough palliative medication and treatments have been developed so that the infection is not lethal.” They hope to accomplish this for SARS-Covid-19 as well so that the most vulnerable won’t contract Coronavirus and a death sentence simultaneously.

As it is, the overwhelming number of tragic fatalities from Covid-19 have been for people over 50 with a heavy majority being over 65 and among those, a serious mortality rate among the obese and people with other existing ailments. More than 95 percent of those testing positive for Coronavirus will survive it, thank God. It’s not going to kill 2 million Americans. Also, most viral epidemics (yes, including the Bubonic Plague and the Spanish Flu Pandemic) do and will burn themselves out eventually which is why we’re been seeing a precipitous decline in new hospital and ICU admissions even in our hottest spots.

So where does this leave us? Well, as a society until just recently we’ve been accepting of the fact that not every illness has a cure. We have a flu shot each year, but it’s only 50-60 percent effective so that according to the CDC, between 39 and 56 million Americans will come down with the flu, up to 740,000 people will be hospitalized for it and that between 24,000 and 61,000 of us will die from it each year depending on the severity of the outbreak and the mutation. Heart disease fells 647,000 of us (one of every four deaths).

According to the American Cancer Society, there will be 606,520 cancer deaths in the United States in 2020. The CDC also reports that 83,564 Americans passed from diabetes.  The IIHS reports that 36,560 people died in car crashes in 2018. As of April 23rd, 49,885 of us perished from the Coronavirus. There are no cures for any of these things.

We take risks every day we get up, start the car and go to work; anytime we get on a plane, anytime we eat a fatty steak, delve into a tub of ice cream; anytime we have a drink of alcohol, anytime we cross the street, even anytime we shake hands or kiss someone. As adults we measure the risk-reward ratio for all our actions and decide if it’s worth it. As consenting adults, the government trusts us to live responsibly (or not) and doesn’t dictate that we can’t have that hamburger and wash it down with a pitcher of beer. The government doesn’t legislate our sex lives and doesn’t tell us not to drive because we may, heaven forbid, get into an accident.

So, we’ve “flattened the curve” on Corona to the extent that ERs are sitting empty in much of the country. We’re awash in ventilators. The virus will be with us for a while. The government needs to give us a “get out of jail free card” or release us on parole and let us resume our lives. How do we do this and stay safe? By “turning Japanese.” I used to laugh at all the pictures of Asians teeming together in their blue facemasks every winter. No longer. Many would laugh at their custom of bowing in greeting, but it’s a lot safer than shaking hands. In Tibet folks put their hands over their hearts (like when we say the Pledge of Allegiance) and in Thailand instead of shaking hands, Thais greet each other by putting their hands together in a prayer-like gesture and raising them to a position somewhere between the chest and forehead and then bowing. On “Star Trek,” Vulcans greet one another with their hand raised in that “V” or “W” made popular by Mr. Spock and urging the other person to “live long and prosper.”

That might be the way to go. Masks and gloves when out in public. Initially not cramming together like sardines. Use those new digital laser-like thermometers outside every venue to see if someone has fever. Also, for social distancing in travel, airlines could charge more to keep the middle seats empty. Many would pay for the privilege. Ditto with restaurants charging more for increased space between tables. Theaters and sports stadiums can do likewise, charge a premium for increased space. And we’re going to need more hospitals and more beds permanently, so we won’t need curve flattening.

But we must resume work and life or there will be no point in living because there will be no quality of life. Staying on lockdown will financially bankrupt us individually and collectively, this cannot be sustained. Memo to government: We voluntarily acceded to flattening the curve, now treat us like adults and let life resume. Coronavirus will join the panoply of other risks and dangers that we’ll have to live with each day, but we can’t shut the country down any longer or whenever a lot of people unfortunately get sick. Finally, a financially robust America will be better equipped to handle public health challenges more so than an anemic and bankrupt one.

Howard Barbanel is Executive Vice President of Design2Pro, a firm which provides design services for newspapers and magazines around the world, and a frequent contributor to many diverse publications and websites. His work can be seen at www.howardbarbanel.net.