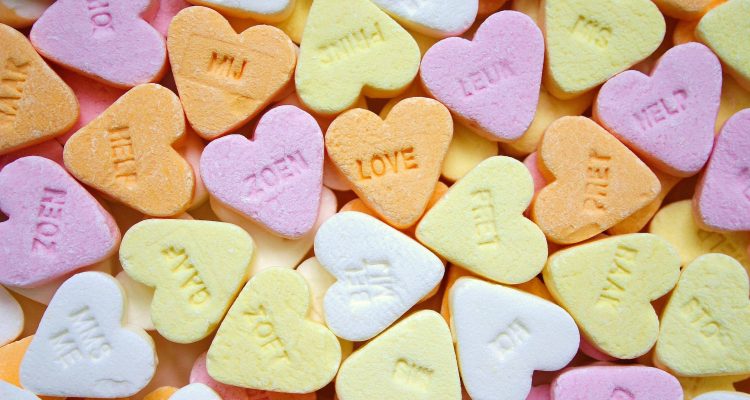 Is there anything more fraught than dating? Some of us really like it, some of us really don’t. Many people like the adventure that dating can be. That can be the most positive experience of it, in a sense. You never know who you’ll meet, the things you’ll experience, the things you’ll learn along the way. It can be a lot of fun and a rush of thrill and excitement and enthusiasm. You feel alive. For others of us, however, dating is nothing but a complete state of botheration.

The people who seem to like dating the most are the serial daters. They are always dating someone – always – though who that person is will change with some regularity. Why serial date? Perhaps they just don’t like being alone but don’t want to be tied down in a relationship. They really don’t like or want commitment but enjoy the relative freedom that dating provides to enjoy someone’s company for a bit. And, if they get tired of someone after a bit, or they are not interested in taking the relationship to any level of depth, or they’ve run out of stuff to talk about, or the sex has become routine, it’s time to move on.

Now, one would think that the serial daters are mostly extroverts. Extroverts thrive on and derive energy from being around others. However, for some of us introverts, serial dating works really well. Introverts are not all hermits. We like but limit social engagement, so dating someone casually, over time, may meet our socialization needs.

Then there are the good folks who really just don’t like dating. For some of us, dating is a pain in the foot, and we’d just rather go ahead and get to the relationship part of it. In my blog post and podcast episode, “Ya Gotta Get a Gimmick,” we talk about the Pre-Husband Interview. It is the checklist that they run somebody through to make sure they really are potential husband material because, if they’re not, then why waste the time? Right? Do they like this movie, this kind of food, this music or recording artist, this sport, this hobby, this video game? Do they have the right answers about friends, family, politics, kids, religion, and places they want to travel? If it all checks out, let’s add some bodily fluids, stir, and bingo, we’ve got a relationship.

Other people don’t like dating because it is too much work and mess: “I don’t want to get involved with anybody and their stuff. Just leave me in peace because I don’t have the energy or interest or desire or wherewithal to put up with all that. I don’t have the time and/or the patience to do the work that goes into building a relationship over time. I’ve got my own stuff to deal with, so, thank you no. I just don’t need the drama.”

Most of us fall somewhere between those extremes. And as we find out, humans can display some really bad behaviors when it comes to dating. Relationships, whether that relationship is with self or others, are very often what people use to make themselves nuts and then they come for counseling. But I digress. Dating can and does – but not always – cause some really bad behavior. There are some new terms out there about some of these bad behaviors but, in truth, these new buzzwords describes some age-old behaviors. So, let’s have a look at some of this nonsense.

Ghosting. Most of us have been both the ghoster and the ghostee. Some people want to blame this on social media and dating apps. I think the truth is that social media and dating apps made it easier for people to communicate with others about it and thus the knowledge and subsequent conversations about it became more widespread, but ghosting has certainly been around a lot longer than even the telephone. As long as humans have been physically mobile, the potential hazard of being ghosted has been there. It is cowardly behavior, and it is irresponsible.

It hurts when we are the ghostee. We have no idea what we said or did, or didn’t say or do, that caused the disappearance. We get no explanation, no closure. If someone you are dating just suddenly disappears, once the sting wears off, consider yourself well rid of them. Because if someone either lacks the courage or the respect to have a conversation with you before going their merry way without you, it begs the question: why would you want someone that gutless or disrespectful in your life? Relationships need attention and honest communication from the get-go, not just after you’ve reached some artificial line of demarcation like, “We’re going steady now, so we will start bringing communication to the relationship pronto.” No.

Mosting. This happens online through dating apps and social media as well as in person. This can happen from the very start or develop over a short period of time. The person you are potentially interested in starts laying on the compliments. You get all kinds of praise about how you are all that and a bag of chips. That has always been a red flag for me when I am first meeting someone and they start in with how hot I am or how nice I am or how much we have in common or all the things they’d like us to do together, or whatever.

When someone whom you have either just met or are in the process of getting to know starts laying it on, beware. My take is that they are certainly looking to see if they can convince you to like them. We all need some positive reinforcement from others. But in this case, the reason and the methodology they are using to “get” you to like them is not truth-based. They want something from you – attention, sex, to keep them company at night, or go with them to some event.

I had a roommate years ago who prided himself on how smart he was because he could manipulate others into doing what he wanted. He felt that if he got away with it, it made him so much smarter than his intended victim because they fell for it or appeared to. Here is the problem: most people know – consciously or subconsciously – when they are being manipulated. It just feels icky. Sometimes we go along for a minute to see where they are going with it, or we feel gratified by it as someone is finally seeing how wonderful we are. Or we know we are being set up and walk away.

Here again, their behavior tells you a lot about them. Children as young as two or three years old try to manipulate their parents or caregivers into giving them what they want as they have not learned yet how to ask for what they want. Or they have learned from previous responses that if they are persistent enough, they eventually get what they want. Ever notice that many times, once they get what they want, they don’t want it anymore? It was more important for them to see if they could do it rather than actually having what it is they say they want.

Compliments and praise need to be genuine. When they are coming fast and furious from someone you have just met or from someone you are just getting to know, whether this is happening in person or in cyberspace, as the robot says on Lost in Space, “Danger Will Robinson. Danger.”

Ghosting and mosting may also be signs someone has trouble with intimacy, vulnerability, trusting love, honesty, and communication. There is always the temptation to think that if I love them enough, they will see the light and heal or change. However, relationships are not about saving someone else or healing someone else’s problems because what happens, too often, is that you end up sacrificing your own well-being in trying to do so.

The point is that if you are ghosted or mosted, it doesn’t say anything about you. It does say a great deal about the person doing it. Your time and attention have value, and when you give those to someone, they hopefully have the capacity to appreciate what they are being given. So do not fret, if someone behaves like this, be grateful you’re finding out about them now, even if it stings in the short run.

Living Skills offers positive psychology counseling, spiritual counseling, and life coaching services in Atlanta, and online. We are sensitive to the needs of the LGBTQ community. Sessions available by Skype. Please email us at livingskillsinc@gmail.com or visit www.livingskills.pro. Podcast: “The Problem with Humans” now available on Apple Podcasts, Buzzsprout, Google Podcast, Amazon Music, and Spotify, as well as on my site. Follow us on Twitter – @livingskillsinc