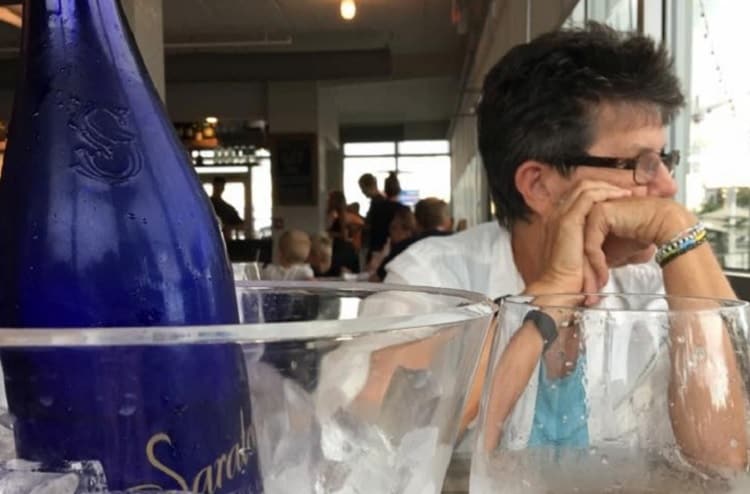 Chris Cash: The courage to change

I’m a long-time member of a certain 12-step group. Anonymity is big for some but it never has been for me. I am proud to be a part of a group who works a program day in and day out to become the best human beings they can. We have a short but powerful saying (many call it a prayer) that has guided both my thoughts and actions on a daily basis for many years. You’ve likely heard the saying but here it is:

Those words were the first that popped into my head when I awoke from four hours of fitful sleep on election night and heard the words I knew were inevitable, ”President-elect Trump.” Knowing that serenity was too much to hope for, without some unlikely assurance from Trump that he would not govern as he campaigned, I turned to the second line. Courage has never been difficult for me. I have stood up to bullies of all types and marched in many protests and launched two LGBT newspapers. The hard part was knowing what to try and change given the numerous threats that a Trump presidency and Congress could herald. I don’t have to name them, we all know what they are and the list is longer than…well, it’s long.

Like millions of others, it took a while for me to stop grieving and get pragmatic about what I could do. I was tired, tired from the brutal campaign and tired of seeing posts by supposed friends who seemed to have no idea what a “fact” is and would not listen to anyone other than those who echoed their own biases. And most disturbing, why would 14 percent of the LGBT community, my community, want a demagogue as their president?

Honestly, I don’t know why. It’s easy, and simplistic, to point to racism and sexism and maybe that is true. LGBT folks, while more progressive than most of the country, are not all cut from the same cloth. But I have known that for a long time, so why was I so stunned by the 14 percent? Because this was no ordinary campaign and no ordinary conservative Republican. We’ve dealt with that before, many times, and we have survived and even thrived. What we have now, as the head of our country, is a big fat unknown and dangerous by virtue of that fact. How do you fight what you can’t grab hold of?

I have always interpreted the phrase “the courage to change the things I can” as the only thing I have the power to change is me. I cannot change you or what you think or believe no matter how good my intentions or how hard I try. And if I wavered on that before, this election proved it to me beyond any doubt.

What I am left with is the challenge of changing me. No matter how “good” or “right” I think I am, there is room for improvement. I must look into the dark corners of my own psyche and have the courage to face and root out any lingering bigotry or ideology. And I am sure they are there. Only by doing that can I do the work that I feel must be done. This election and its consequences is about much more than our community. Until we build a tent that covers and protects all vulnerable people, our work is not done and we are not safe. “Their” fight is our fight. The sooner we accept that, the sooner we can move forward – together.

Chris Cash is co-founder/owner and managing partner of the Georgia Voice.