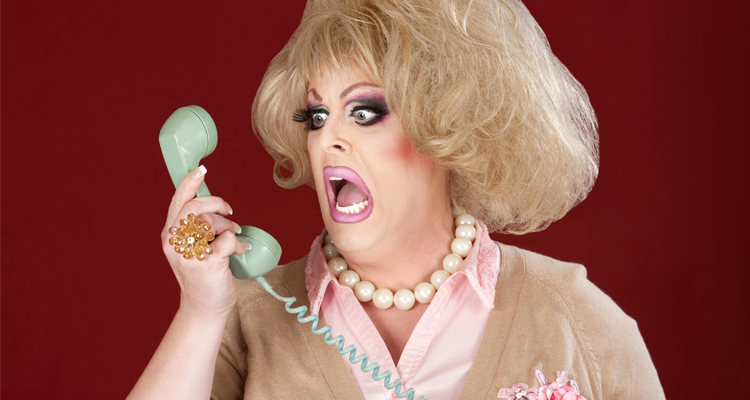 There is drama, and there is being dramatic. Being dramatic is the act of expressing what feel like big emotions. Drama is elevating the trivial or less significant things or events to an inappropriate level of meaning and significance.

Being dramatic can be fun for both the person being dramatic and the people listening. Think of the people who are great storytellers or writers. They have a way of elevating the mundane into something compelling and interesting. They are often articulate and observant and have a way of using their observations to embellish and enrich the stories that they are telling.

Sometimes, dramatization is a way good way of expressing emotions that feel, at the moment, too big, overwhelming, unbelievable, or wonderful. It can play an important role in understanding. Storytelling, in a sense, can help people see the truth. By dramatizing what outcomes could be, you are painting a picture and telling a story that can be helpful.

Drama is a whole different story. EVERYTHING rises to the same level of earth-shattering importance. Whether it’s the butcher at the supermarket seemingly ignoring them or their best friend not listening to them completely, everything is a crisis that must be discussed, processed, and resolved before they can move on.

We have all experienced or know someone who has experienced being caught up in some drama of their own making. At my friend Fred’s workplace, people began leaving. Rather than really delving into the reasons people were leaving, Fred chose instead to focus on the drama going on in the management level just above him. He spent hours trying to decipher what this person meant when they said this or that. He spent months worrying and not sleeping over the current or possible next daily crisis, and this focus on other people’s drama distracted him from the fact that the writing on the wall said it was time to leave.

His job was eliminated. He had had several years in which to send out applications, network, and interview, but instead he focused on trying to control the effect that other people’s drama could have on his livelihood.

Why do people get caught up in drama — either their own or that of others? Because something has to give our lives meaning and significance. That is a basic human need.

Who gets to decide what is and is not significant in your life and what the event or problem or happy occasion means to you? You do. There are no right or wrong answers, and you can change your mind at any time. But a clue that you are a drama junkie is if you give everything the same level of life-changing significance and meaning — which is not only untrue, but impossible. Practice assigning meaning — what does this really mean to me? Practice assigning significance — yeah, it happened but is it really significant? Is it really all that important to me? As you do this, you will find that your life gets a lot easier.

Living Skills offers positive psychology counseling, spiritual counseling and life coaching services in Atlanta and online, including for the LGBTQ community. Sessions available by Skype. Please email us at livingskillsinc@gmail.com or visit www.livingskills.pro. My podcast, “The Problem with Humans” is now available on Apple Podcasts, Buzzsprout, Google Podcast, and Spotify, as well as on my site.