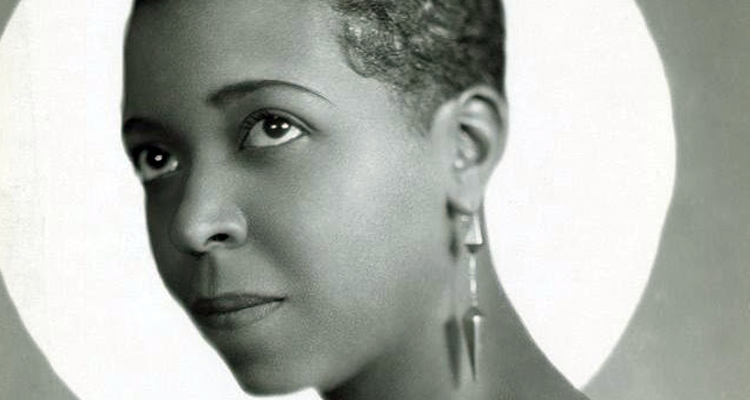 Ethel Waters and the Harlem Renaissance

Oceans of ink and mountains of media have been pulling history’s curtain back to reveal the Harlem Renaissance. Also known as the New Negro Movement, it took place in a small geographical space during a large moment of cultural ferment.

Harlem was the Black Belt: 130th through 140th streets in Manhattan, between 5th and 7th Avenues, one and one-fifth square miles (later to bulge out to three square miles). By 1917, Harlem was already thickly settled. But with war jobs opening up and the terrifying conditions continuing in the South, Black people kept rolling in until an estimated 175,000 made that neighborhood the largest concentration of Black people in the world.

The place was so crowded, some people had to rent “hot beds:” for a quarter, you got a bed for 8 hours, then you were gone. This was contrasted with the elegant multistory brownstones.

Yet shoulders rubbed — a great many of them lubricated. Basically, Prohibition made this Harlem possible. An estimated 150 (some say 300) speakeasies slaked Black and white thirst, and the large vaudeville theaters and nightclubs kept rolling along.

Performing artists appeared, like Cab Calloway and Duke Ellington. There was the key-board pounding, ribald singing, tuxedo wearing Butch Dyke Gladys Bentley. And of course, Langston Hughes, and Zora Neale Hurston. Bruce Nugent too. We had many other creatives, such as bisexual and lesbian women like Nella Larsen and Angelina Weld Grimke and gay men like Countee Cullen.

But so many other people heeded the siren’s call to the place where people made music, art, love, and life. Here you might leave the hateful behind and shake with hope.

One woman who did that dance, but who’s not usually associated with the Harlemite crowd? Ethel Waters: singer, stage, TV, and film actor, dancer, international star.

Her story begins like so many others. Born into bone-crushing poverty in “the bloody eighth ward” outside of Philadelphia, she recalls in her autobiography His Eye is on the Sparrow:

“I never was a child. I never was coddled, or liked, or understood by my family. I never felt I belonged … I just ran wild … I was bad, always a leader of the street gang … By the time I was seven I knew all about sex and life in the raw.”

Very tall and very thin, Ethel “stole because I was always hungry.”

Born October 31, 1896, Ethel was dancing at age 10 in a “respectable dance hall” and married off at 13 to “a repulsive man.” Pleasure came from the traveling “Negro stock companies,” and she got to know the very popular artists, “Butterbeans and Susie.” Ethel learned acting and singing by imitating them, and creating star turns for herself in the long mirrors of places she worked as a chambermaid. “[I was a] real agile shimmy shimmy shaker. I sure knew how to roll and quiver.”

They called her Sweet Mama String Bean when she struck out with them on tour. She sang the blues; “St. Louis Blues” was her signature number.

She traveled the vaudeville and “Negro theaters” circuit (She even played at the two vaudeville theaters that sat side by side on Atlanta’s Decatur Street). She wore thrift store finery until she could purchase more refined gowns.

In 1919, she was offered a gig at the Lincoln Theatre in Harlem. “I went straight to Harlem and I stayed there.”

There was work and play. Pulling down three figures a week plus tips as a nightclub performer, “Ethel Williams, another girl, and I would go to bars and nightclubs …
I’d pick up the check.”

A short liaison with a pugilist provided some hook and sinker moves. She applied these readily when someone moved in on or insulted one of her girlfriends.

Yes, Sweet Mama — and a great favorite with the participants of the hallowed Drag Balls. Beseeching friends would give her gowns a “swaggerin’.” This could go south, though. Once, a favorite black-beaded, ermine-trimmed number was dragged through the streets and spent a night in jail.

The Depression came and squeezed ever tighter. By the late 1930s, that Harlem was over. The hothouse cooled, different peoples left; but artists from that era continued to create. Ethel became the first Black woman to star in a Broadway show. She made movies and records and tours and kept going until her death at age 80.