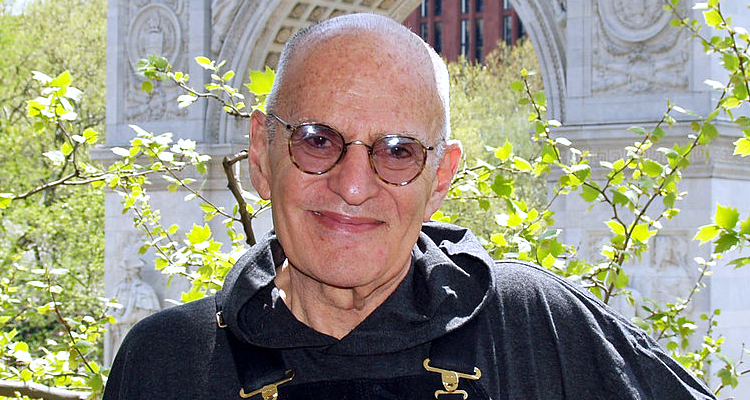 Eulogy for Our Angriest Forefather

Larry Kramer is dead, which is news that HIV, Kramer’s critics and even some of his friends have been pining to receive for more than 30 years. The gay writer’s name is not as recognized as those of other LGBTQ icons, but Kramer is arguably (emphasis on argue) a forefather of our movement, or at least a toxic stepdad who worked his ass off to provide for his family only to remind them how unworthy they were.

While Stonewall is considered the start of modern LGBTQ activism, it wasn’t until the AIDS crisis that our community learned to organize, raise money and effectively agitate for our lives. Planet Earth has seen few humans who could agitate as abrasively as Laurence David Kramer, who founded the Gay Men’s Health Crisis and later ACT UP, and whose oscillating rage sprayed his allies as forcefully and frequently as his avowed opponents.

If death was Kramer’s enemy, anyone who disagreed with him was its accomplice—a mindset that made murderers of countless people who thought they were on his team. Kramer’s brash rhetoric and tactics were invaluable sirens that brought attention to a plague he believed the government and gay men were equally indifferent toward, although his acerbic nature has often eclipsed his pioneering, life-saving advocacy.

Kramer has always been a tragic hero of mine, someone with whom I share a disposition but do not wish to share a destiny. My most provocative opinions usually endure a “Larry Kramer” test: How do you make biting observations without becoming a rabid dog? How do you live with outrage without scaring away joy? How do you keep it real without being insufferable?

Larry Kramer is dead, and it’s poetic he would succumb to natural causes during a plague, even if the current epidemic has gotten the recognition and resources that could only be dreamt of when mass illness affected mostly gay men. I’m not aware of any statements Kramer made about COVID-19, but I can almost hear him saying, “Stay home, you fucking idiots!”

It would echo the warnings he offered during the early days of an unknown sexually transmitted virus: “Stop having sex, you fucking idiots!” As medically sound as his advice may have been, his solution barely evolved as condoms, antiretrovirals and PrEP made gay sex less risky; and despite the progress in the fight against HIV/AIDS (and broader successes for LGBTQ Americans), Kramer could make you wonder whether things ever got better.

Larry Kramer is dead, and it’s unsurprising his death would be more widely acknowledged than the May 28 passing of Ron Simmons, a black gay activist, artist and doctor who founded Us Helping Us in 1985. In Kramer’s insular New York orbit and the AIDS warrior mythos that has arisen from his era, the lone victims of and combatants against HIV/AIDS were middle-class white men.

Larry Kramer is dead, just as our country is enflamed in the type of fury he once tried to instigate and harness into legitimate political power. While there is a gulf between the civil disobedience Kramer championed and the chaos that has erupted over the past few days, both outbursts were fueled by the desperation and anger of sustained suffering being ignored.

Larry Kramer is dead, more than a quarter century after receiving a death sentence, and his incendiary spirit has never felt more alive.