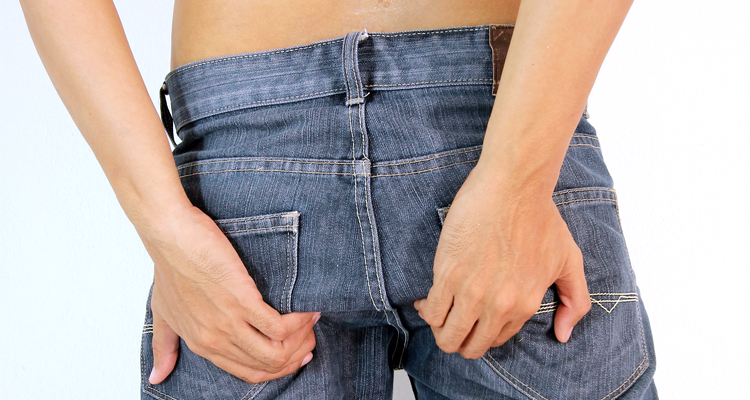 Finding the Joy of Butt Pain

The last few months have felt like my bicycle gave me an STD. The discomfort and embarrassment I’ve experienced periodically since April has reminded me of some of the riskier eras of my life. I would go to a follow-up appointment and meekly inform my doctor the rash he took care of during my previous visit had returned.

My physician’s bedside manner and familiarity with human sexuality, particularly as practiced by homosexual men at the dawn of U=U and PrEP, spared me from feeling as if any bacteria contaminated my character. Still, there are few times more conducive to contemplating responsibility and consequences than when you’re bent over an examination table feeling a syringe full of penicillin penetrating your booty cheek.

I’m currently in what most people would consider a healthier era, having shifted from attending all-night sex parties to running marathons, and even I mistakenly associate morality with wellness. Despite my body aches and a 101-degree fever, there was a pleasantness to my last doctor visit knowing whatever was going on with my system was not the result of raw-dogging the wrong guy(s).

I could’ve had cancer, but at least I knew I was clean from illnesses that are cured with a shot or a Z-pack.

My doctor identified an abscess on my lower left buttocks as the source of my temperature and soreness, likely developed during a 200-mile fixed-gear bicycle ride I went on the week before. He referred me to a specialist to have it drained, and never before have I been more grateful to have the rectal pain threshold of a gay man.

My butt specialist said I should be able to complete a 200-mile charity ride a few weeks later, but warned that even without the moisture and friction from pedaling non-stop for more than 10 hours, there was a greater-than-half chance a pocket of bacteria would again develop beneath my skin. Nonetheless, I felt a familiar shame when the specialist met me in his office a month later and I admitted to engaging in identical behavior to what originally brought me to him, and was experiencing an identical result.

But the last few months have flushed my spirit of any residual embarrassment I may have had about the side effects that came from a celestial sex life during the most fuckable time frame of my biological clock. While there are precautions worth taking to try to avoid certain miseries, guilt and consequence stalk almost every part of our human experience, and they can convince us we’re going the wrong way when really we’re all just along for the ride.