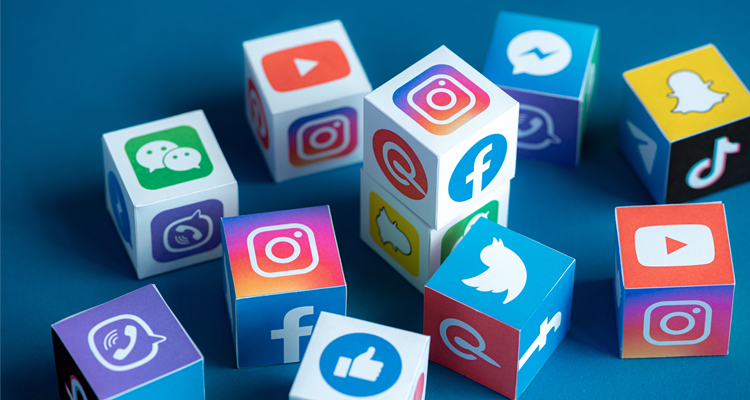 Forced Politicization and the Internet: Let Trans People Be People

Hot take: the internet is exhausting. Social media has turned everyone, no matter how many followers you have, into performers, personal brands to be maintained and molded into perceived perfection for others’ consumption. The internet is a space of extremism, vitriol, and policing — in short, the internet is capitalism on crack, distanced entirely from the material conditions of real-life humanity and yet replicating and amplifying to the nth degree the power structures we’re all subjected to. This has resulted in a digital world that is distancing us all from our humanity, especially those of us whose humanity is already denied by the state.

There’s this small, super niche app called TikTok — I’m not sure if you’ve heard of it — where at any given moment you can see the power of internet toxicity at work. If you’ve never had TikTok downloaded on your phone, count your lucky stars that you have avoided the hellscape that is that app. I have not been so lucky; I have long since quit the app cold turkey, but when I was using it, I fell deep into an addiction, especially at the height of the pandemic. During my time there, Ve’ondre Mitchell came on my For You Page. She’s a young woman with more than six million followers who posts videos showing off outfits, doing dances, and sharing her experience being trans.

In this particular video, Ve’ondre lip syncs to a sound of someone ordering a lot of food at a restaurant underneath the caption: “Trans girls when it’s that time of the month.” The video was accompanied by a caption clarifying that trans girls on hormone replacement therapy (HRT) can experience the common symptoms of a menstrual cycle, like cramps and mood swings, without the bleeding. Despite the claims being correct, according to both a medically reviewed article on Medical News Today and anecdotal evidence detailed in a Medium post, cis women were not happy with Ve’ondre’s video. Her comments were filled with tens of thousands of angry people parroting J.K. Rowling-esque talking points, claiming Ve’ondre was invalidating cis women’s experience by likening it to her own and saying she had no idea how hard it was to be a (contextually understood) “real” woman — in short, transphobia masked as some weird bioessentialist form of feminism.

A video of Dylan Mulvaney, another trans TikToker who makes videos detailing her Days of Girlhood, was recently ridiculed by Senator Marsha Blackburn (R-TN) on Twitter. The video was of Dylan wearing leather shorts and urging people to “normalize women having bulges sometimes,” an “absurdity” Sen. Blackburn says Dylan, President Joe Biden, and “radical left-wing lunatics” wish to normalize.

These women, and other trans women just like them (because it’s not a coincidence they’re both women), have become objects of forced politicization. By simply being vocally trans on the internet, these people — real people with real feelings — have become right-wing scapegoats, political pawns, and victims of a monolithic understanding of transness.

It works the other way, too. Blaire White and Caitlyn Jenner, two other trans women, consistently advocate against and distance themselves from the trans community in order to uphold their Republican ideals (Jenner even commented on Sen. Blackburn’s tweet thanking her and misgendered Mulvaney). People who have “detransitioned” are regularly used as transphobic fodder to liken transness to disorder, fad, or mistake. If you are connected to transness in any public way, you are doomed to a fate of forced politicization.

While there is something inherently political about defying the gender socialization maintained by every facet of our society — as the gender binary is rooted in heteropatriarchy, capitalism, and white supremacy, ideologies that cannot be separated from one another — it’s important for us to recognize the humanity of trans people. This means letting trans people be trans — protecting them, advocating against discrepancies in health care and physical safety, and defending them both individually and as a community against transphobic attacks, whether physical or digital — but it also means letting trans people be people.

There are distinct differences in experiences of oppression between cis and trans people, but these differences are socially constructed. At our cores, we are the same — we’re all people who experience love and hatred and joy and grief; we’re all victims of capitalistic gender policing; and we’re all capable of making mistakes, having conflicting opinions, and being controversial or even, dare I say, problematic. It is the very nature of being human; even if social media leads you to believe otherwise, none of us are characters crafted to be perfect representatives of our communities, informed by a clear political agenda to be consumed by the masses.

We’re all just people, trying our best, and to expect otherwise of anyone, regardless of identity, is not only exhausting, but fruitless.