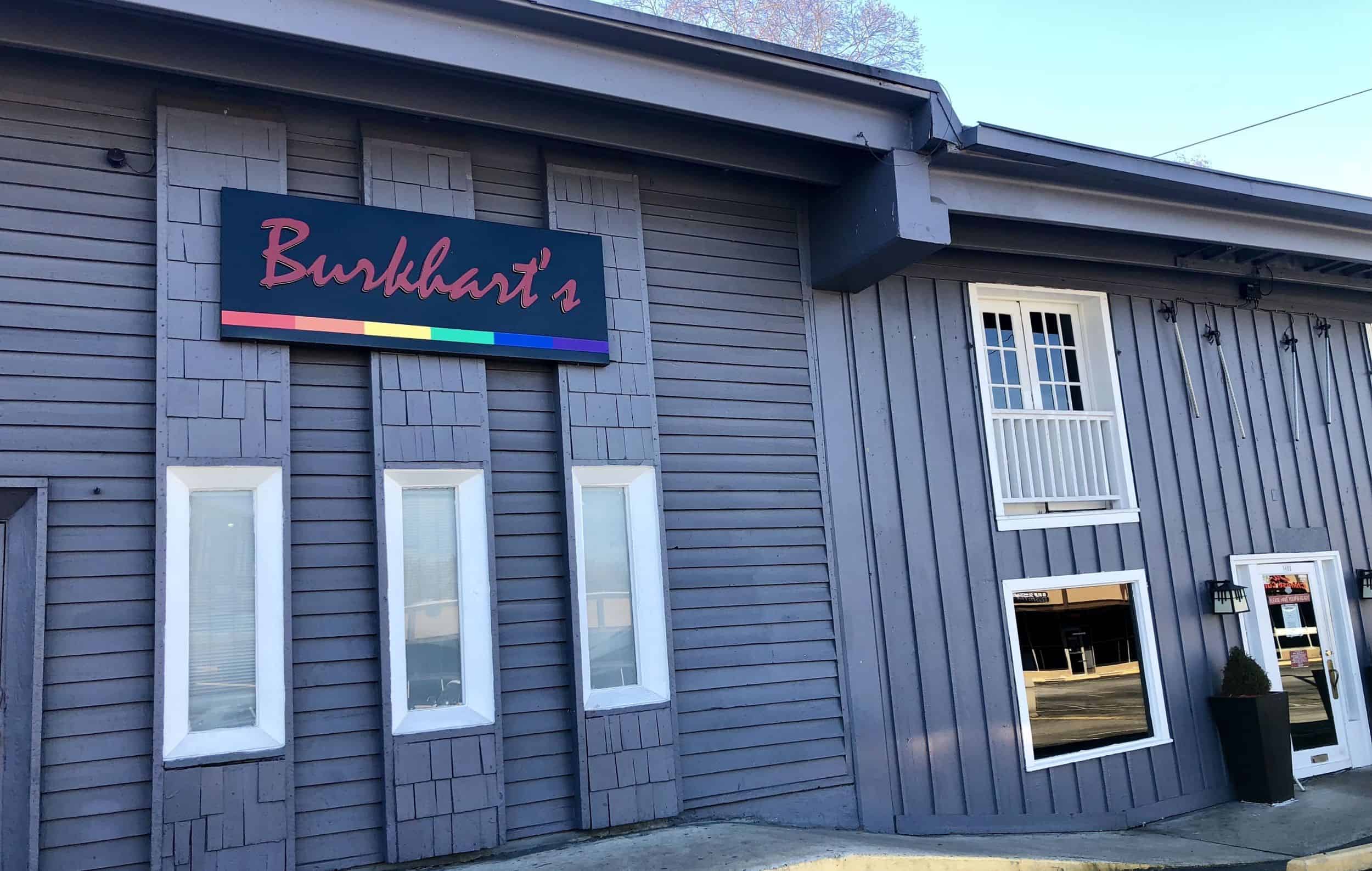 The following is a guest editorial from Don Hunnewell, the former general manager of Burkhart’s, the popular Midtown Atlanta gay bar under fire since owner Palmer Marsh’s racist Facebook posts surfaced on Jan. 19. The incident led to the bar’s entire entertainment lineup to resign on Jan. 25, and Marsh continues to field purchase offers after a deal involving Hunnewell fell through. Hunnewell told Georgia Voice that he was fired on Feb. 3 as he was contemplating resigning. Want to write a guest editorial in response to this, or one on any other topic you’re passionate about? Email it to editor@thegavoice.com.

Two weeks ago, the racist language of the owner of Burkhart’s Pub landed me, as co-manager of the bar, in a conflict that has caused over 50 staff members and entertainers the kind of pain that we like to think disappeared decades ago. All of the entertainers quit in understandable protest, as has much of the bar staff. Everyone’s financial security has been damaged by drunken hate-speech.

After 21 months as co-manager, I have also left the bar. I am deeply regretful that I could not find a way to stabilize the remaining employees’ situation. But, something I never expected has added to that pain. I have become the object of hate speech myself, even though I’ve devoted my career to creating spaces that cultivate diversity and encourage reconciliation. I know that anything I say in this respect will be dismissed by people blinded by pain or hate; they will accuse me of complicity. Nonetheless, I do feel compelled to share my story.

I spent my childhood in the isolated woods of Maine. I literally never interacted with black people or understood racism until I turned 12 and my father abruptly moved us to North Carolina. It was the early ‘70s and my middle school was like a prison. The hallway ceilings contained racks of bars that could be lowered with the push of a button. I was told they were there to put the school in lockdown in case of a so-called race riot..

Of course, if you create that kind of environment, people live up to it. The school was a powder keg of racial tension and the fights were frequent and the fear was everywhere. I got the hell beaten out of me once in an apparent racial dispute that I didn’t even realize I was in. Fortunately, things got better in 1975 when my dad transferred to Atlanta and I enrolled at College Park High School. There were still racial problems, of course, but the school seemed mostly dominated by the live-and-let-live hippie ethic. Everyone kept busy smoking weed, sleeping in class and plotting to get laid. I was right there with the best of them.

Thanks to that bizarre moment in time, I was actually supported in my coming-out process. I wasn’t quite sure at first what bound us together, but I, a white guy, became best friends with a black guy, Lamar, and three tough lesbians. We claimed our table in the cafeteria and I felt free and unafraid for the first time. Nobody messed with us. Sitting with my lesbian protectors and Lamar, who became my secret boyfriend, I was free to be me. I was able to accept being gay and I learned it was also okay to love a black guy. In fact, becoming exactly what I wasn’t supposed to be liberated me.

With that moment, I began to see the bigger picture. Atlanta was tagged back then “the city too busy to hate,” but, trust me, it wasn’t. In 1977, I joined a very small group of gays and lesbians in a protest march against the hateful Anita Bryant. It was scary but extremely liberating and opened the doorway to activism for me. Fast forward 10 years to January 1987. I joined the thousands who took the bus ride to Forsyth County to protest perhaps the most virulent racism still polluting our country. The KKK and many haters lined the march, separated from us by the Georgia National Guard and state troopers. It was a painful moment that revisited me during the events in Charlottesville less than a year ago. One never forgets such hate-filled shouts and the fear of impending violence.

Over the years, I’ve constantly fought haters and I’ve tried to create social refuges for members of the LGBTQ community. In 1989, I purchased the wonderfully eccentric Gallus Restaurant and Bar, a cornerstone of Atlanta’s gay community since 1973. In that time, we needed refuge more than ever. The worst years of the AIDS epidemic had arrived and, as was true everywhere else, the Gallus’ huge staff was literally dying. I jumped in and did my best to help stem the crisis, but the true credit goes to the pros who worked there, like living legends Ashley Nicole and Regina Simms. At any time, but especially during a crisis, it’s people who have come to accept and cultivate their differences who can lead the way — even in the face of the hate directed at gay people during the AIDS years.

Ashley and Regina would later help manage my proudest creation — the infamous Metro, across the street from the Gallus, at Sixth and Cypress streets. I opened it specifically because I knew Atlanta needed and deserved a place where everyone would be welcome. We had bars that catered to various subgroups, such as the preppy white boys, the leather men, the gym boys, the twinks, the dykes, the daddies and the lipstick lesbians. There were dive bars, black clubs, drag bars and sports bars.

My goal was to reach across all of those virtually segregated demographics within our community and open The Metro as a place where everyone, and I mean everyone, was welcome — a place for all races and people from all walks of life. My only rule was “Be nice or be gone.” I accomplished this by putting together the best and most diverse, fun-loving staff I could find. It was an amazing mix that didn’t happen overnight. Not all my hires were as open minded as I would have liked, but it wouldn’t take long for my managers to see through the isms and send them packing.

I can’t list all the wonderful staff and managers that made The Metro so diverse and attractive to people from all walks of life. Besides Regina and Ashley, I was lucky to have Danny Donohoe, another legend who recently passed. I had the brilliant Jon Arge, who attracted the coolest, hippest, most bizarre raw talent that we mostly called customers. In the early days, Jeff King instilled values and Eleganza was just the start. I brought Latin nights to The Metro. I also hired Maxine Blue to support her efforts to organize Black Pride. Other managers and key staff included Roger Warren, Lewis Covington, Russell Hunnewell, Max and of course Coco — too many talented hearts to list.

The more diverse it became, the more successful it was. Despite its flourishing, it had to come to an end, thanks to the city’s special brew of politicians and developers. It took me a few years to get over losing The Metro. Indeed, I spent eight years peeling back the layers of Don Hunnewell, rebuilding myself and, curiously enough, rediscovering myself. Thus, I couldn’t resist the offer Burkhart’s owner Palmer Marsh made for me to come on board as co-general manager with Steve Tallas 21 months ago.

Palmer and his wife Mary were retiring then. If there were credible damaging rumors about them flying around, they eluded me. All I saw was a 30-year-old bar whose customer base I was excited to broaden and drench with the creativity of the city’s best entertainers. I also hoped to hire a more diverse staff. With decades of a particular management style in the way, making changes proved to be much more difficult than I expected and I have to admit that I ended up struggling with myself to go to work every day, almost from Day 1. Accomplishing my goals quickly was virtually impossible because of the inherent dysfunction of the organizational structure. If Steve, the co-manager, and I disagreed on something, we had to take the issue to Palmer for a decision, even though he was technically retired and thus out of the loop. In other words, nobody was really in charge, so every step toward progress was a major struggle.

Why did I stay even 21 months? Partly for the money, partly to feed my ego, but mostly to make a difference. I’m deeply saddened I couldn’t save Burkhart’s. I had no idea what I was getting into. You don’t really get to know your team until you start working together for a common goal. My main regret is that, as the daytime manager, I spent very little time with the entertainers. Had I done so, perhaps I would have learned more about their complaints and been able to intervene more effectively. Before I turned my keys in, I did make a good-faith offer to purchase the bar, but the deal fell through. So — with great pain, I admit — I’m done with Burkhart’s.

There’s a deeper reason I’ve shared my story here. I’m also done with hate speech inside the gay community. The Burkhart’s story broke just before I left town for a long-planned vacation. It’s hard to describe what it was like to watch from afar as a few racist accusations were pinned to me simply by association, even though my life has led me in exactly the opposite direction. I understand that people with ulterior motives — like revenge for being fired — will resort to such tactics, but isn’t it time we stop and take a closer look? We joke about “mean queens” but fail to recognize that the effect of their hate speech, like that of all other haters, has increased exponentially thanks to social media.

I mentioned earlier the advent of my activism in 1977 when I joined a protest against hateful Anita Bryant. I noticed something that day. Many, if not most, people at the time vociferously opposed inclusion of bi and trans individuals in the gay rights movement. Looking back, I think we’d call much of that language hate speech and maybe feel ashamed. I’m not a martyr. I know public personalities become lightning rods. But, instead of reactive hate speech, let’s try some love, whose open expression is the entire purpose of our movement. Please support those out of work with jobs and donate to their GoFundMe accounts.