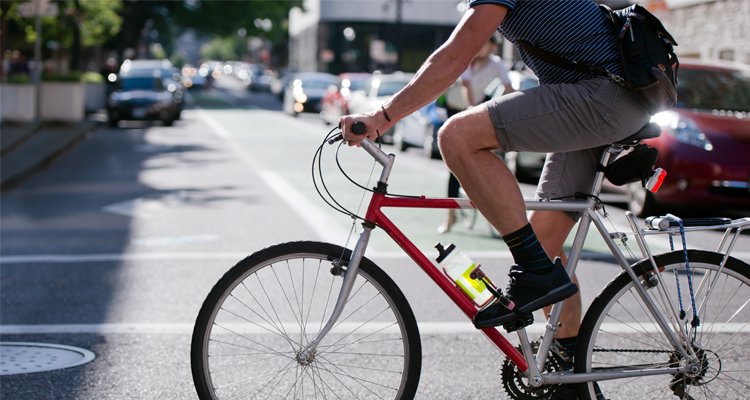 As the American Taliban prepares to celebrate its seizure of women’s bodies and autonomy via an imminent U.S. Supreme Court decision, our nation’s rigid gender proscriptions are under assault on a different front during the opening weeks of “Hot Boy Summer.” Forced under veil since at least the mid-1980s, the male thigh is being liberated of excessive fabric as heterosexual men catch onto the trend of wearing “hoochie daddy shorts.”

Legs tend to be the last asset the modern male body holds onto, their shape and tone suggesting a fitness or athleticism that a man’s cheeks, arms and torso often belie. I’ve always pitied how constrained heterosexual men must be in their expressions — whether with emotions or fashion — even as they and straight women give me a side-eye for the amount of quadriceps and hamstring hanging out of my shorts.

My bicycle lessens the judgment I’ve endured over my fashion choices, since when I’m riding or socializing on my bike, my signature button-up shirt/short shorts combo turns from quirky to quintessential. There’s a prurient aspect of my bicycle’s appearance that makes it logical to look like a slut while riding it.

While I feel a smidge of relief in no longer being on the fringes of fashion, there are other elements of my brand of “biker boy swag” I wish would suddenly become stylish. The volume of reproach I’ve received about the length of shorts a man is supposed to wear is drowned out by the derision I’ve experienced about the type of transportation a man is supposed to rely on.

More than 20 years of being carless has revealed the existential value Americans bestow on automobiles — how we are wholly dependent on an invention that promised independence, how the type of vehicle we or others drive reflects our success and determines our worth. Ironically, every driver who has called me an idiot for cycling in the street, or every potential romance who was dissuaded from a relationship becauseI didn’t drive a car, would probably be envious of my gasoline bill the last few months.

This is not a call-to-pedals or a victory lap over American auto culture. The despair so many feel over fuel prices is palpable and pitiable, especially for those who have been convinced they can’t navigate or persevere through life without a car.

The prohibitive attitude our society has toward alternative forms of transportation is as arbitrary as our regulation of male fashion. Just as more men are beginning to enjoy the warmth of the sun on their pasty thighs, I hope more Americans discover how more freely they can move when they stray outside the traditional rules of the road.