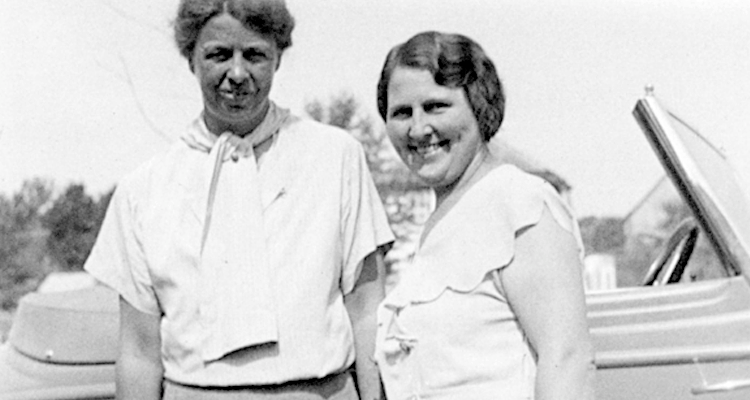 I had the surprise and honor of being celebrated by the City of Atlanta and ATL 26 as part of Women’s History Month. In reflecting on that inclusion of the city’s history, I realized that lesbians aren’t usually a big part in celebrating this month. So, I’d like to take the time to highlight some lesbian, bisexual and transgender women who you may or may not know about, as every woman should be celebrated during the month of March.

Let’s begin with where the term lesbian came from. Born on the Greek island of Lesbos around 630 B.C., this poet wrote about her yearning for women. Because of her, the terms sapphic and lesbian have become synonymous with women who love women.

An American blues entertainer during the Harlem Renaissance, she dressed in men’s clothes when she performed, flirted with women in the audience, and even had a chorus line of drag queens to back her up. She married a woman publicly in 1931.

If you saw the movie “Carol” with Cate Blanchett and Rooney Mara, then you are already familiar with Ms. Highsmith. The film is based on the novel “The Price of Salt,” written by her. She also wrote “Strangers on a Train” and “The Talented Mr. Ripley.”

Landowner, mountaineer and traveler who kept diaries which chronicled her lesbian relationships in code, derived from a combination of algebra and Ancient Greek. She had an affair with wealthy heiress Ann Walker, who she later married without legal recognition. This affair was the inspiration for HBO’s “Gentleman Jack” TV series.

Eleanor Roosevelt had an affair with Lorena “Hick” Hickok. Following Eleanor’s death, a series of letters was unearthed, though most were destroyed by the Roosevelt family. One of the surviving correspondences read, “I want to put my arms around you and kiss you at the corner of your mouth.” In another letter Eleanor wrote, she said “I want to put my arms around you. I ache to hold you close … Your ring is a great comfort to me. I look at it and think she does love me, or I wouldn’t be wearing it.”

She was a classical composer who was nominated for two Academy Awards and won several Emmys for her work on popular TV shows like “Dallas” and “Dynasty.”

Mercedes de Acosta was an American poet, playwright and novelist who was more famous for her many lesbian affairs with Hollywood stars. Best-known for her long-term romance with Greta Garbo, she was also involved with Russian ballerina Tamara Karsavina.

Of course, this is a tiny sample of women who have framed our society, including names and faces of those we’ll never publicly know. However, it’s important for us to keep these ladies in mind when the nation fills Women’s History Month with our straight counterparts.