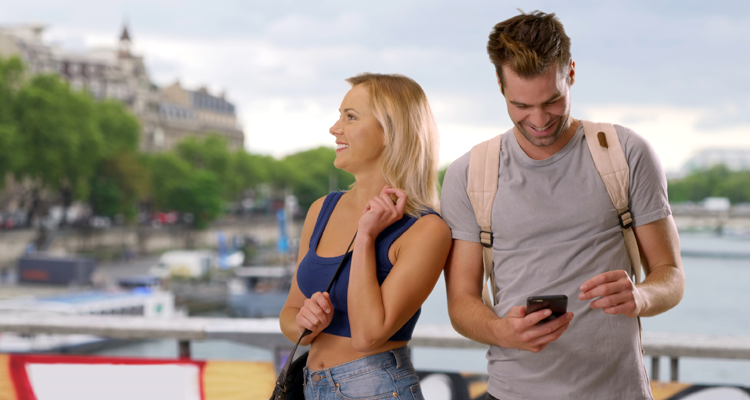 Living in the center of any big city is not without its challenges — finding parking or a good dry cleaner that doesn’t cost a fortune, or even something as elemental as good manners in the midst of crowds of people. Even in the capital of the New South, Atlanta offers challenges for the urban sophisticate. So, imagine the peril one faces living in the heart of the City of Lights.

Paris is equal parts beautiful and bitchy. Soliciting a smile from my jaded local grocer is relatively easy given my atrocious American accent, but otherwise it is necessary to have a degree of stoicism when sashaying through the cobblestoned streets of the Marais. Yes, sashay. Because everyone is walking the runway here: middle-aged women in two-inch heels wearing Balenciaga with their lap dogs on a leash while smoking Marlboro Reds and talking on their iPhones. Young gay twinks (Paris thin) wearing vintage ’80s brands roaming in clusters, waiting for happy hour to begin. And expat Americans such as yours truly.

And then I see them. He is wearing a baseball cap. Sometimes it represents a professional football team, but more often than not, it bears an Under Armour logo. Usually he’s wearing a golf shirt, pleated khaki shorts, and flip-flops. Accompanying him is “Karen,” his wife with bangs for days, and two bored-out-of-their-minds teenage kids in tow. I can hear them before I see them, that flat American accent that overwhelms everything within earshot. Because my momma raised me right, my first reflex is to smile and acknowledge a fellow American in Paris. But I know that this is a trap. I’ve seen the memes. “No, Bastille is the other direction, Derek,” she says to him. He’s looking down at his smartphone (ahem), and then sees me walking by with my dog. “Excusez-moi,” he says loudly. “Do you speak English?” I stop and sigh and feign a polite, “Hello, yes, how are you?”

“Wow, your English is amazing!” Derek says. “Yeah,” Karen says without skipping a beat, “Like you’re from the US!”

“No way! That’s awesome! What are you doing stuck here in Paris?”

“Family vacation,” Karen jumps in. The two teenagers are eyeing the nearby clothing boutique.

“Columbus, you said?” I say with a wide grin, enticing them into nibbling on my shiny lure. “Nice. How do you like Paris?”

Karen rolls her eyes. “The French are so rude,” she begins. “I can’t believe it … and it’s so EXPENSIVE!”

As we all laugh, I see my final confirmation of Republicanism: a MAGA ankle tattoo on Karen. Classy.

“We’re looking to get to the Bastille,” Derek says, offering for me to look at his iPhone.

I wave it off, and say, “Oh, that’s a bit complicated on your Google maps. But this street you’re on is a straight shot. Just keep heading up the rue de Temple that way, until you intersect with the rue de Rivoli, and then turn left. That will take you straight there.”

“See,” Derek says to his MAGA wife smugly, “I told you.” She just gives a forced smile and says quickly, “Thanks so much!” I give a wink and continue on my way, content that another Republican is sent off in the wrong direction, to walk aimlessly in the opposite direction of their desired destination. Is this a metaphor for the upcoming election? Ask Karen on November 4.