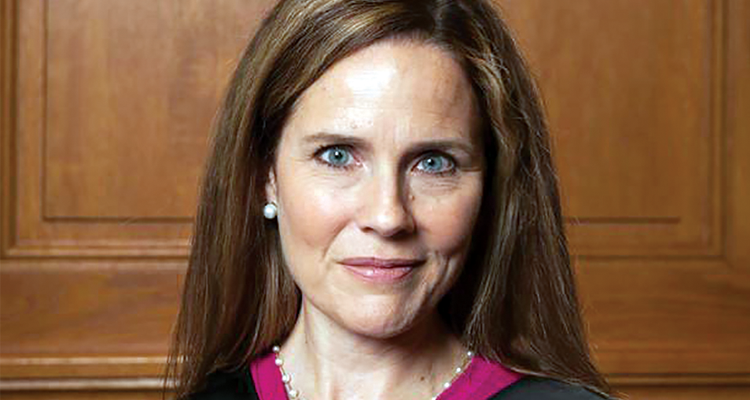 I Prefer to Be Gay

The Senate confirmation hearings for Amy Coney Barrett to the U.S. Supreme Court were supposed preview the theo-fascist order the nominee seeks to impose on the country, but wound up only revealing how much effort LGBTQ folks are willing to put into being offended.

Barrett’s confirmation is the most brazenly hypocritical political act of my lifetime, and everything within me hoped Democrats would harness parliamentary pettiness as effectively as Republicans and block her from the nation’s highest court. With opposition to the nomination neutered by a rule change Democrats made when they controlled the Senate, LGBTQ folks and other progressives were desperate for anything to counter the intellect and temperament that seemed to merit Barrett’s appointment.

For at least a quarter century, the LGBTQ movement has been vested in genetics determining a person’s sexual orientation and gender identity, given the significant political and spiritual benefits of being born — or created — LGBTQ. God or biology making us this way relieves us of the obligation to change that prior generations faced and creates empathy among those who might be unsettled by same-sex intimacy, gender fluidity and what they’ve been told the Bible says about those matters.

I’ve always been wary of this messaging for two reasons. Our Constitution is supposed to protect people’s choices as much as traits they inherited, and because having no control over a characteristic has never spared a minority from ignorance and prejudice. It is a strategy too dependent on pity, and sometimes it’s unclear whether being “born this way” is a celebration or a curse.

Another tenet of LGBTQ activism is that our sexual orientation and gender identity are not solely defined by our bedroom activities, which is why it is necessary to reveal my homosexuality to people who are not my sexual partners. Whether someone knows me from cycling or from the neighborhood association, it is vital to my personal dignity that they never mistake me for a heterosexual.

I choose to disclose my sexual orientation to such individuals because I prefer being gay — from my sex life to my worldview, from my unburdened friendships with women to my ability to explore emotions and fashions that are off limits to straight men. I don’t care whether I’ve had same-sex attraction since birth or gravitated toward it during my sexual development, so however other people describe it is irrelevant to me.

I have no illusions that Barrett will be a philosophical ally to our movement, but we have gone against her legal mentors and the thousands-year-old text that guides her life, and we have won. If a trio of ultraconservative (but qualified) Supreme Court justices is the worst remnant of Donald Trump’s presidency, we can bicker about word choice later.