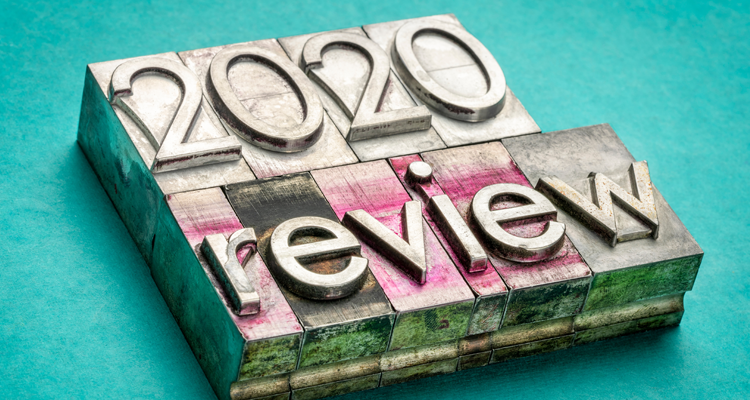 There may be one last epidemic to deal with during the final days of what is widely considered the most insidious year in human history: survivors’ guilt. Almost every morning of 2020 has felt like a freshly torn page from an Existential-Threat-A-Day calendar (Leap Year edition!), but when reflecting on the last 12 months, many Americans may be forced to admit things weren’t as awful as we processed them in real-time.

A sense of privilege overwhelms me when I consider the bright side of a year when hundreds of thousands of Americans died, lost their jobs, worried about feeding their families, quaked at state-sponsored racism or watched their life’s investment burn in wildfires or rioting. But rather than the rolling thunder of the apocalypse, 2020 may simply amount to post-Baby Boom generations finally having their 1968.

Two of my family members passed away over the summer, but neither was stricken by coronavirus and both had endured years of suffering, so I don’t ascribe any grief caused by their death to 2020; and my full-time job was on the brink of closure weeks before COVID-19 arrived in the U.S., with the timing of widespread lockdowns making me eligible for pandemic-enhanced unemployment benefits.

Instead of sitting behind a desk for eight hours, I was suddenly going on midday bicycle rides, partaking in outdoor, masked cruising (which, if not listed among CDC-recommended precautions, certainly embraces their spirit), and enjoying the first summer break I’ve had since college. The federal relief made my unemployment income comparable to the salary I had been receiving and led to countless working-class Americans drawing more money than they’d ever made — a sort of backpay for the exploitation that’s convinced us an hour of any human being’s labor is worth less than an extra-value meal at McDonald’s.

We are programmed to worry about people receiving money for doing nothing, but the most significant victim of COVID-19 should be capitalism. Americans have viewed our economic rules with the absolutism of the Ten Commandments, but anti-capitalism measures — eviction and foreclosure moratoriums, food banks, payroll protections, and unemployment compensation that strongly resembled a universal basic income — have saved our nation from descending into a failed state.

The theory that being tethered to an office, restricted from friends and family during daytime hours, and working in pursuit of possessions is the optimal way for humans to spend their time on earth, or the only way a society can function, has been on a ventilator for much of 2020. Proudly earned assets were flipped into burdens overnight this year, and many of the standards by which we measure satisfaction and success also toppled.

On several occasions in 2020 I swatted at bees in a way I haven’t had to in several summers. Their resurgence after years of concerns about dwindling bee populations is probably beneficial to our ecosystem, despite the terror, discomfort and potential fatality caused by their sting.