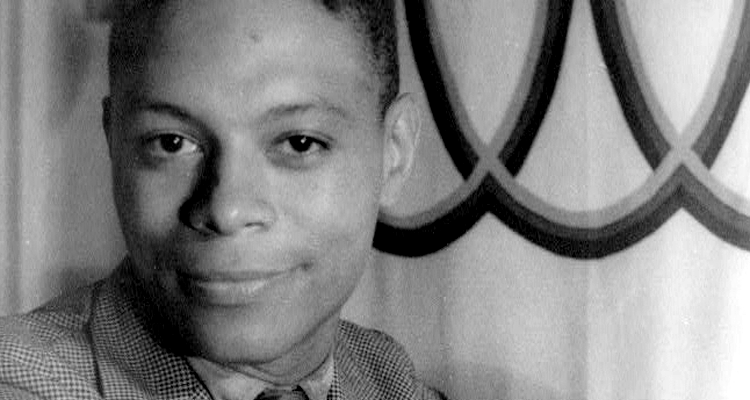 People say the Harlem Renaissance began with writers such as Zora Neale Hurston and Langston Hughes and all the other poets, playwrights, intellectuals, and novelists celebrated in a 1925 collection of essays titled “The New Negro: An Interpretation” by queer philosopher and educator Alain Locke.

Others say the birthing point was the 1921 musical, “Shuffle Along.” Composed by Eubie Blake with book by Noble Sissle, it ran on Broadway for three years and featured several important firsts: incorporation of syncopated jazz, a line of professional female (and Black) dancers, a Black show with no “blackface,” a desegregated audience, etc. The careers of bisexual women performers like Josephine Baker and Florence Mills were launched here.

Consider this: there would have been no real Harlem Renaissance without the moneys generated by all the music pumped into the clubs, speakeasies, and rent parties. There was a furious demand for musicians, vocalists, and entertaining impresarios. Performers crafted music that grew into new places and forms. The dancers and prancers innovated and everyone needed waiters and cooks and coat checks, whether reading the new literature or not.

We queers claim performers such as Gladys Bentley and Bessie Smith, but we need to widen the net and claim the queers who made everyone feel good and included and daring — and not taken advantage of, whether they were or not.

That was the job of the people with a mic. Someone who personified that was a man named Jimmie Daniels.

Daniels grew up in Arkansas and went to New York in ’27 to take college business classes. Harlem was so exciting at this moment, but he graduated with a degree and went back South. He began working for the president of the Century life Insurance Company, a plum post he threw away because Arkansas was so racist, and Harlem so beckoning.

In 1928, Daniels returned and appeared in a number of stage plays in New York. He readily made many friends among Harlem luminaries, including his lifelong bud, the lesbian Alberta Hunter.

Daniels posed and modeled and was a muse for Richard Barthé. He decided to throw his top hat into the ring of cabaret singing. He performed at Harlem’s Hot-Cha speakeasy. The famous illustrator E. Simms Campbell created the well-known caricature map of Harlem, citing famous spots, illegal activities, and advice. For Club Hot-cha, the map reads, “Nothing happens before 2 am.” and suggests you “ask for Clarence.”

Much of what Daniels sang there were show tunes and what would become jazz standards, and he won a dedicated gay following in Downtown, Midtown, and Uptown (the people thronging the mass of the Harlem clubs were often “the Downtown crowd,” i.e., mostly white, well-heeled and glamorous, looking for liquor, “hot” entertainment and the frissons of rubbing against Uptown, with its “underworld” connections and the relatively free flow of sex and sexuality).

With the dual assault of the Depression in 1929 and the end of Prohibition in 1932, Harlem was not the place to be, at least for Downtowners. Even some Black folks left —the unemployment rate in Harlem was officially 50 percent. From 1933 to 1934, and again in 1935, Daniels performed in Monte Carlo and London. He then spent four years performing in Paris, but returned to the U.S. as the war loomed.

From 1939 to 1942, Daniels owned and operated his eponymous Harlem supper club on the ground floor of a building on West 116th Street. According to nyclgbtsites.org, “The famed nightspot hosted European royalty, high society from both sides of the Atlantic, and Black and white, gay and straight notables from the arts.”

In 1942, he joined the army. His honorable discharge said he had been a supply clerk. But mostly, he entertained the troops, and then rebuilt his career enough that he became the emcee at the Bon Soir Supper Club in Greenwich Village. During his10 years there, he built up a clientele that was queer and straight, Black and white. He featured varied talent, including one of the first gigs for a girl named Barbra Streisand.

Through the ’60s and ’70s, he continued his career with managing clubs, organizing parties, and performing as a vocalist to his devoted followers. Despite having a number of boyfriends and husbands, he eventually lived with Alberta Hunter, taking care of her in her old age, and died of a stroke in 1984.