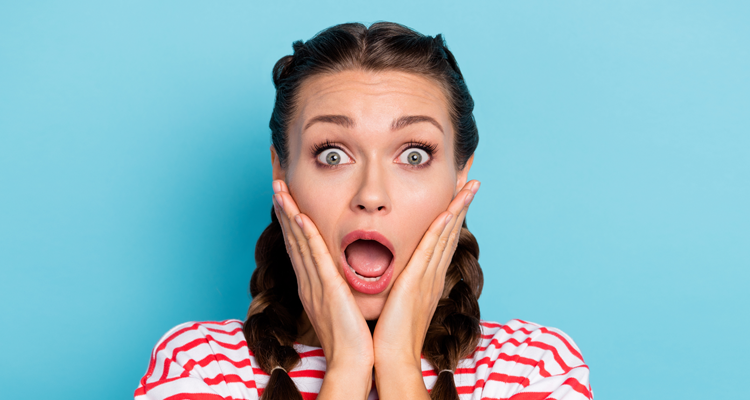 I was the baby of the family, so I wasn’t responsible for taking care of younger siblings. I was never a professional babysitter and didn’t become an aunt. With no intention of having my own children growing up, I never took the time to get to know little ones and their quirks. So now, as a 50-something with a grade-school child, I’m learning about those tendencies fairly quickly.

One trait particular to children is their trust in you. What you say and do is something they pay very close attention to, and every so often they choose to mimic that behavior. We see evidence of this online in viral videos of children who use choice words they’ve apparently heard an adult say, and when a kid curses, it’s funny. Well, let me rephrase that: when someone else’s kid curses, it’s funny.

Mr. Carter understands there are bad words. In our home we include not just the classics but also words like fat, stupid, and shut up. As a rule follower thus far, he has taken that instruction to heart and not repeated bad things in public or private. However, those aren’t the only things that can turn a parent’s cheeks red.

I learned from a friend that predators tend to focus on children who can’t confidently name their body parts. If a child uses something like hoo hoo or no no parts to describe their anatomy, the theory is those things aren’t comfortably discussed in the home. So, if a bad guy does anything, the child likely won’t report it because of that insecurity.

It’s sad that as a parent you have to take those things into consideration, but I did. I firmly taught Mr. Carter the proper anatomy terms, and that’s all we use. I quickly learned how comfortable others were with those terms too, after he announced to the adult men in his life they had a penis, and the females all had vaginas. Finger-pointing was sometimes included.

His grandmother has a phrase I’ve laughed at before but never thought twice about. When she’s overwhelmed by something, it makes her want to go running naked down the street. Mr. Carter apparently heard her say it too, but didn’t quite understand her meaning.

Before school started for this year, I took my son to the store to go backpack shopping. We were in a rush, and I was quickly trying to grab some other items before we headed to the checkout. He connected this frantic energy with his grandmother and said very loudly that once we were able to find everything, we’d run naked out the door. My knee-jerk reaction was to laugh and reassure patrons we wouldn’t be getting naked as I side-eyed anyone near us. My laughter only encouraged him to repeat it.

There’s a reason that versions of Art Linkletter’s “Kids Say the Darndest Things” have been on the air for decades. Not only is there humor in children’s interpretations of the world, but also a charm. Mr. Carter is simply showing his family he believes in us and what we have to say. That’s why I rarely let my ego or embarrassment trigger me to scold him. He’s figuring out his world, and if I don’t like what he has to say, it’s me that has to look in the mirror to change it.