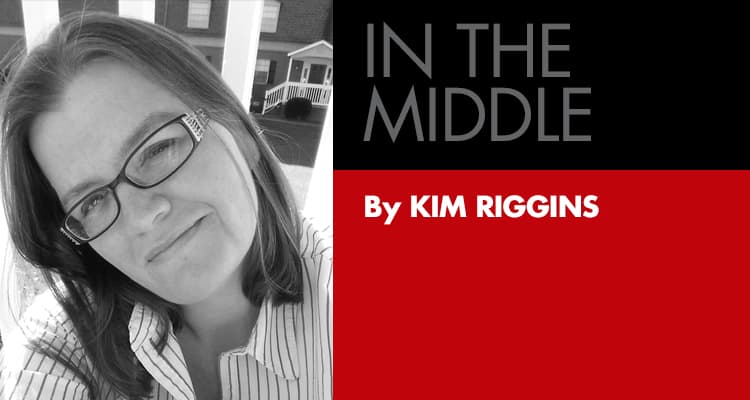 Kim Riggins: Gay Pride is something worth celebrating

Do you want to know my favorite question to hear from upstanding conservatives who are worried about the fate of our nation and the decaying fabric of our society? It’s this: “Why don’t we get a straight Pride parade?”

I mean, I guess I can understand the need for a straight Pride celebration. After all the years of discrimination and outright violence straight people have endured at the hands of…well, someone, I’m sure. The fact that you can’t even kiss your partner in public without people completely ignoring you is ridiculous. I can’t figure out why we haven’t had one, to be honest. Surely, it isn’t that difficult to find enough companies and donors to sponsor such an event. I wonder why they haven’t jumped on that particular opportunity.

Still, I think it goes too far sometimes. I don’t know about you, but I am getting tired of hearing about every celebrity who comes out as straight. And why do they have to put a straight couple in every movie now #GiveElsaABoyfriend? Come on.

I really hate how heterosexuality has become such a political platform, and not just a political platform, a religious one, as well. Straight people never asked to have their lives put on display so that politicians and preachers could put on a show. You can’t really complain about what your audience sees when you’re the one controlling the spotlight. Just let them marry whom they want, sort of like they’ve been doing since forever.

We have come a long way, though. We no longer live in days where you can be discharged from the military for being straight, your service to your country no longer ignored because of who you love. Police raids on covert straight bars are nonexistent now and heterosexuality is no longer considered a mental illness. I call that progress and it was a long road to get from where we were to where we are, but it was, by no means, an easy one. While we still have a ways to go accepting straight people as “normal”, we’ve come a long way.

That’s why I am all for a straight Pride parade. It is important to remember where we all come from. We should be happy that we live in a day and age where we can celebrate and express ourselves without fear of being tossed in jail, or kicked out of our homes, or assaulted or killed. All this because straight people decided to stand up for themselves and demand the same rights as every other citizen in this country. They said, “No more. Enough is enough!”

When you were spit on, when you were beaten, imprisoned, fired from your job, discharged from the military, had your life plastered in newspapers, when you were told who you were allowed to marry, when you saw your friends murdered, when you feared for your life you stood up and said, “It does not matter what you do to me! I am straight and I am proud!”