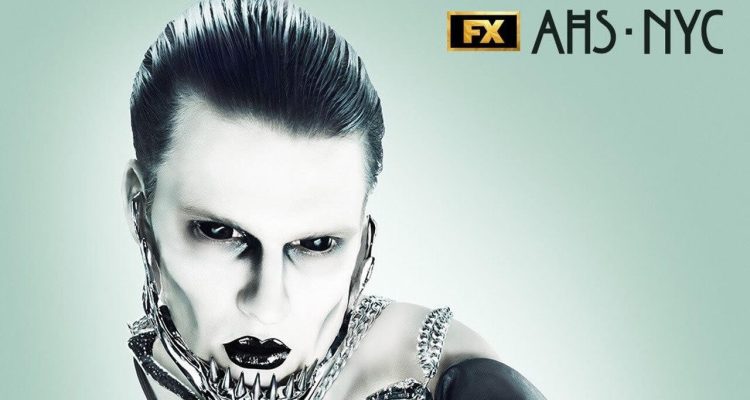 Laughter in the Face of Tragedy

We all know that looking backward makes crawling forward to the grave more bearable. This is mainly true when we are looking at our personal lives through a flattering filter. But things are not always so pleasingly nostalgic when we look back on ourselves in relationship to the broader culture.

That’s what I’ve been thinking about since I started watching Ryan Murphy’s latest “American Horror Story” series, “NYC.” Set as the ‘80s are opening, the show focuses on the serial murders of gay men while AIDS begins its descent on New York City.  At the time of writing, the final two episodes have not yet aired, so I don’t know where the plot will turn. I do know that for now I’m hating just about every minute of the show. If Murphy is known for anything, it’s his ability to let his mainly camp humor flicker behind the horror now and then. That was the case with his production of Larry Kramer’s “The Normal Heart” for HBO in 2014. But that hasn’t happened – at least not on purpose – in “NYC.”

Four decades later, Murphy is able to explicitly fold both raw sex and squeamish queer moralism back into the era’s story, but there so far has been no commitment to the truth. Normally, humor opens that door, even in the face of a looming holocaust. In “NYC,” for example, there are frequent spooky glimpses of Kaposi’s sarcoma, the purple lesions that pock the bodies of those infected with HIV. I remember walking into the hospital room of a dying friend who was propped up in bed. He was wearing opera gloves to hide the Kaposi’s and ranting at his nurse that nobody should be denied access to high fashion, including fresh diapers, just because they are dying. Laughing while dying was common. I have a million stories like that.

In “NYC,” events occur that should be insanely funny but aren’t. There is, for example, Gino, the despicably sanctimonious, constantly carping reporter whose boyfriend is a closeted cop secretly into BDSM. At one point, the mystery killer locks Gino into a drawer in the hospital mortuary. It is so off-the-chart and so potentially rife with metaphor that his melodramatic escape should be hilarious, but we aren’t allowed to laugh. Any scenes of kinky sex, including unintended necrophilia, are pathologized. It’s agony. There are a few exquisite high points like a hitman declaring his love to Gino, whom he has managed to reduce to the status of a hypocrite.

It is bizarre to see the context of my coming-out years, AIDS, so bloody and yet abstracted without tears or laughter. I think of my mother, whose brother Robert died during World War II. She told me that the older she got, the harder it became for her to look at a large portrait of him. It wasn’t just a reminder of her personal tragedy, she said. It also signified the way her own life was becoming reduced to history. She didn’t want to talk about it.

I hope we can do better. December 1 is World AIDS Day. We need to tell our stories, not just for personal catharsis but to educate the collective soul of queer people. It was the worst thing anybody could ever dream of surviving. Did you know that there was a literal effort to blame AIDS on kinky sex and poppers? Ultimately, we put aside the shame. We did come together and there was a lot of laughter in the rooms of the dying.