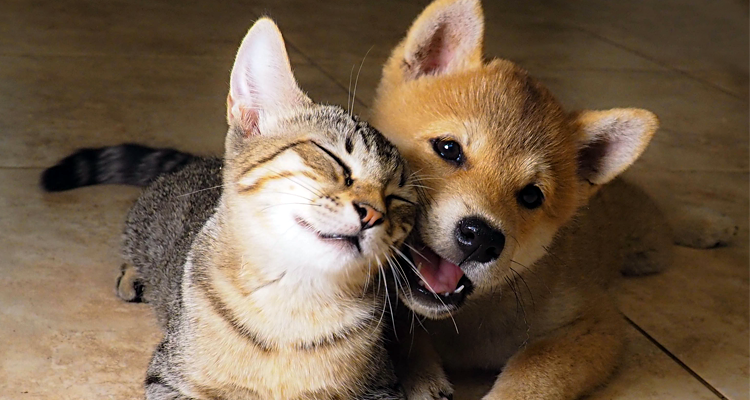 Lesbians and Their Pets

Lesbians love their animals. Honestly, have you ever been to a lesbian’s home and not seen a pet dish of some kind? Looking back on my life, I’ve only known one lesbian who didn’t have any animals and that was only because she was severely asthmatic.

I’ve always had both cats and dogs in my home and, yes, they’ve always gotten along just fine. However, I haven’t known a lot of other lesbians who own both felines and canines. They usually fiercely support one and publicly criticize the other.

But if you had to guess which animal lesbians own the most, which would you pick? If you said dogs, you’d be wrong.

According to the 2018 Autostraddle Lesbian Stereotypes Survey, most lesbians own cats. Conversely, the survey found that gay women aren’t more likely to own a dog than the average heterosexual. In fact, lesbians are more likely to own cats and reptiles than our straight friends.

My son’s exposure to animals depends on which parent’s home he’s in. Katie and I live in two separate places and take care of Mr. Carter evenly through the week. So, he’s at each of his two residences for an equal amount of time, which sometimes spawns a slight competition between his mothers in certain areas of his life. One of those includes his pets.

I currently have four cats, even though I never intended to be a crazy cat lady. Mr. Carter encouraged us to adopt two kittens at the beginning of the pandemic following the death of our beloved Akima. I thought it would be a good idea, since I’d be working from home for what I thought would be the first few months of the kittens’ lives. Still home when they turned a year old, a random trip to the grocery store garnered yet another abandoned kitten in the parking lot that Mr. Carter wouldn’t let me get rid of. Thus, my furry brood grew quickly.

Katie Jo wasn’t thrilled our son was becoming a cat guy, thinking I was having too much influence over his pet life. Since the death of our dog GiGi, there has been no pup in my house, and I have no plans to get another one any time soon. So, Katie acquired a poodle/sheepdog puppy for Mr. Carter to grow up with. Young Stella is the boisterous, bumbling fur ball any kid would love to be around.

Regardless of the debate over which animal is best, having a pet of any kind is beneficial. According to the CDC, regular walking or playing with pets can decrease blood pressure, cholesterol levels, and triglyceride levels. Pets can help manage loneliness and depression by giving us companionship, which I’m sure many appreciated these past couple of years. I’ve even heard of doctors of cardio patients prescribing pets, since it seems when you give love, it heals your heart.

For those who never know what to get their lesbian friends, a good bet is something to do with their pet. If she can’t use it, she will definitely know someone who will.