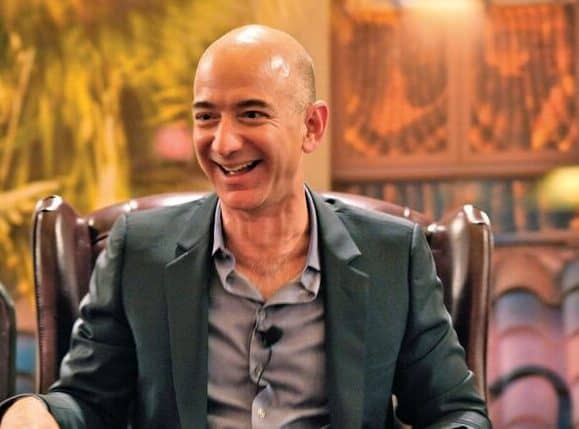 Leveraging a Lack of Secrets

It was adorable to hear my 92-year-old grandma talking about the gentleman friend she recently met, but for the past week, I’ve been wondering whether I should have checked her cell phone to make sure the guy didn’t court her with dick pics. As condescending as our society can be toward young people (particularly their impulse control and relationship to technology), the Jeff Bezos sexting scandal suggests there’s plenty of non-millennials using their cell phones for more than making calls.

It’s not a bad idea to be cautious while swiping through our parents’ photo albums since many of today’s seniors were (and apparently still are) members of the free love generation. Any elderly care expert or sex epidemiologist can attest to the shenanigans regularly taking place in assisted-living facilities, so it wouldn’t be surprising if baby boomers are incorporating their freakiness into their online activities.

I’m unsure if it’s more disheartening that the richest human being to ever inhabit the earth is out here posing for what could be a profile picture on Tinder, or that there are some gay hook-up apps with policies and users prudish enough to flag the type of selfies Bezos took on his phone. According to his online confession, the National Enquirer tried to blackmail Bezos with a “below the belt selfie – otherwise colloquially known as a “dick pic.”

I enjoy any incident that dispels the self-loathing lament often seen in hook-up ads that gay men are sexually tacky or uniquely depraved. Our horniness is one of the most universal aspects of our human identity and having liberated ourselves from one form of shame, it’s disappointing how many of us yearn to be as sexually constrained as the average heterosexual.

Bezos’s response to the National Enquirer ploy evokes an axiom I learned as a closeted gay man in my early twenties: you are only as weak as your secrets. I remember bitter queens threatening to out me to friends and the campus organizations I belonged to, and how I resented myself for being in a position where someone could bully or destroy me.

My desire to wrest control of my truth accelerated my coming out process as much as any notion of self-love. What information do you think you can disclose about me that I haven’t already shared?

It’s a mindset I’ve extended to other parts of my life that might be exploited as kompromat, from smoking weed to cruising bathhouses. For me, part of living authentically has been about preparing my loved ones not to be surprised by any sex or drug scandal that manifests in an extortion attempt or police report.

I was able to leverage my life of candor into a rare form of customer service a few weeks ago when a marijuana dealer shorted me a gram-and-a-half of weed. After initially indicating he would correct his error, the weed dealer attempted to delay the issue until I faded away.

Unfortunately for him, he took my payment via a Cash app profile that included his government name, which I easily linked to his Facebook account and discovered he was a closet case with a white collar job. I drafted a post about how I hate getting hit up by amateur drug dealers on gay hookup sites, then sent it to the weed dealer along with a screenshot of his Facebook profile.

While a part of me was uncomfortable exhibiting narc tendencies, I was not going to report the dealer to his job or the police, but instead, offer an unconcealed account of my daily life to my social media friends. Thankfully, the amateur drug dealer didn’t have the boldness and honesty of Jeff Bezos, and I received a refund within minutes, because we are only as weak as our secrets, too.