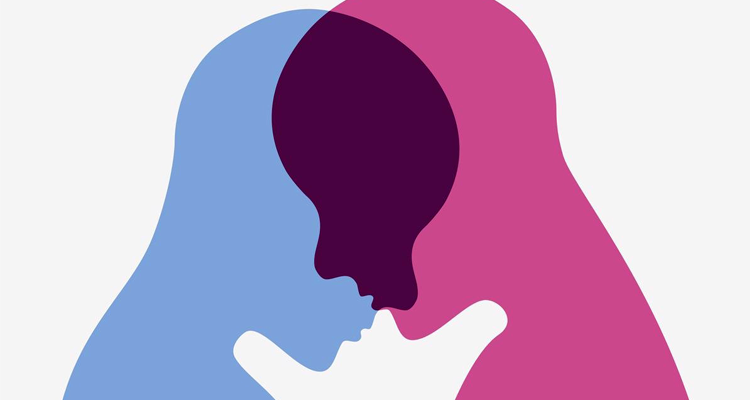 Life’s Intersections: An Examination into the Differing Identities of Queer College Students

In honor of Atlanta Pride, it’s important to remember the importance of intersectionality and how society’s many forms of discrimination can affect their identity as someone who belongs to the LGBTQ community.

All the interviewees requested that they remain anonymous, as most of them haven’t been able to talk with their parents about their sexuality. Therefore, all names used are pseudonyms.

A common theme throughout the interviews was that the strict binary of clothing or mannerisms associated with gender had impacted their LGBTQ identity. Both Carl and Marie spoke about how they felt freer in terms of gender expression via the avenue of dress; however, after pressure from their familial circles, their mindsets on expression began to evolve.

According to Carl, “As you get older … you become more aware of your social norms,” however, he says as a child, he’d “always play with his mom’s clothes, [but] I’d always play with my dad’s clothes too” and as he aged, he “quickly came to realize I can’t [dress in women’s clothes] outwardly.”

Marie had a similar experience in how people perceived her style of dress. “My dad told me not to wear baggy clothes because I would look like a boy,” she said. “Being Caribbean, [there are] very strict gender roles, so they didn’t want me to look like a boy.”

Society expects men and women to behave in a particular manner and deviating from this norm could lead to negative perceptions. Carl emphasized this notion when speaking about his femininity, saying he was “much more outwardly feminine in public spaces, and I cringe not because I hated … being feminine, I hated the perception … and thus [people would make] an assumption about me and … not see me in a certain way.”

Interviewees Marie, Jake, and Leona all spoke about their unique experiences with race and how it has impacted their lives.

Leona, who is Afro-Latino, echoed this sentiment, saying they “fear the consequences of being a lesbian in their family.” They emphasized how they fear a lack of acceptance because of how “Black and Latino people[‘s] feel[ings] about gay people, it’s … not positive at all, especially in older generation[s].”

They all mention fear of judgment and an inability to be open and honest about their LGBTQ identities because of their race.

A common thread throughout the interviews was that they’ve all had to place one identity in front of another to appease family, friends, or even themselves. They’ve all decided to not share an integral part of their identity with others to keep themselves safe from harm or discrimination.

Leona said that with their Black and Latino family, they “always have to put queerness aside … queerness can never show up.” However, at school they feel more able to be unapologetically themselves.

A similar assertion was made by Marie. Marie said that “being Black comes first, ‘cause it’s the first thing people see.”

“I keep that I’m bisexual to myself,” she said. “It takes a back seat to me being a Black woman because people see me as a Black woman.”