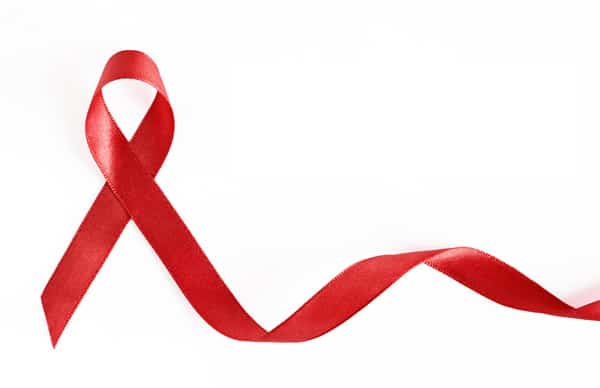 Lesley was my closest friend to become sick in the 1980s, and he fought bravely until his death from AIDS. Today, there are little rituals I have to honor his memory, and I often write about him, the first of many friends lost to the epidemic.

But there’s something I will not do. I will not dig up Lesley’s body and beat young gay men with his corpse. Lesley didn’t perish so I could use him as a scare tactic. He wasn’t a cautionary tale. He wasn’t a martyr. He was a man with the same passions and faults as anyone else, and I won’t use his death as a blunt instrument.

Plenty of us are more than happy to rob graves, however, in an attempt to frighten gay men into acceptable behaviors. This kind of horror-by-proxy happens all the time. Concerned but misguided gay men of a certain age hear whatever the latest HIV infection rates are, and they pull the AIDS Crisis Card.

“If their friends all died like mine did, maybe they would think twice before having sex without a condom,” goes a typical remark, drenched in self-pity and tenuous logic.

This statement misrepresents our lost friends and oversimplifies the state of HIV today. It projects our grief in the direction of those who bear no responsibility or resemblance to what we experienced. It subtly blames our departed friends for their mistakes and then tries to equate them with a new generation of gay men who are much too smart to buy into it.

So frozen in time is our victimhood, it hardly allows for the facts of the here and now. Young gay men are more aware of HIV than my generation ever was. They simply relate to it differently, having come of age since the advent of successful treatments. Asking them to fear something they have literally grown to accept is as realistic as asking them to perform “duck and cover” drills in case Russia drops the bomb.

To view these young men and say, in effect, “if only you saw all the death that I saw…” is a wishful fantasy that disturbs me on all sorts of levels, and it says far more about us than it does about them.

I understand these attitudes come from a place of complicated emotions, ranging from grief, primarily, to our own shame or guilt over dodging a bullet — and it may come from a sincere need to share our experience with others. The punishing tone that often accompanies it, though, isn’t going to win the respect or investment of younger men. It makes us as relevant as old men on the front lawn waving a rake at youngsters.

I take our community history very seriously. I’ve written a book about the dawn of AIDS in Hollywood, have read And the Band Played On more than once, cheered on the activists in the documentary How to Survive a Plague, and inhaled Sean Strub’s historical AIDS memoir, Body Counts. There is enormous value in preserving our history — and in recognizing that many of us still carry trauma born of that time.

Community advocates have stepped up work to help us process what we went through a generation ago. Post Traumatic Stress Disorder (PTSD) is a genuine phenomenon for longtime survivors, and excellent community forums have been mounted to explore these areas by The Reunion Project begun in Chicago and the “Let’s Kick (ASS) AIDS Survivor Syndrome” project founded in San Francisco. Hopefully, other cities and LGBT organizations will follow suit.

That important work is entirely different, however, from allowing our past to blind us to the present. When we raise our finger and say in a voice filled with foreboding, “people think you only have to take a few pills, and that’s it,” we are denying the actual experience of a lot of people with HIV. For many like me, taking a few pills a day is, in fact, the only impact HIV has on my life. Research suggests I will live a normal lifespan and am more likely to die from cigarettes than HIV. And I’m not going to deny all that to advance a fright-show storyline that isn’t my experience.

Perhaps, in the end, we are merely victims of our own success as advocates. We successfully entrenched the immediate, mortal danger of HIV, the shameless inaction of our government, and the profit-driven, opportunistic role of the pharmaceutical industry. Anything that veers from that narrative, especially for those of us who lived it, feels like a betrayal. Yet here we sit, in an age that confounds so much of what we once knew to be true.

The 1980s are history. They are not a prevention strategy. The war as we once knew it to be, the one Lesley and so many others fought so valiantly, is over.

May they rest in peace.