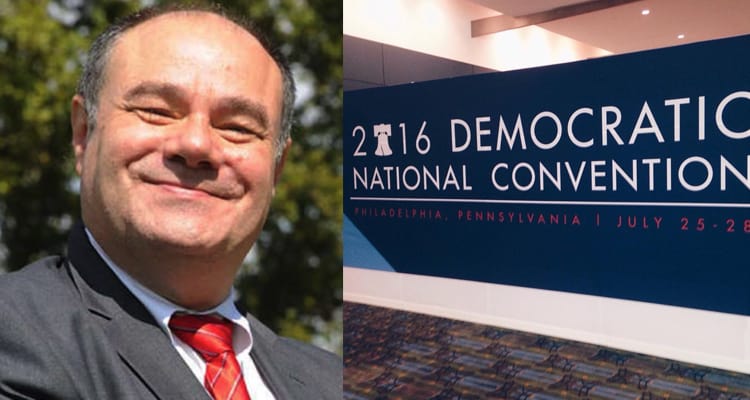 The Democratic National Convention that will convene in Philadelphia July 25 is creating LGBT history on full public view. This will be the first national political party convention with LGBT participation on every level: the largest number of out LGBT delegates and delegates at every level, from a small county district to super delegate, from county commissioner to U.S. Senator. And while the Republican platform suggests same-sex married couples are at risk of raising drug-addicted children, denies transgender people any rights and asks that women not be allowed equal duty in the military, the Democratic platform embraces LGBT issues in broad strokes — from the Equality Act in Congress to the military and trans rights.

What is on full view is how far the struggle for equality has actually come. It wasn’t until 1974 that any LGBT person was elected to public office: Kathy Kozachenko to the city council in Ann Arbor, Mich. In 1975 we saw the first state legislator: Elaine Noble in Massachusetts. One year later, Jim Yeadon was elected to the city council in Madison, Wisc. Also that year, we saw the first out LGBT delegates at a Democratic National Convention, which was held in New York City.

That first LGBT-involved convention saw a very low profile for the LGBT community and in the Democratic platform. That year Jimmy Carter was the Democrats’ candidate for president and the first from a major political party to support LGBT rights as part of his campaign. He was elected and as president created the first liaison to the LGBT community and held the first meeting in the White House to look at LGBT issues. It was literally a page from the book of Democratic Gov. Milton Shapp of Pennsylvania who discussed the issues with Carter on the campaign trail during the primary season when Shapp ran against Carter in the Florida primary. Shapp was the first presidential candidate to have an LGBT branch of his campaign: “Gays for Shapp.” He also was the first governor in the nation to meet with representatives of the LGBT community and create an office known as the Council for Sexual Minorities. I actually headed that effort and advised Shapp, and until I started writing this, I did not realize how that Council would later be used as a national model by a future president.

Just eight years ago, PGN discovered that Sen. Barack Obama’s deputy campaign manager was a gay man named Steve Hildebrand, and we knew that was news. After all, never has an out LGBT person ever reached such a level in a national campaign. We requested an interview and that Hildebrand granted it was a decision that had to be made by the campaign manager David Axelrod and then-Sen. Obama himself. To their credit, they knew this was history and needed to be recorded, so the request was quickly approved.

Jump eight years later, and the 2016 DNC will not only see the largest LGBT delegate caucus in history, but also a lesbian U.S. Senator will speak from the podium; the platform of the party is almost an LGBT manifesto; the Democratic candidate is not only supportive of the LGBT community, she brings it up often in her speeches; and, oh, her campaign manager is a man named Robby Mook, who becomes the first-ever out campaign manager of a presidential campaign.

My thoughts at this moment are for former Congressman Barney Frank, who worked for another presidential candidate, John F. Kennedy. As a closeted gay man, Frank likely never thought he’d get anywhere with his passion for politics, as he heard gay slurs tossed around during that campaign. Frank of course followed Elaine Noble into the state legislature in Massachusetts and became the nation’s first out U.S. Congressmember.

It’s now 40 years since a brave Kathy Kozachenko was the first out LGBT person to be elected to office and who, along with those brave grassroots LGBT activists who served as the first out delegates, led the way for the creation of Human Rights Campaign in 1980 and Victory Fund in 1991. The latter was led by inaugural executive director Brian Bond who professionalized the effort to elect out LGBT people across the nation, and who this year serves as one of the top executives in charge of the DNC.

Democrats attending this week’s convention should hold their heads high, and enjoy the history they are creating. Know that you are building the blocks that will make history.

Mark Segal, Philadelphia Gay News publisher, is the nation’s most-award-winning commentator in LGBT media. You can follow him on Facebook at MarkSegalPGN or Twitter at PhilaGayNews. His memoir AND THEN I DANCED is available online and at your favorite bookstore.