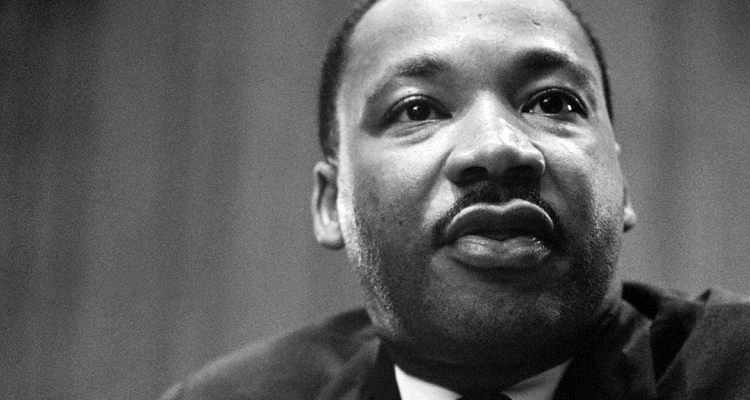 Mr. Carter learned about Martin Luther King Jr. last January while in kindergarten. It seems that, however, those lessons have lasted longer than I expected for a six-year-old and often come out in humorous and embarrassing ways.

Recently I was getting ready to take him somewhere. Mr. Carter was playing with some toys while I was in the bathroom, and I had the TV set to old music videos. Sir Mix-a-Lot began playing.

Mr. Carter: What is this song about?

Mr. Carter (after thinking about it): It’s like that guy who went to Heaven who said you shouldn’t be mean to people because of the color of their skin.

Me (getting his point): Correct. It shouldn’t matter what size butt you have.

Never have Sir Mix-a-Lot and Dr. King been mentioned together in such a way.

Then a few days later we were at a swim meet. There were round tables scattered all around the pool, and after his competition he came to sit in my lap. He then said loudly:

“Before Martin Luther King you would have been mean to him.”

He then preceded to point to a Black man and his family seated at the table right next to us, who I didn’t know. I knew they heard him, and I internally panicked. However,
I knew this was an important moment and the opportunity was far more valuable than my ego. I simply said I hoped I wouldn’t be mean to him even without Martin Luther King, but that Dr. King was a very important person to honor and a great role model.

This is a new day, even if it’s hard sometimes to remember. I can recall the introduction to an MLK Day in this country, and the intense backlash. Then, when it was enacted, I remember the ridiculous debates within my workplaces on whether employees should take the holiday off or not. And now we have a brand-new national holiday in honor of Juneteenth, which is a day I admit I was unaware of until last year’s racial unrest. A remarkable feat, and a holiday my son will always know.

At the time he first learned about MLK, I was glad he was getting a formal introduction to the civil rights icon and impressed his school made sure to spend a week on his lessons for MLK Day. I could see my son was developing an understanding as to why the man was important. However, he was also confused as to why such a man was needed. Mr. Carter had not been exposed to that kind of discrimination and had the unfortunate realization that there were indeed people who were that mean.

MLK talked about his dream of children from different races playing together, but I doubt he allowed himself to imagine my Southern white son’s diverse classroom speaking his name both inside and outside school in such a progressive way. Whether we stop to celebrate these victories or not, the fact remains that things do evolve and get better.