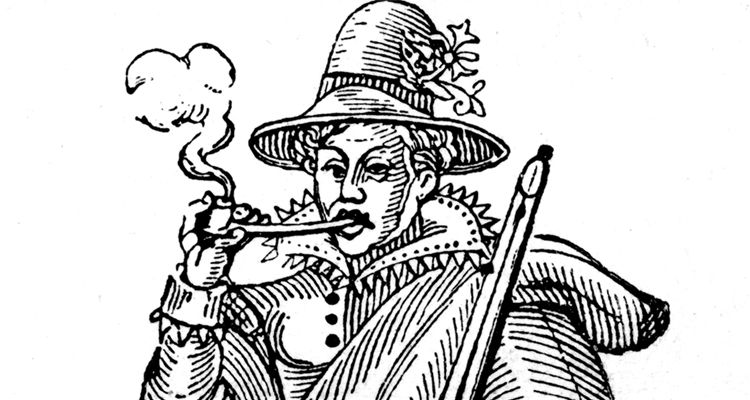 When you hear the term “militant bisexual woman,” a certain image may come to mind. That image is probably not that of a 17th century female “highwayman” who ran a gang of cutthroat thieves, swaggered through London streets in male drag and lived unrepentantly to the age of 75.

Born instantly rebellious, Mary Frith was indulged by middle-class parents. She grew up “very tomrig and rumpscuttle” and became an exceptional horsewoman and fine shot. But Daddy Frith eventually thought to guide his rebel girl into womanly ways.

Endure a proscribed and deadly sedentary life sewing samplers? According to The Newgate Calendar—a series of 18th- and 19th-century criminal biographies named for Newgate prison in London, “[H]er needle, bodkin and thimble she could not think quietly, wishing them changed into sword and dagger for a bout at cudgels.”

Despairing, her father sought to pack her off to the colonies (i.e. America) dressed as a man for a life of indentured servitude. Placed on a Boston-bound merchant ship, the 14-year-old managed to jump overboard and swim ashore to fulfill her criminal destiny.

Early on, Mary excelled at cutting the “purse” worn at the waist by Elizabethan and Jacobean men. She graduated to running a gang of cut-purses and and finally robbing carriages with aplomb. And she warmly received the name “Moll,” which denoted a woman of scandalous reputation.

Tall, with piercing blue eyes and dark, curly locks, she took to wearing elegant men’s clothes, with richly appointed doublets and always topped with a black cape, tricorn hat and a fine pipe. In fact, she is said to be the first woman to smoke tobacco in England.

Moll spoke with the stentorian tones of a general. She sauntered through London streets, radiating power and sexuality, turning the heads of both men and women, her minions and her manner usually affording proof against impediment.

Such a mythology grew around her that she was nicknamed “the roaring girl,” which she adored. A successful play was written about her with The Roaring Girl as its title.

The play’s author, Thomas Middleton, declared Moll a “handsome and graceful woman,” kindhearted and generous in her dealings with other criminals, a woman who covered the walls of her houses with looking glasses and amused herself with lovers of both sexes.

She excelled in carriage-robbing on the many highways and byways of London, suddenly appearing bestride her horse, in mask and swirling cape. She could resort to female dress if chased, thus confounding pursuers.

Of course, she could not always elude the law. She had her hand branded — the fate of thieves — and served some time. In fact, she was once jailed for riding at full gallop through the center of town, dressed outlandishly, a large cape flowing behind her, blowing a trumpet — all to win a wager. But she always redounded to her chosen life.

It was the wearing of men’s clothes that particularly infuriated the moralists. She was arrested from time to time for this particular crime. As Moll told it:

They might as soon have shamed a Black Dog as Me, with any kind of such punishment.”

When asked if she would ever wed, Moll replied, “I have no humor to marry. I love to lie a’ both sides of the bed … I have the head of myself and am man enough for any woman.”

Her career on the highways ended after an exchange of gunfire and a great chase, successful until her horse gave out. Tried and jailed and forced into female clothes, she bought her way out of Newgate prison with a £2000 bribe (this was equivalent to the purchase of 242 horses or the paid wages for 40,000 days of skilled tradesmen. Crime paid).

She was still able to buy a house on Fleet Street, near the Globe Theater, where she began an extremely lucrative trade fencing stolen goods.

Unfortunately, almost seven decades of riotous living took a toll. With no husband or children, Moll had no hedge for old age. But despite spells spent in Bethlem Hospital, a psychiatric facility, she died in her own bed, unrepentant to the end.