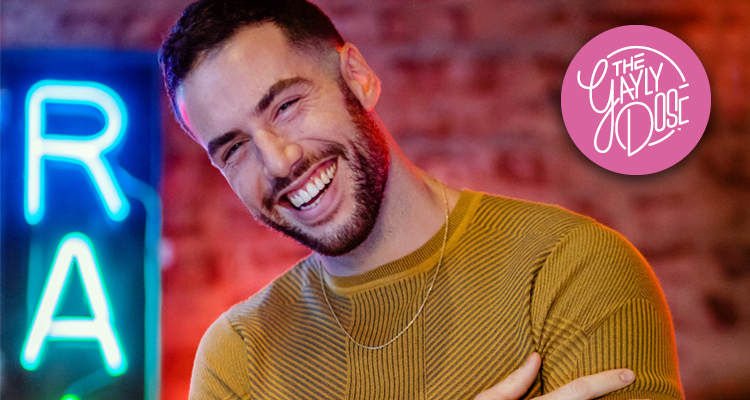 My Controversial Feelings about Pride

As a tiny new gay coming into the city at 18, I really thought Pride was gonna be my girl.

The excitement of knowing I was going to be surrounded by like-minded people made me so hyped and so much more gay. I was always a social guy, so it came as a surprise to me how segmented the entire enterprise felt. From demographics, even down to the socioeconomic signifiers, Pride at my age in the 2010s felt like a status march.

My first Pride was my first year of college. I played it chill and just explored the land, especially the bright side of being in the park where all groups in the community came together. But by the time the night fell, it seemed like that was when everything became segregated. In many ways that makes sense; there is the draw of sexual attraction when the night falls, so why not be with the ones you want to fuck? The insane concentration of the community getting together in such a sexualized way made me, in many ways, feel as if I wasn’t as far along or up to date in my gay experience.

Pride became an anxious weekend for me, and there was little for me to be hyped about. I don’t drink, I don’t take drugs, and anonymous sex is very rarely my forte. I want to fully acknowledge that there is a world of Pride far outside those three things, but they seem to get much of the spotlight over the weekend.

It became evident that there is an essence of exclusivity about Pride that is unfortunate. If you are any of the muscle gays who flood the city, you know exactly what parties to hit and who to talk to. If you are anything else, you are left to find parties that are still there but not nearly as supported by big budgets or marketing dollars. The concentration on white gays being a lucrative class to target made the party promotion scenes around the weekend focus highly on them asan audience.

Many of my friends who are not white gay males have for years not even known they were included in many of the festivities that Pride entails.

Here are some quotes from my closest queer friends when asked, “What are your feelings on pride?”

“It’s the Labor Day of queer holidays: the sentiment is valuable, but the execution isn’t up to par with the needs of the community.” —Skylar

“For me at this point, it’s just a paycheck. For the gays with money, it’s a great time. There is no sense of radical nature in Pride anymore; we are following the rules now, and it loses the qualities of Pride that were so important once before.” —Kenneth

“There is a divide in Pride, between the organizations that continue to fight for the movement itself, [and] then corporate pride; [it’s] a social grab for cash from a very wealthy demographic.” —Zachary

While I sit and feel very nonchalant about the experience of Pride (as someone who feels like they give a lot to many different aspects of the gay community publicly), I still hope the pillars of Pride are respected in the highest regard. While right now it can feel like a breeding ground for partying and anonymous sex, I hope the reminder of our history is apparent. We have every right to celebrate where we are: our freedoms, our sex, our identity. Hopefully in that sentiment, we remember the ones who fought through hell for us to be face down, ass up — whenever we want to be.

Jake stars on the cast of The Gayly Dose, an Atlanta based podcast that elicits vulnerable and honest dialogue about everyday and taboo topics that LGBTQ+ people aren’t having with each other…but should. Purposefully candid and brutally honest, the cast speaks on a range of topics including gender norms, monogamy, body issues, coming out, dating apps, lesbian breakups, and growing up gay in the church. Listen and watch the new Season 3 at thegaylydose.com