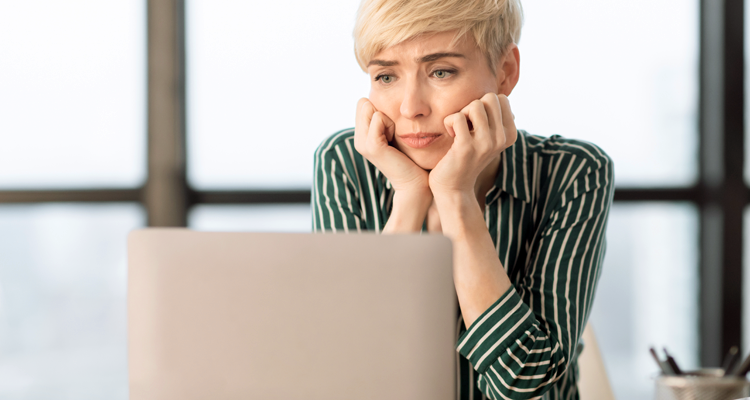 Like much of the world, a dear friend and I were recently discussing our hopes for the new year. During the conversation I confessed how grateful I was that career ambitions always came easily to me, but that my personal aspirations, romantic relationships in particular, seemed to prove a challenge.

“Why don’t you use an online dating site, since it looks like we’ll remain home for a while?” she asked me. Trying not to be a rigid middle-aged woman, I allowed myself to be open to the idea. That lasted about an hour.

I’m not sure what it is about online dating that makes me uncomfortable. I first considered it while working in morning radio, since many of my younger colleagues considered meeting someone online the norm. I hesitated because of the public profession I had chosen. I worried a radio fan would find me. Then again, I liked my radio fans and now realize it was more about my radio co-hosts giving me crap and hazing my profile. We did do a radio bit once during which I posted an online profile, but I ended up inviting all the women I connected with to one big dinner so they could meet each other.

Now that I am no longer on local radio, I decided to give these profiles a real try. I started with Bumble, because that site seemed to take the comfort of its clients more seriously. Bumble is known for only requiring the woman to make the first move, but with same-gender pairings, either party can.

I also found an app called Her, which caters to lesbians, and I’ve also known people who had successful relationships on Match.com, so I posted there too.

I searched for photos to provide in my profile, only to find most of my collection is of my six-year-old son. Not many people volunteer to take pictures of mothers with their children, which results in most mothers lacking pictures for an online dating site. I dug up a few from before motherhood and used those instead.

The more I sat there feeling vulnerable, the more I realized I felt like a card in a deck. It was less about my being rejected and more about my guilt in swiping left. I think the Pisces in me took over and analyzed how swiping doesn’t allow the opportunity to hear a voice, catch a vibe, or experience anything else about someone besides their looks. I was left feeling more awkward than excited, so I deleted everything I had posted shortly after signing on.

I suggested to another single friend that we both should post a profile for 2021, thinking that might shake my analysis paralysis.

Seems I’m not alone in my distaste.

As much as I appreciate my friend’s initial suggestion to find connections in the ether, I may have to take a pass. We will eventually get back to social interactions, and I will find more satisfaction in experiencing someone in full before assessing whether or not a date is appropriate. Until then, I will make sure those behind the camera do a better job of including me in photographs.