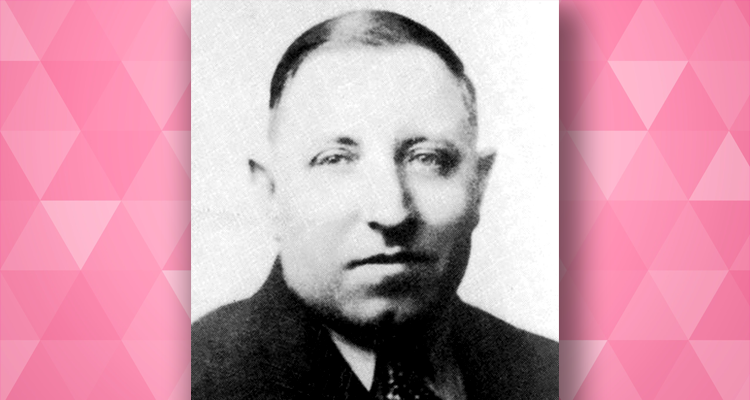 Over, Under and In Between: the World’s First Queer Rights Movement

Doing research on “Stonewall 50” (2019), I found nation after nation focused on that little bar at 53 Christopher Street in Greenwich Village.

Germany, for instance, had many pages listing marches and queer cultural expressions, from the tiniest hamlets to the largest cities. Each event was prefaced by the letters “CSD.” Surely, I thought, that meant “something something Deutschland.” But no: “Christopher Street Day.”

Yet Germany was home to the planet’s first and quite amazing queer rights movement. Hey — the word “homosexuelle” entered the world in 1868 via Karl Heinrich Ulrich, Germany’s first openly queer activist. And in the decades that followed, there was much agitation for the removal of laws and social constraints.

One of the greatest, most persistent and visionary activists was the venerable sexologist Dr. Magnus Hirschfield. He coined the term “transvestite,” applied to gender nonconformists (who might also dress as the “opposite” sex).

In 1897, he gave the world the Wissenschaftlich-humanitäres Komitee (W-hK) or, Scientific Humanitarian Committee. W-hK’s slogan? Justitia per Scientiam: Justice Through Science.

It was W-hK that tried to overturn Paragraph 175, the law forbidding “coitus-like acts” between men.

Abolition received endorsements from looming figures like Albert Einstein, Sigmund Freud, and Leo Tolstoy. In 1929, repeal passage lay with a Reichstag (People’s Congress) Committee. The rise of the Nazi Party doomed it.

Meanwhile, Germany’s wide-open queer social ferment dazzled one Henry Gerber (1893–1972) and made him believe America was ripe for such things.

Henry was born in 1893 in Bavaria. He emigrated to Chicago in 1913, as it had a large German population. When the U.S. entered the World War in 1917, Henry had a choice: be interned as an enemy alien or join the Army. He joined and worked as printer, proofreader and translator while stationed in the Rhineland.

Upon his stateside return, Henry founded the Society for Human Rights. To obtain a charter as a nonprofit group, Henry kept group goals purposely vague and Constitutional-sounding. Illinois said “yes” in December 1924, making SHR the oldest documented queer group in the U.S.

Gay African American clergyman John T. Graves signed on as SHR’s first president. Membership was restricted to gay men; bisexuals could be a liability. However, SHR vice president Al Weininger was in fact married, with children, and his wife reported SHR “degenerates” to a social worker in 1925.

The subsequent police raid included a reporter from the Chicago Examiner, who would describe the arrests of Henry and Weininger with the headline “Strange Sex Cult Exposed.”

Despite three trials, charges against Henry were eventually dropped. But he lost his apartment and his typewriter. His defense costs, including bribes paid, killed his life savings. That cushy post office job? Gone, for “conduct unbecoming a postal worker.”

One positive outcome: a young labor activist named Harry Hay heard about SHR through a man who’d been a lover of an SHR officer. Harry went on to establish Mattachine.

Unfortunately, Anthony Comstock, a rabid anti-sex New England Congregationalist zealot, got Congress to pass his self-penned “Act for the Suppression of Trade in, and Circulation of, obscene Literature and Articles of immoral Use.” (i.e. Comstock Act). Among many things, the Act forbids any information “for preventing conception or producing an abortion” (this was in 1873).

His law victimized tens of thousands of people, especially young people, who ended up penniless, jailed, with no family to return to. Sex educators, women needing abortion services, and people trying to provide assistance were beleaguered to the point of desolation and even suicide. In fact, Comstock said with great pride that he had driven 15 people to suicide.

The unbelievable thing here is not only that the constitutionality of this act has been upheld … but it remains on the books today. It forbids use of the mails to distribute “obscene” material and anything “which is advertised or described in a manner calculated to lead another to … produce abortions.”

According to Sandra Rierson (Encyclopedia.com) in 1996, as part of the omnibus Telecommunications Decency Act, the brimstone-stoking Rep. Henry Hyde (R-IL) led the act’s amendment: anyone who “knowingly uses” an “interactive computer service” to obtain anything “designed, adapted, or intended for producing abortion” or any “advertisement” or other notice indicating the means by which an abortive device may be obtained, is guilty of violating the act.

As a postal worker, Henry saw too frequently the omnipresent danger of the Comstock Act. And history tends to repetition.