Melissa Carter: We are the facts that will inspire the next generation

The Georgia Voice Editors
OutspokenThat's What She Said
July 20, 2012 0

I have noticed when anyone has a strong prejudice against a certain group, she or he is armed with some sort of reference material.

For instance, when men defend their superior status over women in society, they reference published history, suggesting that’s simply how things have always been. When someone speaks out against the gay community, there is usually a Bible in their hand.

But what if an unknown piece of the past was uncovered that told a different story?

Topher Payne: The delicate matter of knowing you’re not the breadwinner

This morning I got the confirmation email for my flight to San Francisco next month. It’ll be our first real vacation since we got married three years ago. My first reaction was excitement, because I wasn’t expecting my husband to buy the tickets, so it was a nice surprise.

This was immediately followed by the anxiety of seeing the price tag. It’s not my money — I won’t be paying for my ticket, or the hotel, or really much of anything — but I’m able to exist in a fairly pleasant fog of denial about how much Preppy covers financially, and moments like this force the fog to clear in a manner I’d just as soon avoid.

The two subjects people most commonly avoid in relationships are sex and money, usually why there isn’t enough of either. This statistic was provided by The Official Institute of Things I Made Up About Relationships. 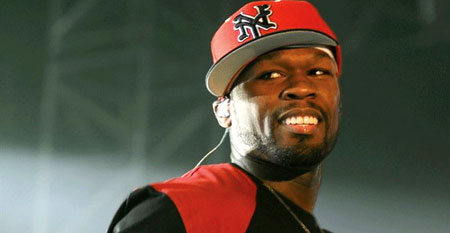 “I’m the one that’s married for 29 years. The accuser is the one that’s been single for a long time. So usually black women that look like me don’t engage in relationships like that.”

— Florida Lt. Gov. Jennifer Carroll, a Republican, responding to a former staffer’s claim that she walked in on Carroll and a female aide in a sexual encounter. (WTSP.com, 10 News Tampa Bay, July 14)

“Obama is for same sex marriage. When the president is saying that, who am I to go the other way? It’s cool.”

The Georgia Voice Editors
OutspokenThat's What She Said
July 6, 2012 0

The recent temperatures over 100 degrees brought headlines warning people how dangerous such weather can be. The intent was to remind people not to get overheated or dehydrated by spending a lot of time outside. However, no one gave warning about the dangers of being stuck in the air conditioning with your family, and in my case, taking part in an epic Scrabble battle.

My mother and I play Words with Friends online, so it made sense that when Katie and I went to visit her last weekend we would lay out the Scrabble board and play face-to-face. My sister, who also plays online, was part of the dining room table competition.

The game began without incident. I was the scorekeeper, listening to my mother and sister begin their ritual trash talking, as Katie poured the wine.

Topher Payne: A wedding anniversary becomes a milestone for the whole family

This story starts with the ending. Mama and Daddy celebrated their 40th anniversary last weekend — impressive by any standard, and even more so when one considers the fact that they were 19 and 20, respectively, when they eloped.

Neither statistical odds nor conventional wisdom was on their side, but they grew together and built a life. Not every leap of faith has that kind of payoff. It is a moment worth celebrating.

I called with congratulations. Mama said their shared hope is that my sister and I will build equally strong partnerships with our husbands. That was the term she used, “Your husbands.” Mama made no distinction between her daughter’s marriage and her son’s, and both were lumped in with her own. Marriage equality has been achieved in the Payne family.

The Georgia Voice Editors
OutspokenThat's What She Said
June 22, 2012 0

ersion to wearing glasses comes from sibling rivalry. My older brother and sister needed glasses young, so this offered a challenge for me to see how long I could go without them. At 42, I still pass my driver’s license test without my glasses. But barely.

I am near-sighted. I think. Much like the debate over “affect” or “effect” seems to commence whenever either word is cautiously used, a similar confusion occurs whenever one gives an eyesight diagnosis.

I can see things near me, but the detail of things far away is blurry. I have a prescription for this condition, but find I only use these glasses in dark places, like a movie theater or driving at night.

Topher Payne: Using old talents in a new medium leads to the birth of a salesman

I’m really into bricks lately. The gateway drug was tearing the wooden steps off the back of our house and building the new ones myself. Standing at the base of my beautiful brick steps, I felt a surge of pride not unlike what the Egyptians must have felt when they completed that first pyramid.

“Ah, yes,” they/I thought. “Here is a thing I did which will last the test of time. Now, let us see what Cleopatra is up to.” Only when they said that last part, they meant the real Cleopatra, not obsessively Googling for more leaked images of Lindsay Lohan as Elizabeth Taylor as Cleopatra, which is what I meant. But I can assure you, our devotion is identical in every way.

Anyhoo, the back steps led to a retaining wall, which then caused drainage problems requiring a second retaining wall to reroute the flow. And now there are plans for a patio. I can only haul a certain number of bricks in my car at one time, so I make lots of little trips to Home Depot, stopping by after work to pick up a load like one would grab a gallon of milk — only much, much heavier.

“I was a Boy Scout, and I have wonderful memories of my Boy Scout days and we had no issues like what has come up in recent times. I’m saddened and shocked by the policy the Boy Scouts have.”

— Gay Star Trek veteran GeorgeTakei in an interview June 18 with the New York Daily News on the ouster of Ohio mother Jennifer Tyrrell who was fired from her volunteer Cub Scout leader position in April because she is a lesbian. Takei will be joined in the official Gay & Lesbian Alliance Against Defamation car by Tyrrell at the 43rd Annual LGBT Pride March in New York City on June 24.

Melissa Carter: A little pain is worth the gain, for all of us

The Georgia Voice Editors
OutspokenThat's What She Said
June 8, 2012 0

I wince in pain as I lift my left arm, forgetting about the vaccine I just received a few days ago. Since the pain of such a shot doesn’t emerge for a day or two, the fact that you got stuck by a needle easily slips your mind.

I was recently contacted by Children’s Healthcare of Atlanta about helping out at The Voice, the radio station located at Egleston that broadcasts to all the hospitals within the CHOA system. You may remember its launch last year, since Atlanta native Ryan Seacrest began the station as part of his Ryan Seacrest Foundation.

My job will be as back-up anytime they need an extra hand at the mic or during big events. Since the station is located within the hospital, I had to get what’s called the “Tdap” vaccine, which stands for tetanus, diphtheria and pertussis (or whooping cough).

When I started buying my own clothes in my teens, grunge was at its peak. A wifebeater, flannel shirt, and a pair of Dickies were considered appropriate apparel for any occasion, which was super handy because you could buy that whole outfit for less than 10 bucks.

In retrospect I see that the fashion trend was started by poor people who had to shop at thrift stores because they were spending all their money on drugs. Then the look was adopted by prep school kids like myself, who went on shopping sprees at thrift stores and still had mad cash left over to spend on drugs. We’d all end up at the same concerts, and the only way you could tell the difference between the real thing and the posers was by sniffing us. The prep school guys all smelled like CK One.

So I was trained to shop thrift, and shop it well. As fashions changed, my shopping habits didn’t, and I grew to take pride in being an excellent excavator of treasures. My husband has a corporate-level position at a clothing retailer, so this offends him on a few different levels.

“As JC Penney focuses on becoming America’s favorite store, we want to be a store for all Americans. In celebration of Father’s Day, we’re proud that our June book honors men from diverse backgrounds who all share the joy of fatherhood.”