Topher Payne: Have a little faith in faith

My Aunt Trish was passing through Atlanta, and stayed in our guest room for the night. I had to work late, so by the time I got home, she and my husband Preppy were already pretty deep into their second bottle of wine. The conversation had turned to big ideas, as the second bottle of wine tends to dictate.

Trish was reminiscing about her mother, my Grandmama, a fiercely loyal, funny, incredibly opinionated, strident woman. She was the sort of person who always let you know exactly where you stood with her, and if you stood in the wrong place, it would send a cold chill down your spine. I long ago made my peace with how much I take after her.

Grandmama died before I came out, and I’ve always felt that was for the best. She was a Depression-raised churchgoing conservative. My wanting to kiss other boys would have probably stuck in her craw, even if I did marry a nice fella from Mississippi.

Melissa Carter: It’s not new love we should celebrate

The Georgia Voice Editors
OutspokenThat's What She Said
February 3, 2012 0

alentine’s Day is a time to celebrate love — or at least the idea of how love could be. We see plenty of examples of young romance on television and in movies. But I wish there were more portrayals of couples still hot for each other after years together. Those are the couples who have figured out what true love really is and remind us that sometimes the secret is more simple than you would think.

My parents were married for 50 years until my father passed away from cancer in 2001. Their unique and touching romantic gestures towards each other began when they were newlyweds and had no money. On their first anniversary she arrived home from her teaching job and checked the mailbox first like she did every day.

Inside was a letter informing her that her gift was upstairs waiting for her. When she got to her bedroom, there was my dad waiting for her wearing a bow. My mom is in her ‘80s and this story still makes her smile and blush when she tells it.

Topher Payne: Three questions to ask yourself that will dramatically improve your relationship

In our house, I’m the one who likes to discuss how I feel about things, because I think feelings are fascinating, and also because they’re handy when you’re totally in the wrong.  If you can’t argue based on fact, you can always argue based on feeling.  Because a feeling is never wrong.  And I prefer never being wrong.

But discussing the minutiae of your relationship can be a bit like describing individual blades of grass — while each is a marvel of creation, no doubt worthy of close examination, you could exhaust yourself with the task for months without covering much ground. After you’ve settled into a life with someone, you tend to look at the whole yard and determine whether it’s time to do some serious work, or if you can wait ‘til the weekend. Or maybe the weekend after that. 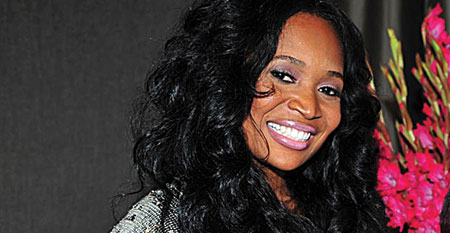 “Well anyway, that’s why you don’t have a man. Go and hang with them faggots with your ugly ass.”

The Georgia Voice Editors
OutspokenThat's What She Said
January 20, 2012 0

I call them the Fantastic Four. No, not Marvel’s famous superhero family. These are four embryos, a product of my in vitro fertilization, that are currently housed in a freezer.

I actually produced five eggs as a result of the procedure but my medical professionals only deemed four viable. Under a bill currently in the works by two Georgia state lawmakers, the act of my clinic discarding that unusable embryo could be considered murder, and my surviving molecular children would be guaranteed the same constitutional protection that I enjoy.

The “personhood” referendum, as it is often called, proposes a state constitutional amendment stating that life begins at fertilization. Thus, legal protection would begin at fertilization as well. Simply, a fertilized egg would be defined as an adult person.

Topher Payne: GOP in the City

Mitt Romney is just frustrating the hell out of me these days. The part of me that craves a two-party system, with the possibility of having more than one option in a presidential election, gets all excited when he appears in a debate and says things like, “not that we want to discriminate against people or to suggest that gay couples are not just as loving and can’t also raise children well.”

Whoa! Yes, baby! The Republican presumptive nominee publicly acknowledges our relationships can actually be based in love, and that we don’t automatically destroy the children we raise. This, sadly, can be considered progress. But then he gives us this:

“But it’s instead a recognition that, for society as a whole, that the nation presumably would be better off if children are raised in a setting where there’s a male and a female. And there are many cases where there’s not possible: divorce, death, single parents, gay parents, and so forth. But for a society to say we want to encourage, through the benefits that we associate with marriage, people to form partnerships between men and women and then raise children, which we think will — that will be the ideal setting for them to be raised.” 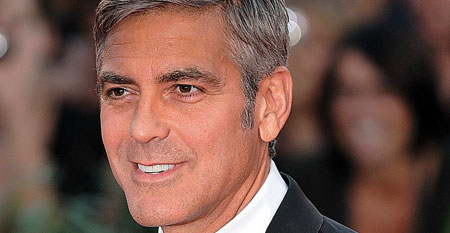 Melissa Carter: Listen up, ladies. Stop being gross in 2012.

The Georgia Voice Editors
OutspokenThat's What She Said
January 6, 2012 0

It’s a brand new year. Crowds of resolution-inspired men and women are rushing to gyms and health food stores all over town to satisfy their internal promises. This time of year we make all kinds of goals. We pledge to spend more time with family and friends, kick the smoking habit, get out of debt, and try the latest diet.

I have another resolution to add to the To-Do list, but this one is just for women: Get cleaner in the public restrooms. Quite simply, ladies, you are nasty in the bathroom. And it needs to change. Now.

In recent weeks, I attended the standard regiment of holiday parties at bars and restaurants, and scoured the city for the perfect Christmas gifts. While on my trek, I was forced to frequent several public bathrooms. This is the breakdown of what I have experienced. And it isn’t pretty. 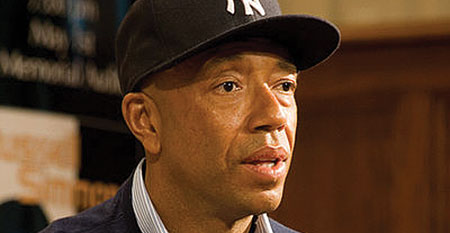 “Proud of Taylor Lautner for his bravery and his courage.”

Russell Simmons of Def Jam, responding via Twitter to a purported People Magazine cover story titled, “Taylor Lautner: Out & Proud.” The alleged Jan. 7, 2012, cover, which was widely circulated on the Internet, is “absolutely fake,” according to the magazine. (E! Online, Dec. 27)

“Disappointed that people would joke about someone coming out about their sexuality. Let Taylor Lautner be whoever he wants to be....”

“You don’t want the gay liberation movement to morph into something like the Klu Klux Klan, demonstrating in the streets against Catholicism.”

We haven’t actually spoken to our schizophrenic next-door neighbor in about six months, save for one afternoon when I was in the back yard, on the phone with my sister. I made the mistake of looking in the direction of Crazypants’ house, which prompted her to scream, “Don’t you look over here!”

I was theoretically happy to oblige, but it’s incredibly difficult to not look in a particular direction when one is standing in one’s own back yard. Go on, try it. It is a challenge.

For the past two years, Crazypants has been convinced that we are sneaking into her home and disabling her security system, garbage disposal, and other home electronics. It’s a blind faith usually reserved for religious fanatics — the difference being when something bad happens, she doesn’t think it’s part of God’s master plan, she thinks it’s a couple of gays with too much time on their hands.