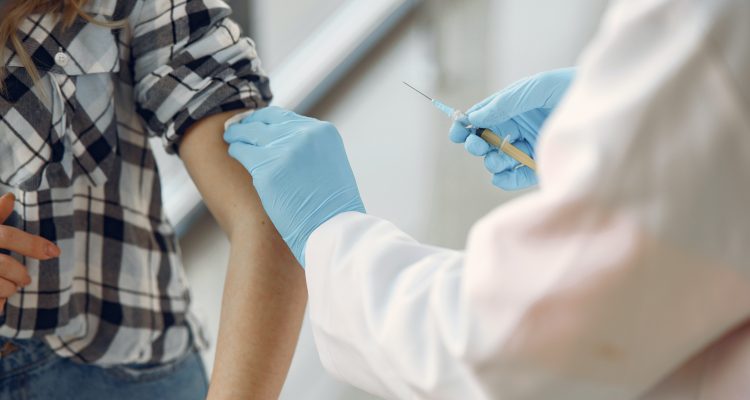 Beginning in August, France will require proof of vaccination against COVID-19 for anyone who wishes to go to a restaurant, bar, museum, or movie theater — among other activities or destinations. This is in reaction to the quick rise in new cases caused by the much more contagious Delta variant, which has created a fourth wave in the country (a month ago our national daily new caseload was around 2,500, but as of the end of July the daily average is tenfold).

This so-called “pass sanitaire” is managed mainly via a phone app that is downloadable onto any smart phone (TousAntiCovid, which means “Everyone Against COVID”) and anytime one gets either a COVID-19 test, or more importantly a COVID-19 vaccination, the Ministry of Health automatically issues a QR code for your phone (for those preferring a paper trail, a printable version is also provided via email or in-person at the vaccination center).

France has the distinction of having one of the highest rates of vaccination skepticism in Europe, so the initially sluggish pace of vaccinations in the country coupled with the significant reticence of many anti-vax French has hindered efforts to reach a level of total vaccination that will lead to herd immunity (as of the end of July roughly 60% of the country is fully vaccinated).

As has been the rule in most aspects of this pandemic for French President Macron, the implementation of the pass sanitaire has been slow, convoluted, and mismanaged. For instance, the issuance of the QR codes following a vaccination only began in late May, so that the millions of vaccinations that were given in the weeks and months prior are not incorporated automatically into the digital registry (but can be retroactively added by calling into the Health Ministry and waiting forty minutes or more to talk to an earnest but incompetent “counselor”).

Or, as in my case, if one was fortunate in obtaining a vaccination from outside of France — in my case, I got the single-dose Johnson & Johnson while visiting the United States in April, back when France was limiting what few doses they had to those who were 85 years old or older — you’re out of luck since the pass sanitaire system can only accommodate vaccinations received within France.

As the French government debated the proposed law leading up to its implementation, in typical fashion the French took to the streets in protest around the country. Over 100,000 marched in cities large and small against the requirement of health workers to get vaccinated or they will lose their job. Civil libertarians joined with the anti-vaxxers hoping to forestall the eventual ratification of the law, but the National Assembly and Senate ultimately approved it. It effectively requires business owners to verify that everyone entering their establishment is vaccinated (how, and with what guidance is still to be determined). The national rail company SNCF as well as Air France are also implicated in enforcing this new measure, which will undoubtedly create significant bottlenecks for August vacation travel, increasing frustration among tourists and staff alike.

The Health Minister in Macron’s government decried the “cult of individualism” that many people (read: anti-pass sanitaire protesters) apparently have regarding the right to live a normal life of going out to cafés, bars, movies, and concerts while also being unvaccinated. While his public scolding and shaming might not have much of an effect, since the measure was passed there has been a significant spike in vaccinations, particularly among the young whose principles went out the door once their ability to go out and drink was at risk.

As for me, I have been wondering how to proceed. My slip of paper from Walgreens illegibly scrawled in blue ink by a pharmacist in April is all the proof I have of my vaccination, and when I present it to anyone here (or in the US) it is met with immediate suspicion, and rightly so. At least in France there is a national standard, now, and it is fully integrated into a pan-European system so that tourists and business people from one country to another can easily prove they are vaccinated.

Additionally there is growing chatter in the epidemiological community about the efficacy of the single-dose J&J vaccine against the more virulent Delta strain. Which led me in July to opt for a Pfizer “booster” so that I could at least get my QR code that I had had my first dose. But for stress-free movement and access, I will still need to have a complete digital record, so despite my having two doses I will get another Pfizer to be done with constantly explaining that my scant Walgreens 3″x5″ slip of paper is actually proof of my Johnson vaccination.