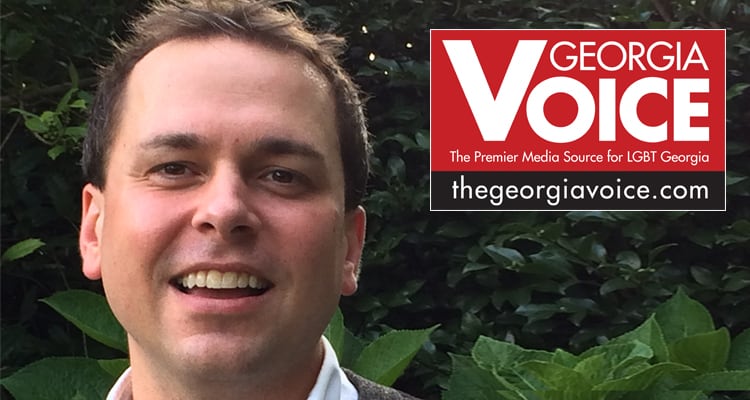 Patrick Saunders: Money matters, progress and coming out on the other side

I’ll be honest – putting together our annual financial (or “Pink Dollar”) issue is a stone-cold bummer.

Taxes and money matters are important, of course, but they’re not thrilling. There are only so many different ways you can talk about tax tips and financial planning. And conveying the message of the articles and the issue visually? Even harder, as our Art Director Rob Boeger will attest to.

But this isn’t supposed to be easy, and it wouldn’t be nearly as rewarding if it were, so we plow ahead each year trying to bring you interesting and timely content and introduce you to people doing interesting things in the business community.

This year, we’ve got HLM Financial Group’s Tax and General Manager Mercedes Pasqualetti lined up to share some insight on what President Trump’s proposed changes in tax laws could mean for you. Spoiler alert: the changes appear to benefit who you expect they would.

We also have the lowdown on a new report from the National Gay and Lesbian Chamber of Commerce that shows the power of the LGBT dollar, and how strong the state of Georgia is as far as LGBT-owned businesses.

And wrapping up the section is a look at eight of Atlanta’s LGBT business movers and shakers from various fields including wealth management, subscription meal services, government contracting, apparel design and even dance music (hey, we are a LGBT media source).

Though we typically dedicate the cover of this issue to our financial stories, this time around we made an exception and are devoting it to recognition of the 20th anniversary of the Otherside Lounge bombing. This is an anniversary I’ve had on my radar for a while now. We were looking to do a look back at the bombing last year for our Atlanta LGBT history issue, but then I noticed the landmark anniversary was coming up, so we decided to wait until now.

It’s also the kind of story I would have typically handled in my previous position as deputy editor, but luckily we had our new Deputy Editor Dallas Duncan in place to pick it up, and she did an excellent job marking the anniversary. It’s easy for stories like those to veer into the sensational, “if it bleeds, it leads” kind of territory, but Dallas avoided that and handled it with sensitivity without sacrificing the more difficult angles of the story that needed to be told.

The story is also a reminder that we’re still fighting the same fights and facing the same fears now as we were then. Last June’s Pulse shooting confirmed that.

I had the chance to meet Otherside Lounge’s former manager Dana Ford last weekend at the site of the bar, which is now Midtown Urology. I started taking her picture for the cover and noticed she was smiling. While continuing to take pictures, I told her that I wouldn’t ask her not to smile, but that it might not fit the tone of the article.

“But there has to be progression,” she replied.

And she was completely right. “There has to be progression” is a line that’s going to stick with me like another recent one that’s been in the news: “Nevertheless, she persisted.”

There has to be progression from everything going on in the world right now, there just has to. And we at Georgia Voice intend to tell the stories that need to be told in order to help us all get there.