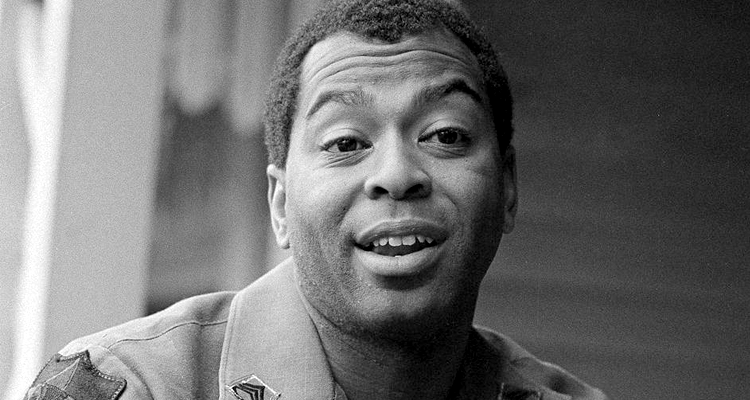 Perry Watkins Takes on the U.S. Army — and Wins

Until the U.S. military lifted “Don’t Ask, Don’t Tell,” it enshrined a “Homo? You go!” protocol. So, why would any queer person want in?

For multiple reasons, some seen in the amazing saga of Perry James Henry Watkins (1948–1996). Perry was born in Joplin, Missouri, to an economically disadvantaged Black family. Perry’s father left early on, but his mom Ola loved her only child and fully accepted his queerness from the time Perry began to have “relations” at age 13. Perry, in turn, was always truthful about such relations. Later, he maintained the racism he encountered daily was more difficult than any homophobia.

Ola got a new husband, and the family moved to Tacoma, Washington, where Perry took high school dance classes and even interned with the Tacoma City Ballet. But as the Vietnam war ramped up, Uncle Sam sent him the “I want you” love letter.

Perry marked “yes” in the “homosexual tendencies” box on the induction center’s questionnaire. He was interrogated by a psychiatrist, then asked if he had any problems serving his country. Nope. So Watkins was “qualified for military service.”

Thus, in May 1968, Perry began his military career as an openly gay man. But it wasn’t all roses, so he sought to leave a few times, referring to his “tendencies.” After all, several white men he knew had done it successfully. But no, his Black self had to stay.

Thinking of college financial assistance, he reenlisted in 1970 for a six-year hitch. Again, Perry said he was a “homo,” and again, the Army said “okay.”

Originally assigned as a chaplain’s assistant, he was removed due to that pesky gayness. He then trained as a personnel clerk. Meanwhile, the Army made use of his other talents. Perry entertained in drag as “Simone” in enlisted men’s clubs in Korea and across Europe. He received several commendations for his work.

Perry was investigated in 1972 for removal from the service due to sexual orientation. Oddly enough, the report concluded his own admissions were insufficient to prove homosexuality. So, he’d stay. And reenlist.

Mysteriously, the Army would continue to try to kick him out. In 1975, for instance, his commanding officer said, “Remove him.” The military inquisitors harped on the fact that Perry admitted having relations with other enlisted men, but would not name names. Eventually, the thick report said his exemplary service record argued for retention “despite” his homosexuality.

In 1978, his security clearance was reviewed. Again, he was retained, and again he reenlisted — for a third time without challenge.

But in 1981, the Army mandated “the discharge of all homosexuals, regardless of merit.” However, this took a lot longer than anyone expected.

Meanwhile, another review pulled his security clearance, which affected his pending promotion. This meant an ACLU attorney and a district court ruling in Perry’s favor. Retained! But on review, the appeals court declared the Army needn’t act against its own regulations.

Meanwhile, Perry decided to go for 20 years so he could retire with a pension. But the Army separated him in 1984 after 16 years. He worked for the Social Security Administration while Watkins v. United States Army wound through the courts. Perry said, “For 16 years the Army said being homosexual wasn’t detrimental to my job. Then, after the fact, they said it was.”

Finally, the court ruled only “a compelling interest” justified gay exclusion. Otherwise, it violates the equal protection clause of the Fourteenth Amendment. So, the Army had illegally fired him.

Perry settled for a retroactive promotion, $135,000 in retroactive pay, full retirement benefits, and an honorable discharge.

The George H.W. Bush administration asked the Supreme Court to review the decision. It declined.

Perry managed to do what tens of thousands couldn’t: he successfully fought the Army. Now he wished to assist those wanting to stay in the military. But the servicemembers support groups weren’t interested — only young, white, and straight-appearing poster boys need apply.

While serving as a grand marshal at New York City’s 1993 Pride, he told an interviewer: “Racism within the gay community is a big problem. The primary reason is that we are a direct reflection of the society from which we come, which is controlled by white males. When the gay community was formed and became political, the leaders were white men, and they brought their prejudices with them.”