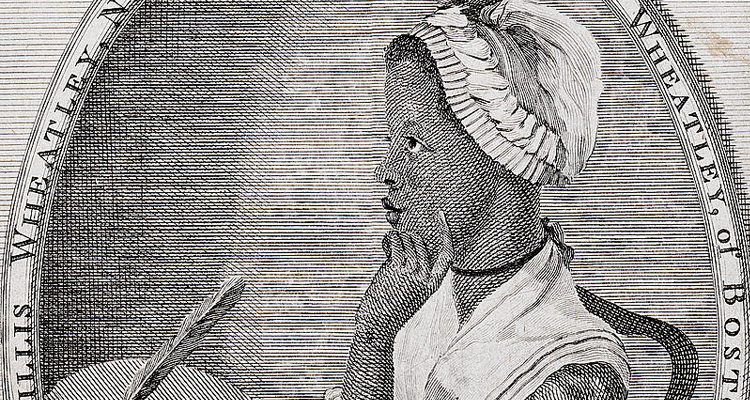 As a lesbian, I learned early on that there were moments in history that don’t make the history books. Even though I was a big fan of Greek mythology and read the brilliant philosophies of Plato and Aristotle, I never heard about Sappho until I did my own research. Same is true for most proud moments in gay history, so I understand that what is covered in school textbooks only reflects the narrow view of the victors. I studied the American Revolution and American slavery, but it was only through TikTok that I discovered the incredible story of Phillis Wheatley.

Yes, I said TikTok. It’s not all about dancing or silly challenges. A brief video popped up on my feed from a woman who made the effort for Wheatley’s name to be known. I’m glad she did, because I took her cue and Googled the woman who I learned is considered the mother of Black literature.

My son is now seven years old and reading, so I try to encourage the behavior by regularly taking him to our neighborhood library. On our last journey I picked up the book Phillis Wheatley by Victoria Sherrow in the children’s section. I have come to realize that children’s books are a great way to learn about new topics without having to invest a lot of time, since they are written in a quick and easy-to-understand way.

Phillis was a slave, taken from her home in Western Africa when she was seven or eight and sold to a prominent merchant family. She was the only one in her family sold to these Bostonians, so let’s understand that this girl who today would have been in the first or second grade was stripped and sold on the auction block, torn from her mother and father. The family that bought her was the Wheatleys, and they named her after the slave ship she travelled across the Atlantic in the bowels of, Phillis.

At her new “home,” she was fortunately cared for and educated and soon began to write poetry. Mrs. Wheatley worked to have Phillis’s poems published, with all credit being given to Phillis and the admission that she was indeed a slave.

Her poetry became very popular and was admired by the likes of George Washington and Benjamin Franklin, both of whom she met. She became well known not only in America, but also in England, yet she found life increasingly difficult once she became a free woman. She died poor, and her unmarked grave has never been found. Over time, though, her contribution as only the second woman ever to publish a book of poetry in the United States led to the Governor of Massachusetts declaring February 1st “Phillis Wheatley Day” in 1985.

I came out of this new knowledge shocked and frustrated that this woman’s tale is not a common one known by the general public, nor a whole chapter in my grade school history book. Of course, there are many incredible stories from minorities that never see the light of day, and it saddens me that these same minorities don’t feel seen today because of it. It is true that representation matters, but even if you don’t see yourself in books or on screen, trust that people like you absolutely achieved wonderful things, and so can you.