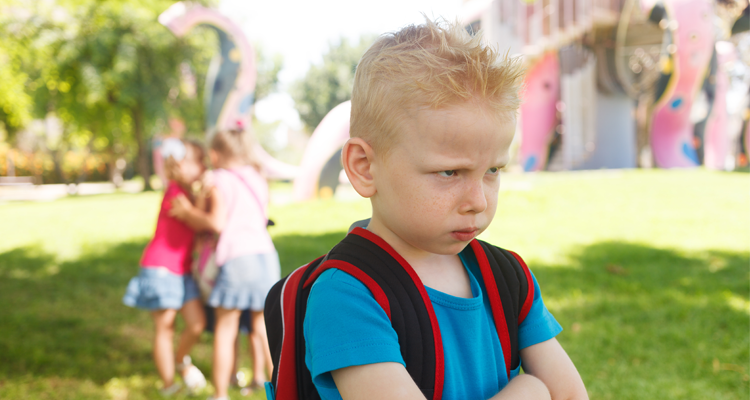 Humans are creatures of habit, whether we realize it or not. I was reminded of this when my son asked me to talk with some of his classmates about their behavior on the playground.

He explained that Avery and Elliott (not their real names) often give him a hard time. For instance, Avery informed him once that she was a real elf and would be returning to the North Pole soon. Elliott apparently accuses Mr. Carter of cheating at games they play, even when the game was created by my son.

Apparently, I’m the final say on whether or not these children’s claims are accurate and need to come to school on the final day of class and explain to them everything they’ve gotten wrong this year. Of course, I refused the invitation, explaining that these matters were for him to take care of on his own.

As an adult, this may seem trivial and easy to discard. However, I recognize that these interactions are actually the politics of recess, and my son is learning to navigate his way in this new social world.

One element of politics is negotiation. I’m sure the way I handled Will and Brad (their real names) when I was in kindergarten is why I continue to struggle with getting what I want today. We were playing Cowboys and Indians, and I was the squaw that got captured and tied to a pole — with real rope. I tried to negotiate my release, but all I got was left behind while the two boys found another game to play. I’m not sure how long I stood there until another classmate took pity on me and untied my bonds.

Playground politics also requires one to make laws that govern the group they’re in. I bet you could name the kid on the blacktop who took it upon him or herself to pick the teams for kickball. In my class there was a guy named Jimmy (also his real name) who was always at the forefront of who gets to jump on the merry-go-round midflight or climb to the top of the monkey bars. However, you eventually learn the more people who get to have their say in these laws, the better the game for everyone.

Exercising force is sometimes necessary in politics, especially when you’ve endured loss. Yvette (yep, real) was the fastest girl in our class by far. We’d often have official races during recess, and she beat not only the girls but most of the boys too. I knew I could outpace her if I set my mind to it. Sure enough, after months of practicing in my front yard, I faced Yvette on a hot spring day in the finals of the girls’ race and won!

My final advice for Mr. Carter was, “You happen to life; life doesn’t happen to you. I explained he could choose to play with other kids who treated him better. He was shocked. Choice? Him? Yes! He has been in the habit of playing with this same trio and never once contemplated moving to another area of the playground. I’m not sure if he will, but at least now he’s armed with a tool that many of us take for granted: we are what we choose to surround ourselves with.