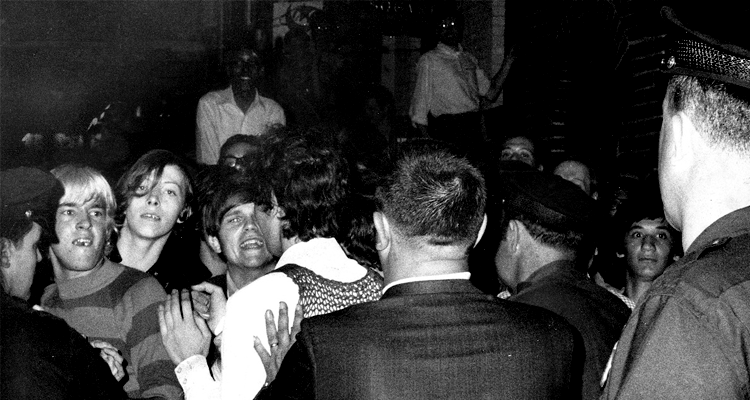 Pride’s a Protest, not a Party

Pride is a simple word, but one that doesn’t go without a complex meaning to so many. The queer community has taken that word and attached feelings of hope, love, and humanity to it, and has done so with the promise of one day having equality — equality not only in the world, but furthermore, even within our own LGBTQ+ community. While we have come so far in our fight, to this day Pride itself is more than just a party; it’s a protest rooted in the fear of not having a future.

Growing up in metro Atlanta, I never dealt with a world that invalidated my sexuality to a point of it being a life-or-death situation, and while I am thankful for that, I still had to deal with ostracization, hate, and cruelty. The reason it hurt so much was because it came from people who “loved me” only in the absence of my sexuality being tangible. The same people who built me up to be a great person in their eyes then weaponized something that I hadn’t even contextualized as being valid. This is the struggle for many, and this is why being queer identifying can be the bane of some people’s existence.

During this time in my life is when I realized the true meaning of what pride meant to me. It meant a future where I could be myself, surrounded by love, and do whatever I wanted, however I wanted. In 2016, I went to my first Pride festival, and that changed everything for me. I could see the world in a lens that made so much sense to me. I understood everything without knowing anything at all. The way I felt just felt so correct — so validated, finally.

When thinking about Pride, this feeling isn’t unique just to me, nor did it start with a festival filled with circuit parties and a list of performers who fill your heart with glee. It started with the raid of the Stonewall Inn in NYC’s Greenwich Village. This bar served as a safe haven for people in the queer community at time when homosexual acts were illegal in most states and transgender individuals were suffering from persecution and violence. This raid was met with a resistance that would change the trajectory of LGBTQ+ rights forever.

In 2021, the fight for human rights extends beyond the LGBTQ+ community and lies within an intersectionality that so many queer people exist in. This is where I steer the conversation toward the welcomed uprising of people fighting for rights for Black humans in America. During the peak of the pandemic, there was a sudden spike in crimes committed against Black people in our country, done so by the people paid to do the complete opposite. This time the response was different, similar in nature to how people reacted to the raids at the Stonewall Inn. Both served as the final straw for so many.

Being Black and gay in America has plagued me in ways that affect me differently from others, but still exist along the same parallels. I am seen as the outsider at times in the world — even within each respective community. This is a struggle for me, but one that I refuse to succumb to. I will put my honest foot forward in every room I enter, and look beyond the hate, hoping for a future where I can simply exist as Dante.

Dante is the Founding Chief Host and Lifestyle Expert of The Gayly Dose, an Atlanta-based podcast hosted by an all-gay cast. Unique in its mission and follow-on format, weekly episodes are known for their real conversations about things that matter to the community and their listeners. Purposefully candid and brutally honest, the cast speaks on a range of topics including monogamy, body issues, coming out, dating apps and growing up gay in the church. Listen at thegaylydose.com.