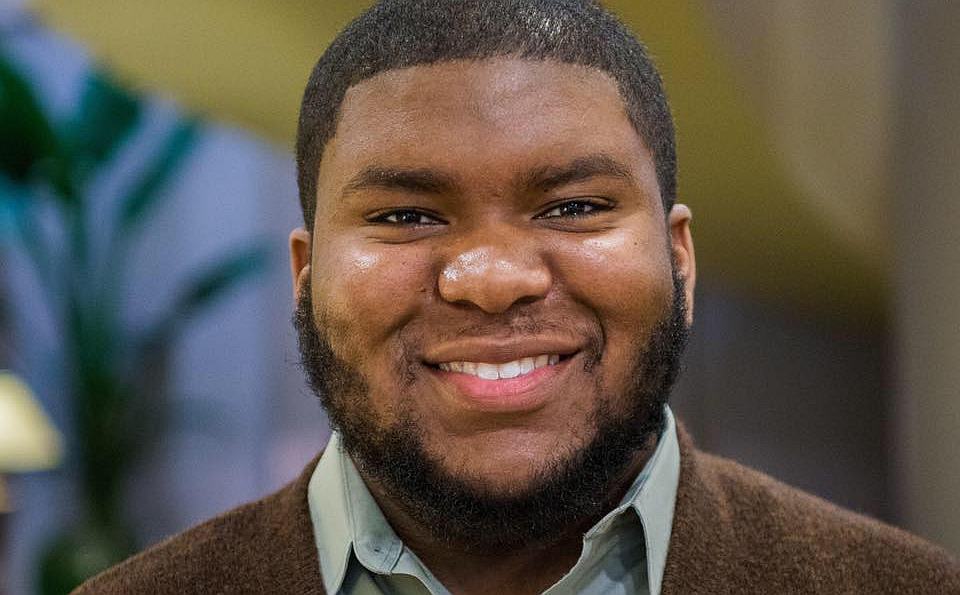 Ramon Johnson: Help me win a scholarship to improve LGBT lives at Morehouse

AT&T teamed up with the Human Rights Campaign to launch the Live Proud On Campus scholarship contest, and Morehouse College student Ramon Johnson made it as one of the 15 semi-finalists. Three winners will be selected to each receive a $10,000 scholarship, a trip to Washington, D.C. to attend the HRC National Dinner later this month, $2,500 to help bring their project ideas to life, semester-long mentorship with HRC leadership and a tech suite package that includes a tablet, smart phone and device cases to help them during the school year. Johnson makes his case below, and you can view his entry video and vote for him here.

Being selected as an AT&T Live Proud finalist and scholarship winner would be amazing! As the only black and queer semi-finalist attending an HBCU, it’s imperative for viewers to know that there are black students like myself who are actively working to facilitate a campus environment that is safe and affirming for students of various gender and sexual identities on HBCU campuses. Doing this work helps dismiss deeply entrenched perceptions of black people as being inherently homophobic as well.

Unfortunately, HBCUs like Morehouse contain administrative practices and leadership whom are consistently complacent when it comes to embracing our LGBTQ+ students, and providing them with tangible resources. Despite the number of allies and graduates who show support to our LGBTQ+ students, it is our institution’s dominant administrators and homophobic alumni who actively dismiss our efforts. These problems often go unchecked by majority of our heterosexual and cisgender students and the majority of our graduates of the institution from all sides of the gender and sexuality spectrum.

Oftentimes, the labor and intellect of LGBTQ Morehouse students is used excessively to offset the lack of institutional LGBTQ support. Some of us literally function as LGBTQIA+ coordinators without pay. I know the feeling of being used and not being welcomed all too well, and understand that heterosexual and cisgender students, professors and administrators must work to change this; not just the LGBTQ+ students.

My forthcoming documentary, “Evidence” explores this issue and centers the narratives of the very students my institution deems as disposable; particularly students who aren’t heterosexual and fail traditional/ respectable gender roles. Receiving the support to archive and actively address these issues can really help amplify this work. More importantly, it can help hold my institution accountable to resolve our issues:

In short, receiving your support and amplifying what’s currently happening on campus can effect what will be installed to permanently mitigate anti-blackness, homophobia, trans antagonism, queer erasure and sexual and gender violence on campus.

Click the following link to vote for me every day until October 11.