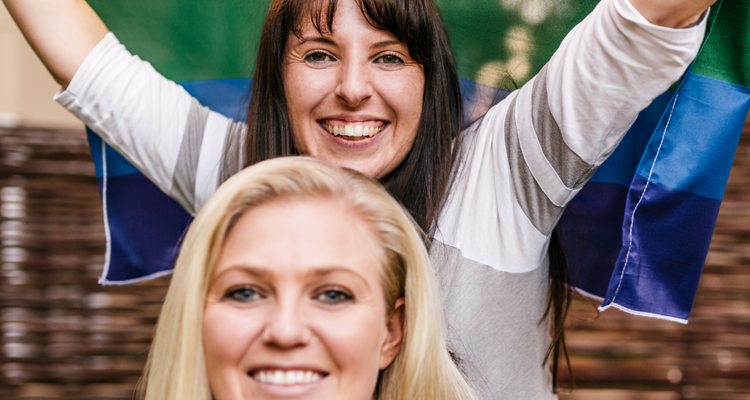 Reaching the Big ‘L’ in the LGBTQ Market

I was asked to be part of a collaborative project with a local PR firm that focuses on the importance of women and their spending power when it comes to advertising. My contribution would incorporate the voices of lesbians within that group through research of studies centered around us. However, I discovered a lack of focus specifically on the lesbian market. In fact, when trying to find studies or articles on the lesbian community alone, the results are scarce.

It made me aware of a potential trend in the LGBTQ community that seems to happen in all groups: the women get left out. Yes, there are plenty of studies on the LGBTQ community as a whole, but as our community grows and the initialisms that describe us lengthen, I’m afraid not as much attention is given to the “L” in our alphabet.

I was a recent guest on the aforementioned PR firm’s podcast, during which I was reminded of this issue when recalling a conversation with a gay male friend years ago:

I’m proud of the fact that more letters can be added (to LGBTQ) because our community is giving to each other. But I will say there was a comment made one time by a gay friend of mine back as the AIDS crisis was diminishing. It was what if the lesbians got AIDS and not the gay men, would the gay men have come to their rescue? And the answer was no. More than likely the gay men would not have come. Because what made the gay community really cohesive was the AIDS crisis, and lesbians came to the defense and the help of their male counterparts. Lesbians are the least affected by the AIDS crisis. It was interesting to me because that was the first time I felt a difference when a guy said that. His comment was, “thank god the men got it and not the women because the women would have been left on their own.”*

This was not a theory of mine. Again, it was an idea conveyed to me by a gay male who was sure that his assessment was accurate. Even as lesbians buck the traditional stereotypes of women as meek and unable to stand up or do for themselves, they still seem to fade into the background within our community. People are excited to have their Gay Best Friend, yet no one is giving the same effort or bragging rights to having a lesbian in their circle.

I am proud of the accomplishments of Atlanta’s LGBTQ community, and of the potential it has to lead the country with such an impressive collection of residents. It is a great feat to organize and manage voices from such different walks of life and experiences. Ours is unique because we gather from different genders, races, economic backgrounds, and identities. Yet, we welcome with open arms everyone who feels disenfranchised and offer shelter to those whose own families turn their backs on them. We are our own family, but as that family grows, I trust the balance will be maintained and no patriarchy forms.