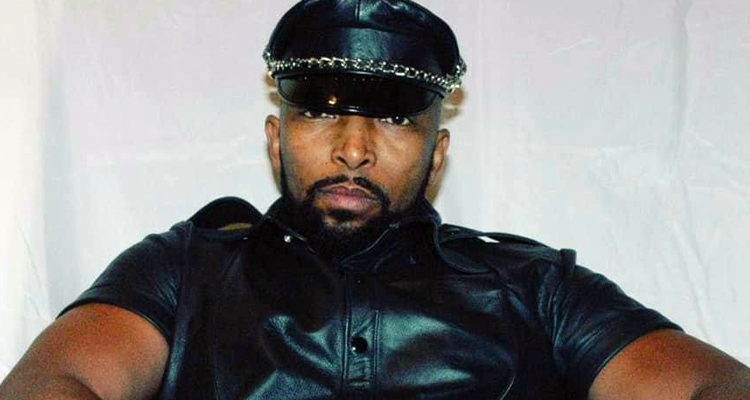 Reflections on the Black Atlanta Leather Life: A Perspective for Black History Month

In 1997, when my military service ended, I returned to Atlanta. I set out to discover who I was and what was guiding me toward the man I would become. I knew I was gay, and I was intrigued by the notion of the kink/BDSM world.

After a stint in the Miami/Fort Lauderdale area, I once again returned to Atlanta, this time with a newfound freedom of spirit and the knowledge that I now knew who I was. Fearless and ready to explore, I began my journey into the leather life.

The gay and leather scenes in Atlanta have always coexisted, yet they rarely mingled. I was introduced to Onyx, an organization focused on people of color, bisexuals, and gay men. Prior to this introduction, my overall perspective had been limited. Onyx offered the opportunity to accept my self-determination and allowed me to embrace my agency over my Blackness and my place as a Black leatherman.

I have to admit that at that time I knew little about the divide that had existed within the various subcultures of the kink/BDSM community. Sadly, racism had a place alongside that divide, and it continues to.

The Atlanta Eagle, a bastion of the Atlanta leather community for 38 years, has provided safe space and a warm welcome to Onyx SE and other organizations as a home bar and venue for club events.

The synergy between the Eagle and Onyx, combined with DJ Ron Pullman’s sounds, create an amazing harmony and a stronger experience for Black leathermen.

The Hideaway, under the direction of Jeffrey Gwenn and “Mother,” has also remained a safe and welcoming space.

An original Onyx Pearl shared a personal reflection with me that took place at Bulldogs in the mid ’80s. She recalled being the very first POC to gain entry to the then “hardcore all-white male leather bar.” There was Backstreet, the Armory, and The Cove in Morningside; POC visibility in the leather life was on the rise.

In 1984, Ron Moore became the first Black man to take the title of International Mr. Leather. His message and visibility in turn helped reinforce and shape the visibility of many Black leather communities across the U.S.

In 1996, Jill Carter became the first International Ms. Leather. Genelle Moore followed in 1997, which made Ron and his sister the only standing brother-sister duo to hold international leather titles. These pioneers and countless others afforded POC a way forward and paved the way for so many amazing competitions and victors. The momentum is still here.

In certain spaces, I would hear that the Tom of Finland man is the “ideal” leatherman and anything less is substandard. I also began hearing these supposed truisms:

“Black men do not look good in leather.”

“Anyone with dreadlocks should not wear leather; the two don’t go together.”

“I would love to have a Black submissive.”

“Have you ever been dominated by a white leather daddy?”

These ideas are damaging and only serve to limit potential for POC in the leather life. Due to my mentorship and learning about Black excellence and leather leadership, I never subscribed to that line of thinking.

The truth behind many accounts observed and witnessed by Black people was fact-checked by the late Vern Stewart, affectionately known as “The Wicked Witch of the East.” He shared countless stories during Onyx Blackouts at the Parliament House in Augusta, Georgia, and in the Atlanta area. Vern was an original influencer!

The history of POC leather dates back as far as gay culture. The Atlanta Black leather community is a subculture just like R&B and rap are. We inspire and we influence. We move forward to provide space for more diverse and inclusive change.