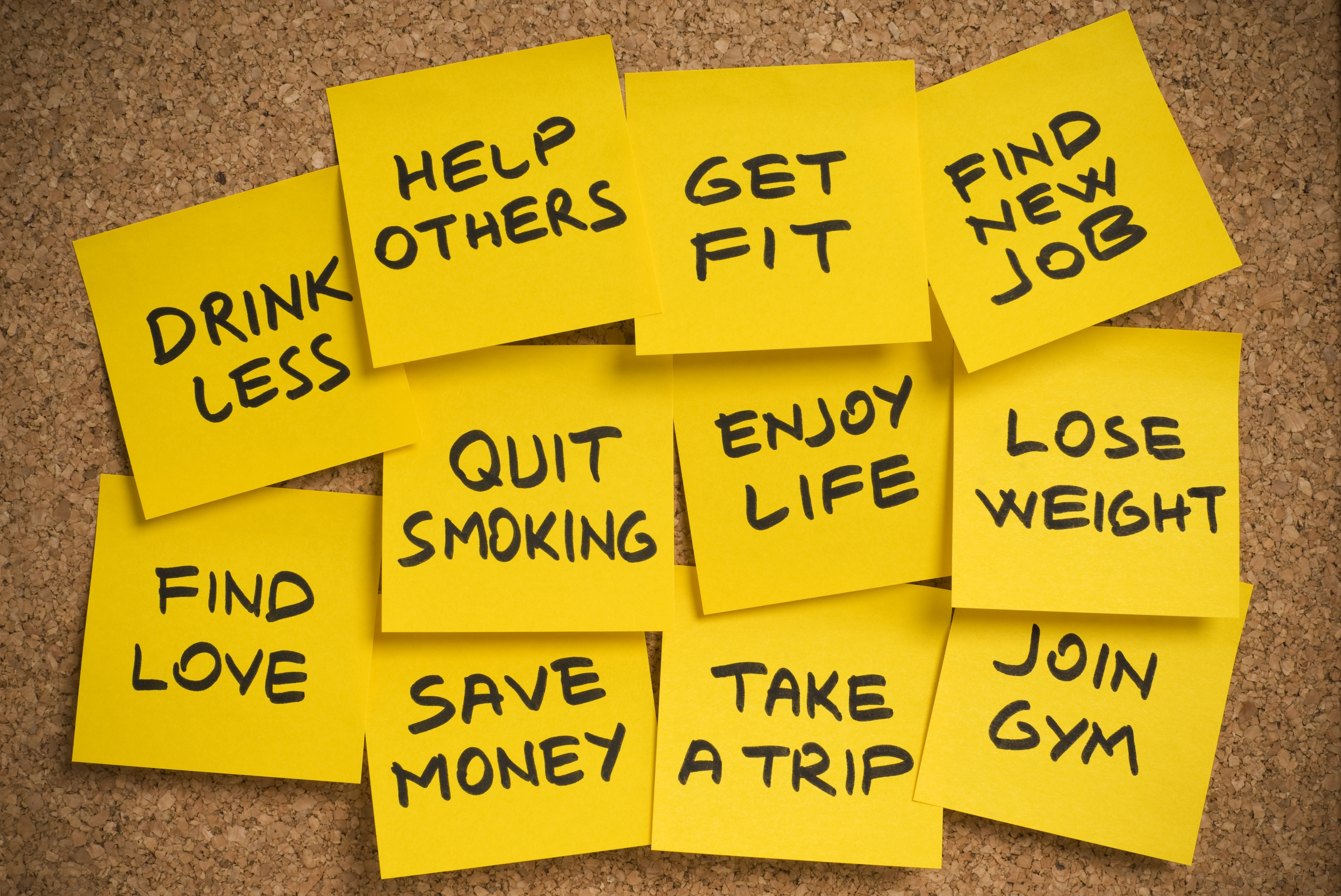 Let me be clear: I’m not qualified to give advice on the keeping of New Year’s resolutions, in large part because I haven’t made any in years. Instead, I let my brain roam free at the end of each December, stringing together a series of vague, half-formed fantasies about all the things I’d like to change (More money, more exercise, more writing), and then I let those fragments putrefy just beneath the surface of my daily activities.

I use the word putrefy on purpose. Because those half-baked resolutions don’t just disappear. They decompose. They rot. And the lingering scent of their spoiling haunts me all the way into the next December. By then, I’m repulsed by the remains of all the things I sort of meant to do.

I’ve read the expert opinions. I’ve listened to my mother, who not only dispenses motherly advice but also has a doctorate in educational psychology and studies how people implement behavioral changes. I know of the conventional wisdom. First, start small. Commit to a new running routine, but don’t force yourself to train for a marathon just yet. Then, make concrete goals with measurable outcomes and achievable timelines (Challenging yourself to run three days a week is more helpful than a vague commitment to simply run more). And, use visual cues. Tell yourself: when I wake up and see my running shoes, I will go running. And yet, here I am, living with not one, but two pairs of barely-used running shoes and a set of strikingly underdeveloped calf muscles.

I think I resist resolutions because I’m too ambitious for my own good. I write, make movies, and hold down a full-time job that pays the bills. My notebooks are full of daily checklists, and even if I can manage to complete them, I’m already on to the next one. Instead of appreciating what I achieve, I obsess over shortcomings. Last month, I spent the better part of a day in bed with ongoing chest pain, acutely aware of all that I wanted to do that day but too anxious to try any of it. Not surprisingly, I felt terrible. I kept badgering myself with the same set of questions: Why haven’t I accomplished more? Why do I have so little to show for myself?

Maybe I resist resolutions because they always end up feeling too small, too petty. I’m not interested in changing one or two bad habits. I’m interested in being someone else. With that impossible desire looming over me, I felt the full weight of my inadequacy, immobilized beneath my suspicion that who I am is who I’ll always be, that my feelings and circumstances and shortcomings will never change. My December was thick with fear, so when January arrived, I chose my usual spineless reveries over concrete plans. I was convinced that even if I could keep my resolutions, they still wouldn’t be enough.

The nature of resolution implies the possibility of control, not only over ourselves but over the year itself, a conviction that we can bend some segment of the infinite according to our will. But the nice thing about time – that is to say, our rate of change, the duration of circumstance – is that it will always be outside our grasp, hitting us with the unexpected.

I’ve had a few such surprises already in this young year, tiny but potent blessings that give me hope: an unseasonable warmth for my morning walks, the unexpected satisfaction of watching American Ninja Warrior, an adorable sloth-themed wall calendar that I never planned on buying but now hangs in my bedroom. I see these as positive omens, signs that the year will come through for me in weird ways that I cannot expect, but vow to cherish anyway. Perhaps the year can do without my lists, my chest pain, my anxious spinning. Maybe the year will bring its changes to me.