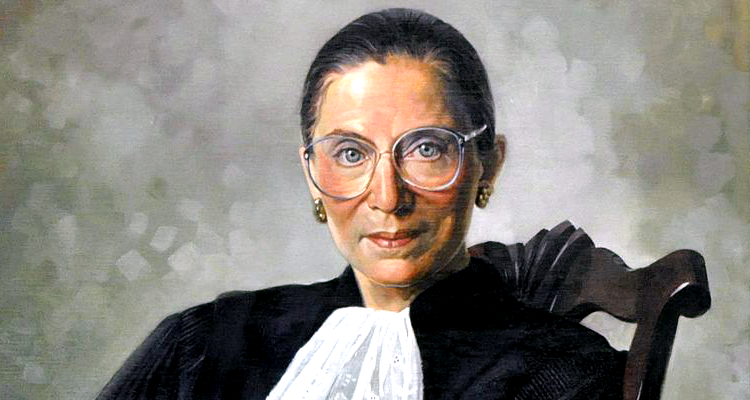 About five hours have passed since I found out about the passing of Justice Ruth Bader Ginsburg. I am grieving. I went from feeling like I was handling the election season fairly well to finding it hard to breathe … like I got punched in the gut. I am numb. I feel like I did after Hillary lost the election in 2016. It’s surreal. I feel sick, scared and hopeless with the odd feeling of impending doom. I am seeing that the world really is in a dark place and that maybe we really are at the end of days.

The world has changed so much. Everything is so different, and it’s happened so quickly. The world was simpler, kinder, and the only hate we had to fear was usually coming from other countries. Today the call is coming from inside the house. It is here. Times are changing. We are not united. It feels more and more like it is us versus them, and I don’t know who will actually win. I don’t know if I even want to stick around to find out.

Living in America is like being in an abusive relationship with politicians and power. Ginsburg hasn’t even been dead two hours, and Senate Majority Leader Mitch McConnell has already announced that he will push a Trump nominee through the system for the Supreme Court before the election. The hypocrisy of this statement compared to what he said in 2016 during an election year is sickening. In 2016, McConnell said: “The American people should have a voice in the selection of their next Supreme Court Justice. Therefore, this vacancy should not be filled until we have a new president.” Because President Obama believes in democracy and decency, he didn’t press the issue. If McConnell ignores his own rhetoric and pushes a justice through less than two months before an election, we will all witness the most hypocritical move in the history of modern day politics.

Last month, I wrote a column about this election being more about the next Supreme Court Justice than President. The Supreme Court position lasts a lifetime, and because of this Donald Trump’s influence will live on long after he dies. The hate, the division, the lying, the cheating, the disrespect and the gaslighting brought on by this president will now be a part of the American fabric for years to come.

It will only take three Republicans to decide whether or not they will vote for a replacement just six weeks before the election of our lifetimes. Their choice very well could break an already fragile country. Hopefully, there are a few Republicans left who still have a soul and believe that America is a place where all people need to be represented.

We all knew the day was coming. Ruth held on for as long as she could. The pressure for her to live until 2021 must have been excruciating. My heart breaks at the thought of her final wish; it wasn’t for her husband, her daughter or her destiny. It was for us: our country, our women, our LGBTQ community, our freedom. “My most fervent wish is that I will not be replaced until a new president is installed,” she said. She was looking out for us until her final breath. Will the Republicans respect her final wish?

Ruth Bader Ginsburg’s death has thrown gasoline on the fire that is this already frightening election. I am truly worried, and I wish I could leave now until it is all over. If this doesn’t make you want to get out and vote, then I don’t know what will. While I still think Joe Biden will win, I know it will be a long and intense ride until Trump leaves on January 20th. What is going to happen in the next 16 weeks? Will America survive? Are we prepared for the marathon that is ahead of us?

I woke up feeling good today. I believed our country was going to pull through, and I was finally seeing some light at the end of the tunnel. I had hope for the first time in a while.

It is now 12:47 AM on Saturday, September 19th, and unfortunately I am not sure about anything anymore.