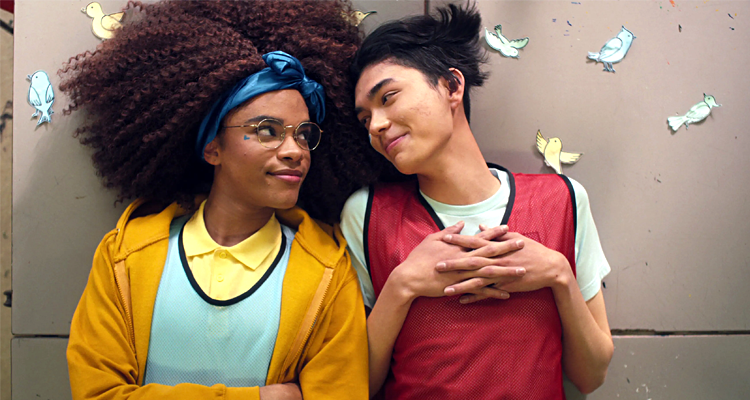 Shifting the Narrative on Coming Out and LGBTQ Youth

To be completely transparent, this is the first Pride month where I’ve started to feel really comfortable in my own skin as a queer person. It was something that I fought for so long, and to be out and feel proud of who I am is truly one of the most freeing feelings in the world. Coming out is a lifelong process; it’s not just something that happens once. We’re always coming out to people, gauging the room, evaluating people and situations and deciding if the environment and people are safe to come out to. I think when people are beginning to come out, they can often feel a lot of pressure to look or act a certain way based on stereotypes.

In college, as a musical theater major, I was surrounded by so many incredibly out and proud queer people, which was amazing to witness, but looking back I subconsciously felt that my own queerness was not as valid because I wasn’t out and proud in the same way they were. As I continue to navigate my own queerness and become more comfortable with who I am, I find it reassuring that being “queer” means whatever I want it to mean for me.

The representation that younger queer people have nowadays has changed a lot in the past couple of years and is vastly different from the representation my mums’ generation had. Of course, there were queer music artists at the top of the charts and on screen, but my parents grew up in a time where being out wasn’t something that was openly talked about. You had to find other queer people in much subtler ways than we do today.

Homosexuality was still listed as a mental disorder until 1973, when the American Psychiatric Association (APA) removed it as a diagnosis from the Diagnostic and Statistical Manual. And while there were films portraying queer relationships that were revolutionary for their time, the stereotypes they represented were not always positive, and many older films about queer storylines ended in death and/or tragedy for the queer characters. Luckily, in the past 15 years — even the past three years — positive queer representation has made its way into the mainstream media.

These media in the past couple of years have had an enormous impact on my coming out journey. Having queer television shows and films that accurately portray the queer experience and influential gay artists like Lil Nas X are essential representation for young queer people. Seeing a talented queer artist making art about his queerness and becoming even more successful for it was one of the things that helped me embrace my sexuality. One of the biggest moments that impacted me was the scene in “Schitt’s Creek” when David speaks to Stevie about liking “the wine, not the label.” Watching this, something inside of me clicked and I suddenly thought to myself, “Wait, that’s me! That is exactly how I would describe my sexuality.” It was the first time I’d seen a pansexual character onscreen, and it was pure and simple the way the writers went about it; it wasn’t treated as a huge deal, it was just David living his life, buying a bottle of wine.

The new Netflix show, “Heartstopper,” instantly became one of my favorite shows. The representation of the LGBTQ community is so beautiful to see, and I know if I’d had a show like that when I was younger, I probably would have come out a lot sooner. While media like this is something I wish I had when I was growing up, I am elated to know that kids can watch something like it and know that things will be okay. It’s also great to know that queer representation can only get better and more inclusive from here on out.

The word “community” is one of the first words I think of when I think about the queer experience as a whole. The idea that it’s important to have a community as a human being has been stripped away as hyper individualism has risen to combine with capitalist practices. Being surrounded by people like me, who understand my experience, has also had a positive impact on my coming out.

I recognize that I am coming from a place of privilege writing about this while living in an extremely urban and queer-friendly area. After college, I moved to a different city from all my friends, and the significance of community wasn’t something I fully understood until it was gone. If I could send a message to young queer people, it would be that you don’t have to come out before you’re ready, but when you do, just know that there’s a wonderful community of people here to support you. You are not alone.