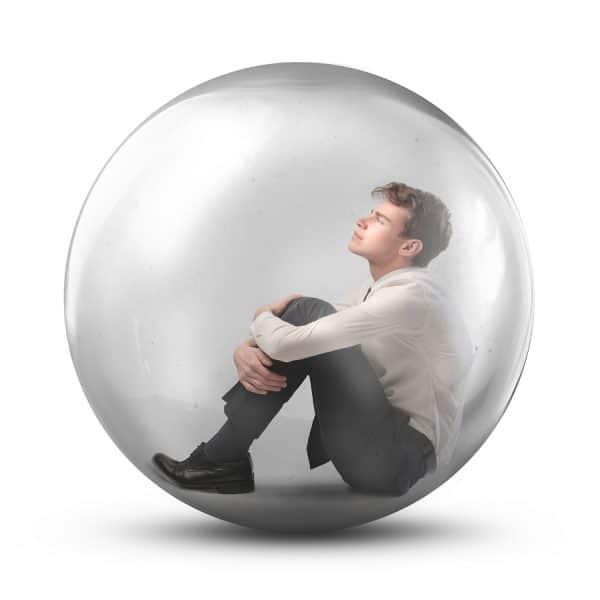 Sometimes “Y”: Trading in a Closet for a Bubble?

In 2018, I received an apology I wasn’t expecting, as well as a kiss I can’t remember. Both instances were reminders of what happens when you come out to a large group of people, whether it’s family, co-workers, a church or sports club: most of the discussions about who you are and what you do take place outside of your presence.

Coming out often results in a fascinating redistribution of authenticity. Just as the LGBT individual is revealing hidden aspects of his or her personality, the recipients of the news start to guard their emotions and words, presenting only the most tolerant version of themselves. It’s almost like you exit a closet and step into an anteroom, with folks visiting and checking on you before returning to a separate chamber. There, the primary analysis of your character and how it fits into the larger group takes place by committee.

I received nothing but support from my fraternity brothers when I came out to them, but those closest to me provided regular updates about conversations some brothers were having among themselves. As hurtful as those reports could be, it felt helpful for my fraternity brothers to have a space where they – together – could honestly process my revelation and how it altered their understanding of the world.

Earlier this year I got a voicemail from the guy who recruited me into the fraternity and groomed me to succeed him as chapter president, apologizing for the things he said and did in response to me coming out 16 years ago. At our fraternity reunion in June, I assured him I had no memory of him mistreating me or of his reaction being unordinary.

“Well then why didn’t you return my call?” he asked.

“You obviously felt there was something to atone for, so maybe you know more than I do,” I said. “I knew I would see you here, and so I thought I would let you have a couple more months of repentance.”

For most of my adulthood, I’ve run in social circles where coming out would be as ridiculously unnecessary as announcing that I am bi-pedaler or have made the lifestyle choice to breathe oxygen. The bicycling groups I discovered this year reintroduced me to the concept of being semi-closeted, only because there were few opportunities to talk about sexual orientation aside from potential jokes when discussing lubes and chain lengths.

I’d had “the talk” with a few riders, but it was several months into our bonding before the opportune time to tell the entire group I was gay. As usual, the reaction I’ve received was ideal, but as usual, I know only half the story. When having dinner with a cycling friend the other day, he talked about how he learned I was gay from hearing about how I kissed a man.

“Yeah, I heard that you kissed a dude, and so then folks got together and were like, ‘This is what the deal is, and it’s cool, so just watch what you say around Ryan,’” my friend said.

As comical as the misinformation is, it’s unsettling that for me to be myself, some of those closest to me feel like they have to censor themselves. I don’t want to trade a closet for a bubble where off-color humor or challenging thoughts are unwelcome, because when folks have to watch what they say in my presence, their most honest sentiments remain unseen.